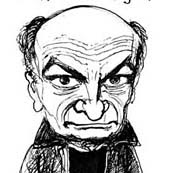 Kahn! Kahn!!! Kaaaaahhhhhnnnnn!
Finally the Post has put up Richard Thompson's Cut & Play Shakespeare Festival. I'm making mine now - that Michael Kahn was tough to cut out, but it's tempting to photocopy dozens of them and turn them loose on the world. Or perhaps just stick them in the Globe models in the National Building Museum exhibit.
Posted by Mike Rhode at 6:34 PM