The Library put up an online version of the exhibit, but had to leave out some of the images. For those who were wondering what they were missing, we present this gallery. The description and numbering are from the checklist, which has links to all the other images. 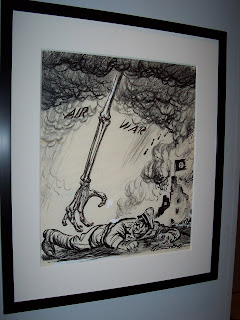 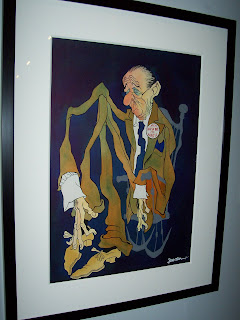 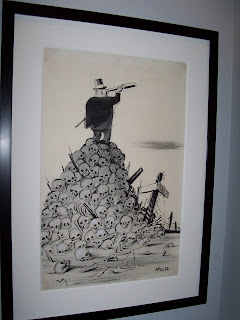 William Gropper. Fat man with telescope standing on a mound of skulls
Possibly published in New Masses
Ink, crayon, and opaque white with spatter over blue pencil, between 1920 and 1940
LC-DIG-ppmsca-03602 (12) 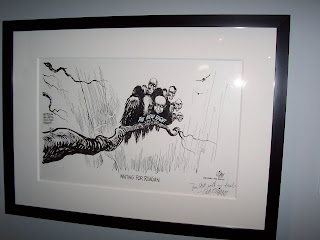 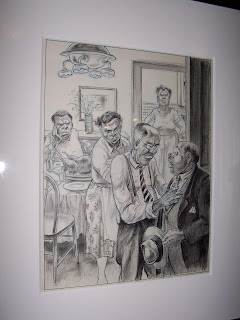 Ollie Harrington. Bootsie. "Brother Bootsie we really appreciate you droppin' in to wish us Merry Chris'mus but we got a few things to do right now, so drop by some other time -- aroun' the first of April for instance!" December 30, 1961
Drawn for the Pittsburgh Courier
Crayon and ink over blue pencil underdrawing
LC-DIG-ppmsca-03492 (33) 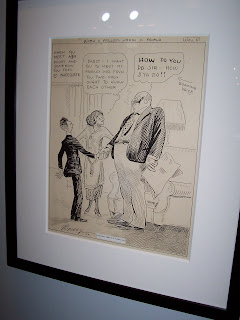 Clare Briggs. When a Feller Needs a Friend. When You Meet Her Daddy and Somehow You Feel So Inadequate, 1923
Published by New York Tribune, Inc., November 5, 1923
Ink over graphite underdrawing with paste-on
LC-DIG-ppmsca-03607 (34) 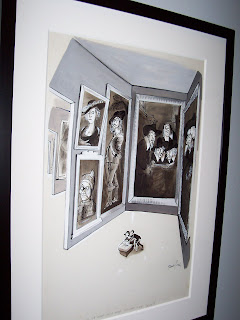 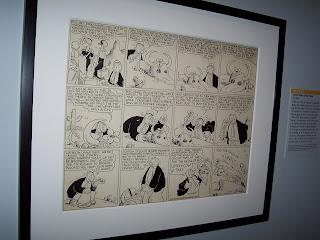 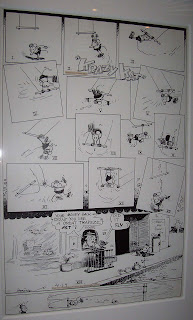 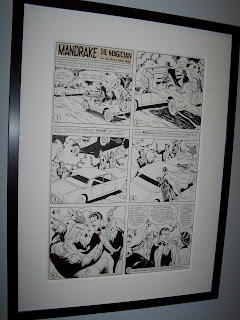 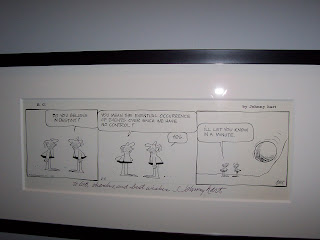 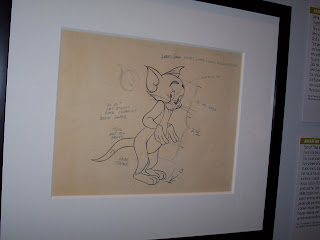 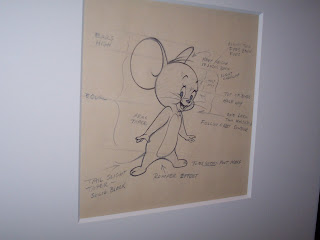 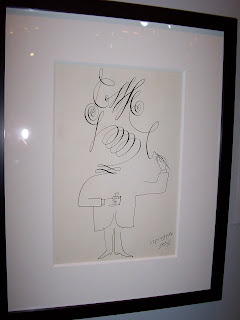 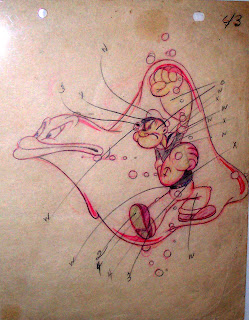 Fleischer Studios. Popeye fighting his way out of a jellyfish, ca. 1940
Preparatory drawing for Females is Fickle, directed by Dave Fleischer and animated by David Tendlar and William Sturm, and released by Fleischer Studios on March 8, 1940
Graphite and colored pencil
LC-DIG-ppmsca-12917 (97) 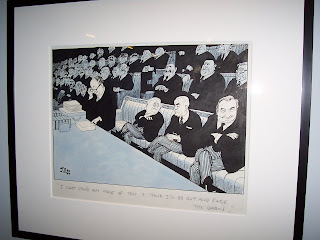 Raymond Allen Jackson. "I can't stand any more of this, I think I'll go out and face the unions," 1969, Probably published in the London Evening Standard, April 15, 1969
Ink brush, crayon, opaque white, and watercolor wash over graphite underdrawing
LC-DIG-ppmsca-03297 (101)

and some special bonuses-- 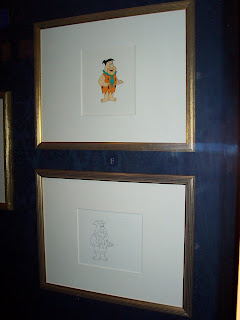 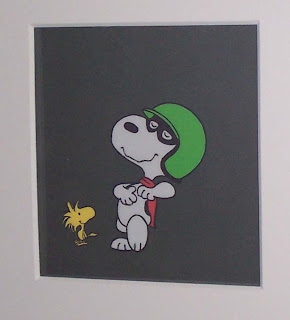 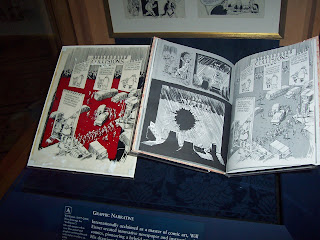 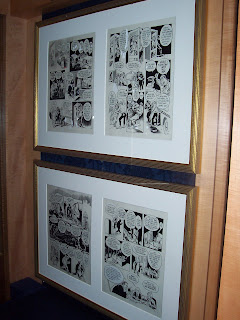 Thanks for this excellent public service. I especially like the Jensen Johnson in the exhibit. Now if I can just get down there to see the whole thing again before it closes.

Yes, that was a nice one, wasn't it? I took my eight-year old daughter so we spent most of our time in Animation, Illustration and Comic Strips, but it's a show that you can see more than once. It was very busy today.