Catching up with Shannon Gallant 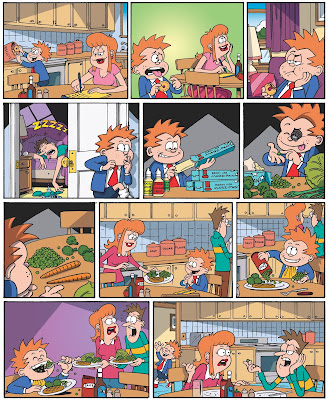 Next month, I'll be moderating a Nerds in NoMa panel on March 12th on "Comic Converts: The World of Comic Illustrators in D.C.” One of the attendees will be Shannon Gallant, a local comic book artist whom I've interviewed several times. He recently finished his work for the miniseries G.I. JOE: A Real American Hero vs. the Six Million Dollar Man.

I’m contributing strips to Beano (the UK kids magazine), I’ve got an issue of Ghostbusters coming out in April as part of the anniversary celebration of the franchise, and I’m doing a fill in issue for GI Joe:Real American Hero.

You're known for your work on GI Joe in America, with a long run drawing it for IDW. How did you begin working on a traditional British comic?
Ned Hartley, who used to be an editor at Titan Comics (where I drew Shrek, and Torchwood) is a contributing writer for BananaMan in Beano; some might know the cartoon that aired on Nickelodeon alongside Danger Mouse. He recommended me, and after some audition pages, I’m getting to fill in for a few artists on maternity leave. As a friend said to me, let’s hope the regular artists continue to expand their families! 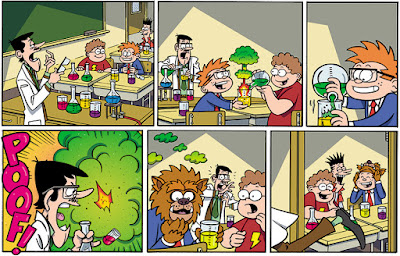 Any idea how people can buy it in the States?

The easiest way I know that someone can get Beano is digitally through their app. Otherwise, it would be a hunt for a store that specializes in British imports, or a comic shop that does the leg work. I barely have any because the company doesn’t send copies. I’ve had friends who were traveling, or have relatives, smuggle... I mean, bring some over. Weird thing is, it’s the highest circulation comic I’m involved with. Last issue apparently almost hit 50K. 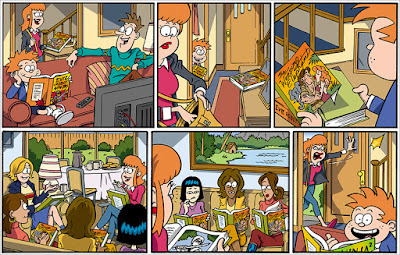 Here are some scenes from the Ghostbusters comic dropping in April. This was fun, because I got to ink it all myself, both cover and interiors. My upcoming GI Joe work will have an inker on my pencils. 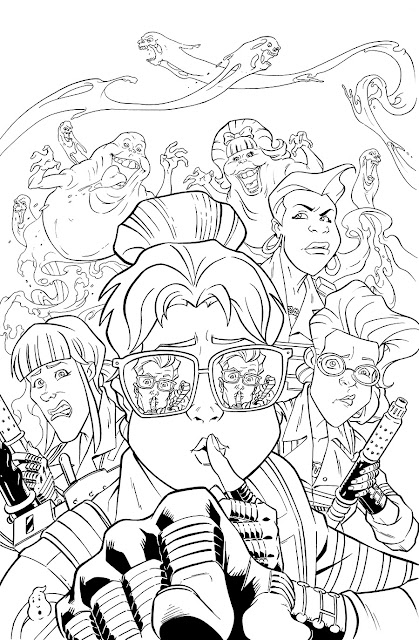 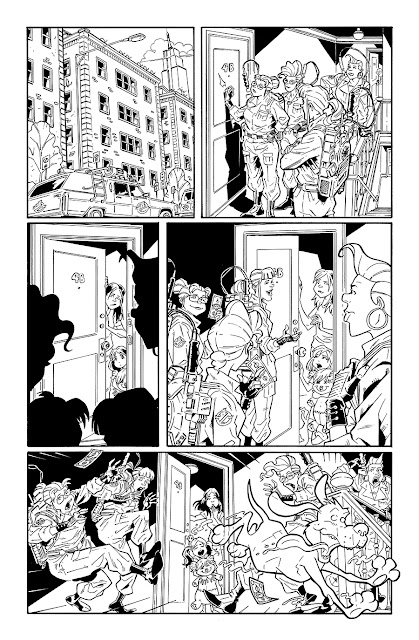 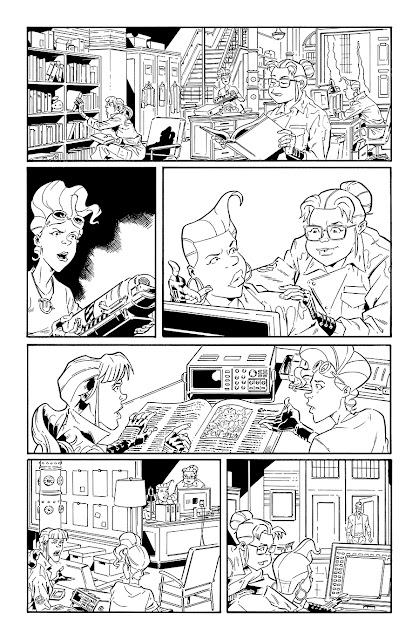 Which GI Joe title are you on?

It’s the classic title “Real American Hero”, but I'm not sure of the number that I restart on.

Posted by Mike Rhode at 11:18 AM No comments: Links to this post 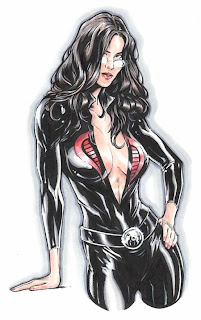 Shannon Gallant has contributed a fullcolor drawing of GI Joe's Baroness for a fundraising effort on Ebay to help a comic book store owner with cancer.
Posted by Mike Rhode at 5:13 PM No comments: Links to this post 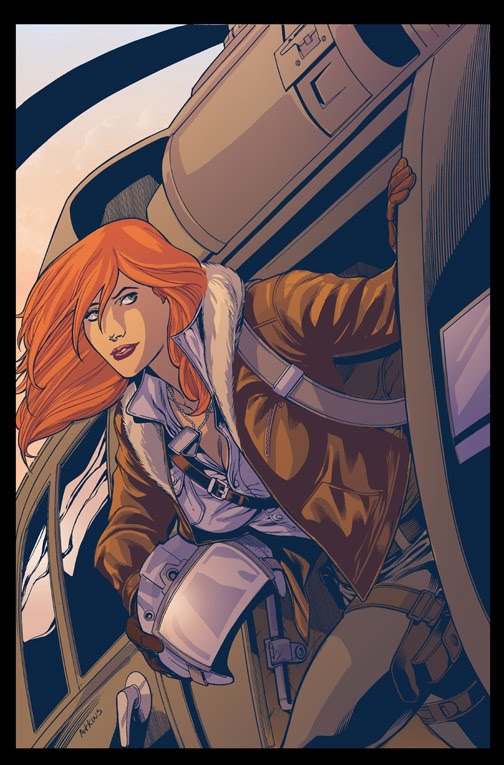 My co-blogger Randy T just sent me a link to the blog of Lauren Affe, a comic book colorist in DC. The redhead is a GI Joe cover (lifted from her blog) that's she's colored. She's also worked on the book A Friendly Game, out now from SLG.
Posted by Mike Rhode at 1:40 PM No comments: Links to this post

This is about writer Christos Gage, not our own SL Gallant, but I'm continuing to assume that Truitt is still in the area - "'G.I. Joe: Cobra' brings on the bad guys," By Brian Truitt, USA TODAY February 11 2010.
Posted by Mike Rhode at 10:11 PM No comments: Links to this post

The editor has had his way with it so go read Meet a Local Cartoonist: A Chat with S.L. Gallant

Posted by Mike Rhode at 10:04 AM No comments: Links to this post

DC-area cartoonist SL Gallant, the artist on IDW's GI Joe, answered some brief interview questions for me and it should be coming up on Monday after it's edited on the City Paper site.
Posted by Mike Rhode at 12:13 PM 2 comments: Links to this post

SL (Shannon) Gallant has written in to introduce himself, and look for fellow artists. I've got to say that I've never bought GI Joe in my life (although I liked the small comics they used to package in their toy sets in the 1960s), but now I'll be picking it up

I'm a comic artist-illustrator living in DC and currently working for IDW on G.I. Joe. I've also worked for DC, Dark Horse, Marvel, and Titan UK in the past on titles ranging from Marvel Adventures:The Avengers and Torchwood to more cartoon oriented work such as Shrek and Monsters vs Aliens.

The last few months I've been making the effort to create connections with other artists in the area, through DC Conspiracy and other groups. I was hoping you might know similar professionals in the region I should try to get in touch with who are less likely to participate in such outings?

So if you're a comic book professional in the area, feel free to post below. Send me news of your current and upcoming projects and I'll promote them as well. I know my co-author Randy's compiled a list of local people at one point - does he still have that?
Posted by Mike Rhode at 2:11 PM 1 comment: Links to this post