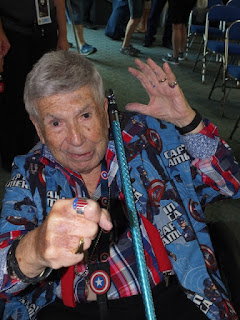 Allen Bellman has died.  The 96-year-old worked on Golden Age comics in the 1940s like Captain America, The Human Torch, Jap Buster Johnson, At the time, he worked for Timely Comics.  Many of the characters were later relaunched by Marvel Comics in the 1960s.

I met him in 2016 when Mark Evanier talked to him for two panels at the San Diego Comic-Con.  Captain America was especially huge back then -- it was Cap's 75th anniversary -- and I couldn't even get into one of panels.  I'm sure he enjoyed the attention for something he had worked on 60+ years before.


Some other pictures....  The massive crowd waiting to get into the Captain America @ 75 panel -- the one I gave up trying to get in. 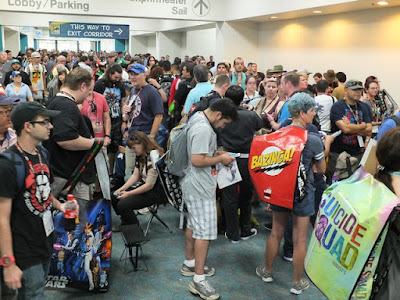 His hand with Captain America ring and nail polish. 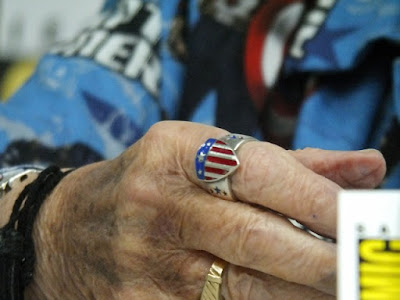 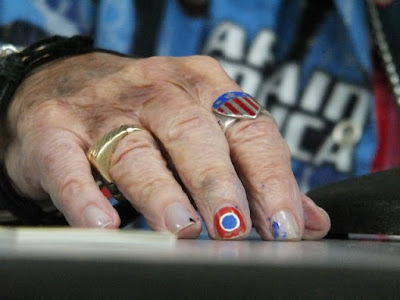 And his wife Roz. 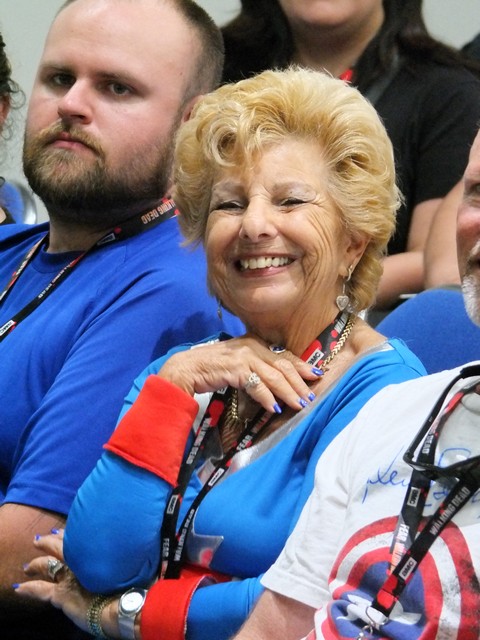