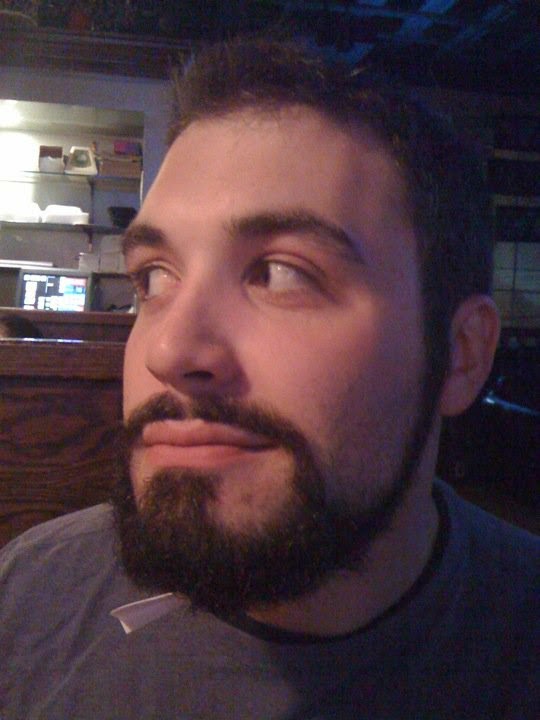 Less than a week ago, I'd never heard of John Reilly, but ComicsDC's scouts are constantly on the job. Today, I know that the first collection of his Herald: Lovecraft & Tesla out tomorrow in comic book stores throughout the country, and I've put in my order for it, and put the comic on my subscription list. Without further ado, here's John's answers to our usual questions.

How do you do it? Traditional pen and ink, computer or a combination?
Thankfully, I don't do any of the artwork as it would likely look terrible - that job falls on Tom Rogers (who's out near Portland) and Dexter Weeks (who lives in Jersey).


How did you get into writing comics?
The comic was born one evening when my wife picked up a shirt with a print by Travis Pitts - By Appointment Only - which has Lovecraft & Tesla together. When we realized it wasn't already a comic, we spent the rest of the evening feverishly discussing all the amazing plotlines that would be possible. I spent the next year planning 54 issues before writing the first script, which was the first comic I'd ever written; everything up till that point was just an excited hobby. So, to answer your question, I have no idea how any of this happened.
How did you come to work w/ your co-creators?
Finding an artist who can knock out quality pages on a regular basis is the hardest part, so we spent quite a while searching conventions and online portfolios before we found Tom. The style he's using for Herald is exactly what we wanted - not so gritty that it looks like we're taking ourselves too seriously, but not so cartoony that we can't have dramatic/suspenseful moments. Dex is a friend of the family with roughly fifteen years experience in the industry, including work on Image titles like Avengelyne. To wrangle them on the project, we pitched the idea like anyone else would and made them co-creators.
How many issues of the comic are out now? Where can you buy it locally? 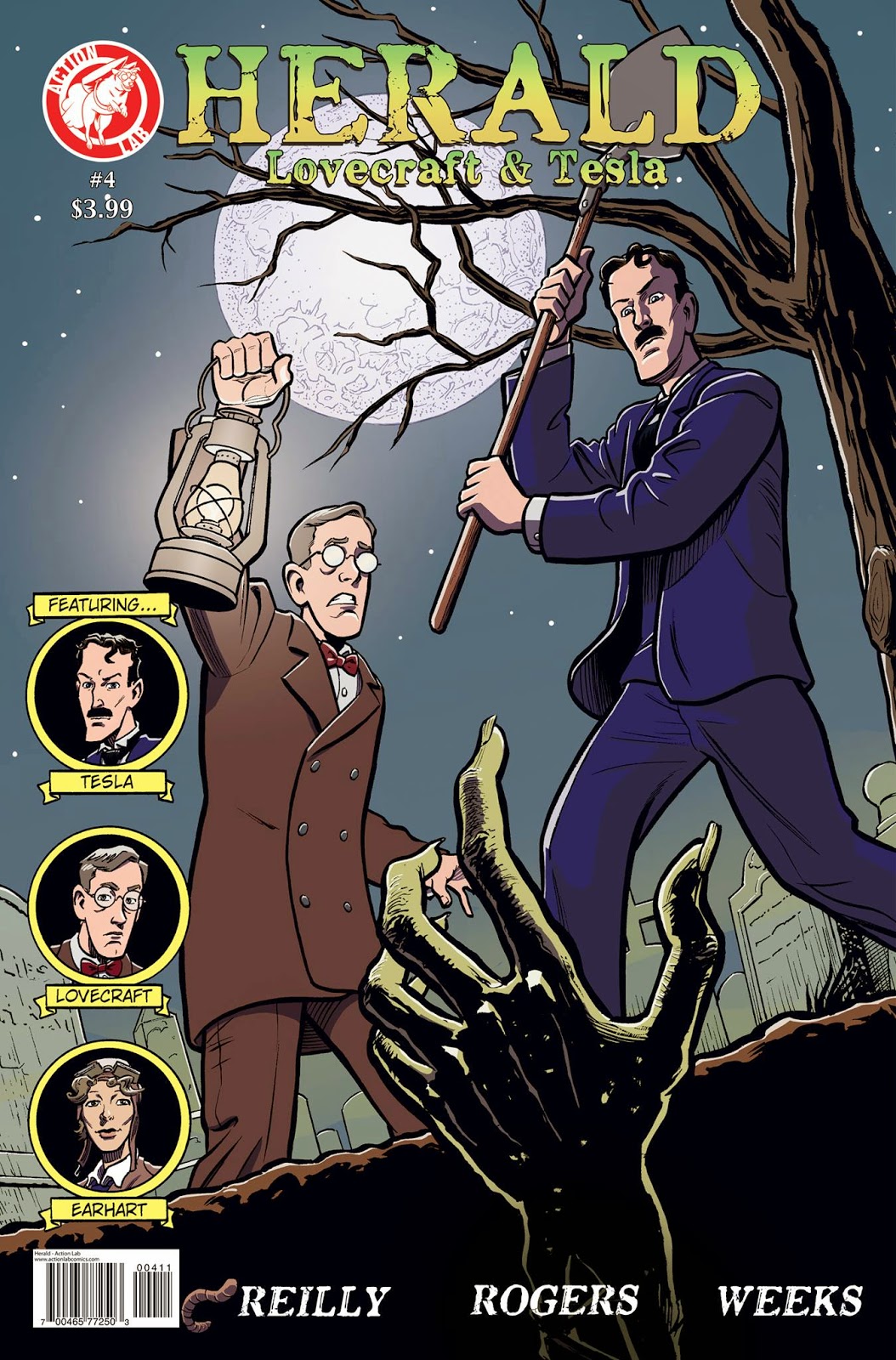 The first 3 issues are out now and you can buy it at any comic store, including Big Planet Comics and (I'm told) Comic Logic opening soon in Ashburn. On April 8th, our first TPB of 1-3 comes out, "History in the Making."
Is it listed in Previews, the monthly magazine for ordering comics?
We're listed in Previews with Action Lab's titles. This month you can see Tom's EC Comics homage with our cover to issue #4, with special guest Mark Twain.
When (within a decade is fine) and where were you born?

I'm living in Sterling, VA now and I teach English and writing courses at NVCC.

I have no training in the visual arts, but I've got some powerful skills when it comes to crocheting. 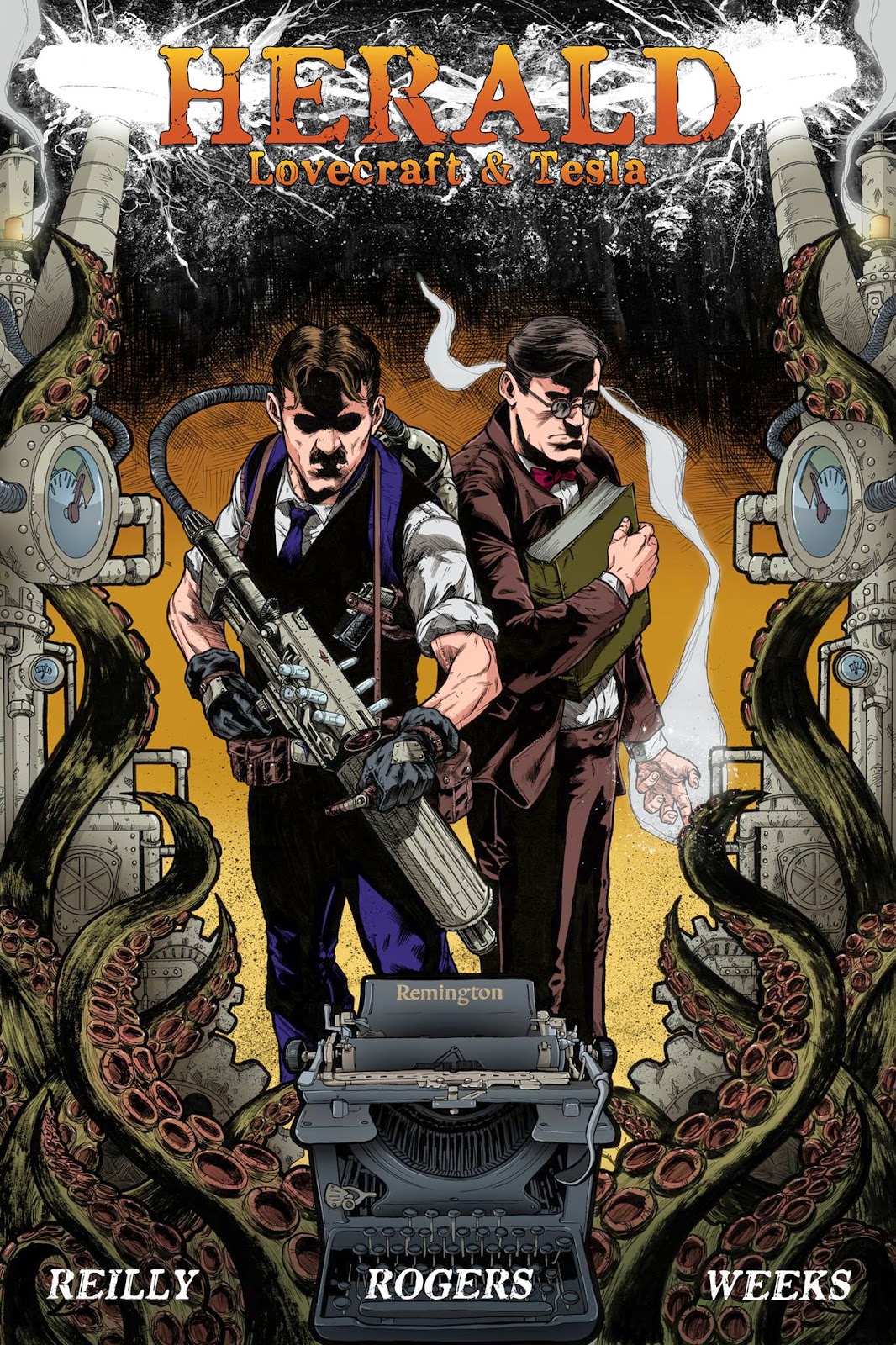 My career has just started, but if if I could go back, I'd start it sooner.

What work are you best-known for?
I'm not really known for anything unless people mistake me for veteran character actor John C. Reilly, who has an impressive oeuvre.


What work are you most proud of?
Is it cliche to say you're most proud of your kids? Herald is a close second.


I'd love to take a crack at writing a short arc for a Marvel or DC title, but I suppose everyone would.
What do you do when you're in a rut or have writer's block?
The trick to avoiding writer's block is to keep a regular pace - you have to stop writing when you want to continue and force yourself to start when you don't want to. That sounds crazy, but if you can hit a regular quota each day and leave some ideas for tomorrow, you'll find everything gets done and there are less patches of downtime. This romantic idea we have of a writer waiting to be struck by a thunderbolt of inspiration doesn't exist - you make it happen, even if it hurts or feels forced. Later, you revise the hell out of it and walk away proud.
What do you think will be the future of your field?
I'm still trying to figure out the present state of comics before I could opine on its future, but I'll take a shot: robots are going to be HUGE in the next decade. 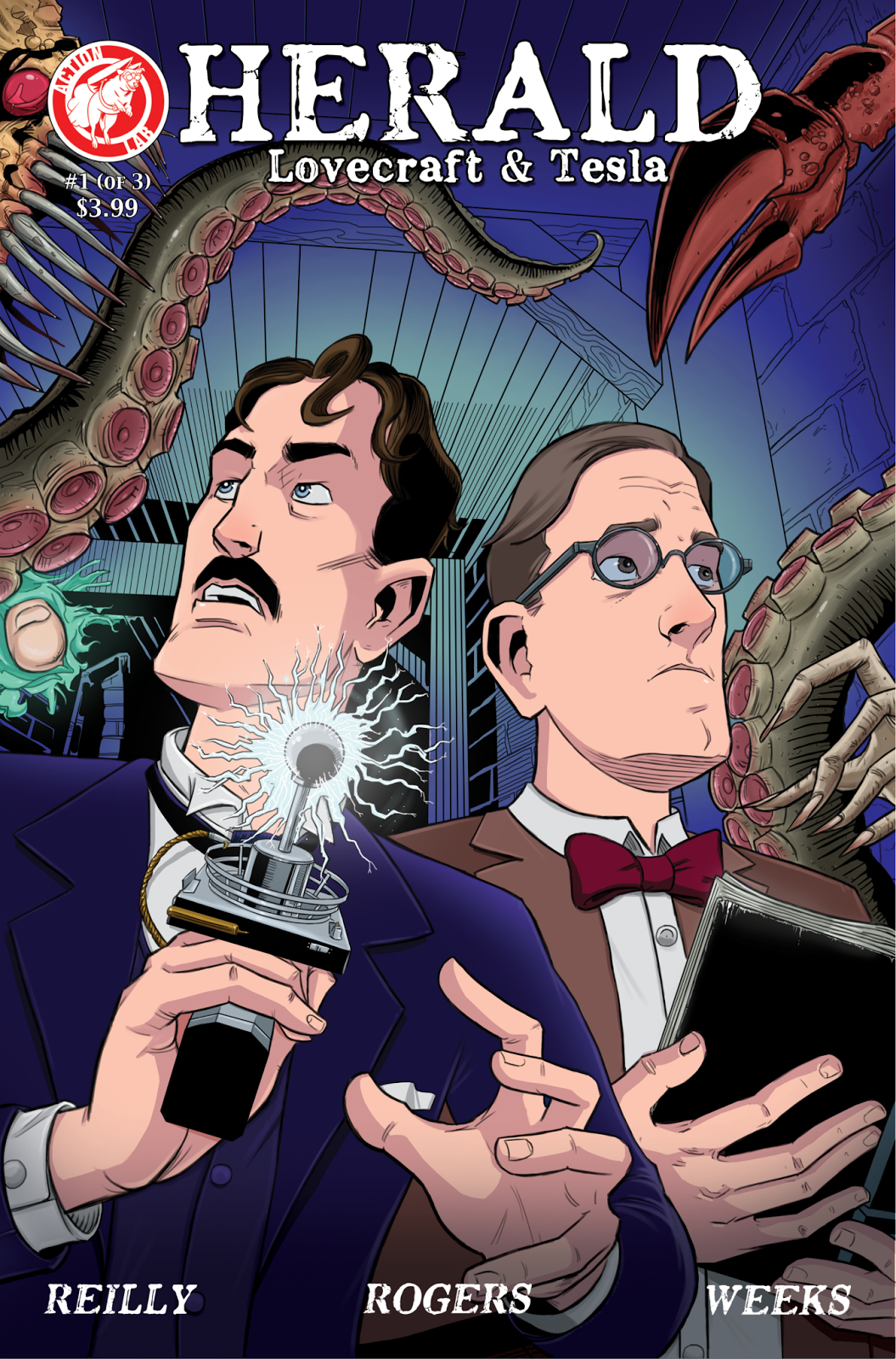 What local cons do you attend? The Small Press Expo, Intervention, or others? Any comments about attending them?
The first three issues of Herald are relatively new, so we haven't had much convention presence. I'll be at San-Diego this year with Action Lab, and as more issues are released (we have 54 planned), I'd like to hit SPX, Awesome, and Baltimore when they're next up.
What's your favorite thing about DC?
The National Mall and surrounding area is a unique experience, culturally and intellectually. I love that DC feels like NYC without the claustrophobia.
Least favorite?
The traffic and parking.
What monument or museum do like to take visitors to?
My soft spot is the American History museum, but some of the Air and Space exhibits genuinely affect me sometimes.

I haven't had time to watch it yet, but Terence Dollard's Comic Culture videocast has an interview with John online.
Posted by Mike Rhode at 8:41 PM