There's not much too it, but for the record, here's Politico's Click blog on the second Sarah Palin comic book - because one was not enough.
Posted by Mike Rhode at 11:44 PM No comments:

This comic is solicited in Diamond's September previews which came out Weds, should you which to buy one.

Alan Gardener has the story that Politico's Matt Wuerker was a finalist for the Pulitzer Prize for "his engaging mix of art and ideas, resulting in cleverly conceived cartoons that persuade rather than rant and that sometimes use animation to widen their impact." Congratulations, Matt, and best of luck getting it next year.

Oh yeah, Steve Breen won, and Mike Thompson was another finalist.
Posted by Mike Rhode at 9:20 PM No comments:

I picked up a copy of the Feb. 5th Politico over the weekend. Matt Wuerker had 4! illustrations in it - a front page cartoon, an editorial cartoon under Wuerking Drawings, a full page ad for Starbucks/Politico's cozy new arrangement, and a full page ad for the Politico's White House coverage. Is Matt the hardest working man in cartooning?
Posted by Mike Rhode at 8:06 PM No comments:

Politico on editorial cartoonists and Obama

Alan Gardener found this Politico story before I did - "Cartoonists draw blank on Obama" By DAVID MARK, Politico 1/26/09 - but I ask "where's Matt Wuerker, their own political cartoonist? Is he not having trouble drawing Obama so he got left out?"

Or perhaps this is a stringer's article.
Posted by Mike Rhode at 6:08 PM 1 comment:

Today's Express has a profile of Politico cartoonist Matt Wuerker.
Posted by Mike Rhode at 11:11 AM No comments:

Politico cartoonist Matt Wuerker sent along this article about Barry Blitt's cover of the New Yorker showing the Obamas as radicals and the controversy it's generating, at least in the hermetic media world - "'Scare tactic' — Obama slams Muslim portrayal," By MIKE ALLEN, 7/13/08.

Personally, I can't believe editor David Remnick had to tell anyone it was satire. Or that anyone had to ask.

Matt was responding to a discussion we had with Warren Bernard about Dutch cartoonist Gregorius Nekschot. See "Why Islam Is Unfunny for a Cartoonist: The arrest of a controversial Dutch cartoonist has set off a wave of protests. The case is raising questions for a changing Europe about free speech, religion and art," By ANDREW HIGGINS, Wall Street Journal July 12, 2008; Page W1.
Posted by Mike Rhode at 11:13 PM No comments: 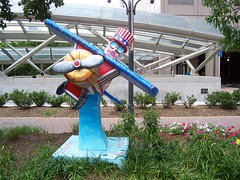 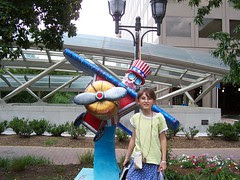 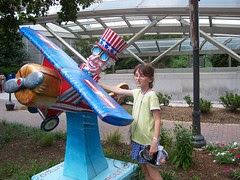 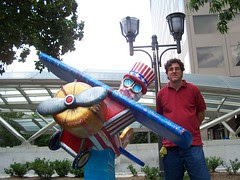 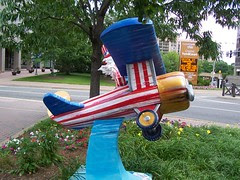 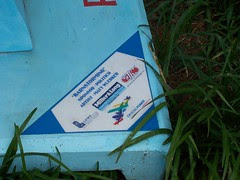 PBS had one that highlighted their animated kids shows. 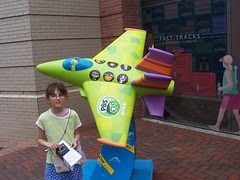 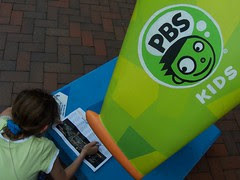 Posted by Mike Rhode at 9:25 PM No comments: 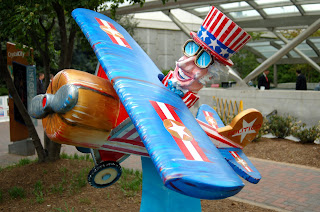 Matt sent in this photograph last night. Cool!
Posted by Mike Rhode at 6:51 AM 3 comments:

Matt Wuerker, cartoonist and illustrator for the Politico has won a 3rd place National Headliner Award for the Newspapers/Magazines: Illustrative Graphics catagory. I'm not quite sure what category that is, but Matt's drawn maps and who knows what else for the paper - just like the cartoonists in the early 20th century used to do. Congratulations!
Posted by Mike Rhode at 8:24 PM No comments:

Mike Lynch has linked to Matt's appearance on Al-Jazeera, the Arabic tv station - the creation of which I think is a great step for the region. Hopefully this will lead to bigger and better tv appearances for Matt too. Matt appears regularly, in color, in the Politico.

Thanks to Richard (obligatory mention) Thompson for the tip.
Posted by Mike Rhode at 10:16 AM No comments:

Matt Wuerker, staff cartoonist of the Politico has a story and video about the AAEC online NOW!
Posted by Mike Rhode at 8:01 PM No comments:

Richard also regularly makes up new constellations in his Richard's Poor Almanack panel in the Post.
Posted by Mike Rhode at 10:16 PM No comments:

Tom Spurgeon at the Comics Reporter picked this bit up from the AAEC website - local freelance cartoonist Matt Wuerker, whose work is infrequently seen in the Washington Times, and in political ads in the Washington Post, will become the staff cartoonist of the new Capitol Leader paper. The AAEC also reports that you can see Wuerker's Flash-animated cartoons here.
Posted by Mike Rhode at 10:33 AM No comments: