Meet a Local Cartoonist: A Chat with Sarah Boxer

Earlier this year, Sarah Boxer interviewed Jaime Hernandez at Politics and Prose bookstore. Until that evening, I had no idea that she lived in Washington (as she's a regular writer for New York-based publications), let alone that she was a cartoonist. We chatted briefly, and she's answered our usual questions -- extremely well as you'd expect from a professional essayist.


I do long-form comics (books). Since I don't like drawing human beings, all my comics have animals rather than humans in them. And most of them play as much with language and ideas as with line. In fact some of my comics, particularly my psycho-comics, Mother May I? and In the Floyd Archives, both have footnotes. And I've recently finished Hamlet: Prince of Pigs, a comic-books version of Hamlet; it's full of visual puns, beginning with the fact that Ham-let is a little ham, a pig! 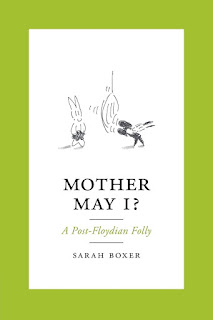 Tomorrow, June 8, is the publication date for Mother May I?: A Post-Floydian Folly and the date for the republication of In the Floyd Archives: A Psycho-Bestiary. I'll be at Politics and Prose on July 13 at 1 pm.

I've worked mostly in pen or pencil in smallish (8x5) Strathmore notebooks. But recently the difficulty and expense of transferring paper to a publishable digital form makes me think I need to give up pen and paper. This upsets my son, who is also a cartoonist and insists that paper and pencil are best. But I find drawing on a tablet relaxing. It's easy to erase and fix small details and work on nuances of facial expression. The only snag was once losing all of my saved drawings on a Samsung Tablet. I have since switched tablets.

I was raised in the 1960s and 1970s in Colorado and published my first comic (a single panel of an elf in a snowstorm) at age 11 in my local newspaper.

I moved from New York to Washington eleven years ago with my husband and son, because my husband, Harry Cooper, got a job as the curator of Modern Art at the National Gallery. We now live in Cleveland Park, not far from the zoo, so I have lots of live models.

I was raised on Peanuts and went to college in Krazy Kat. Seriously, though, I don't have a lot of formal training in cartooning. I remember taking only one cartooning class, at Parsons. (R.O. Blechman came to speak to us.) But I've done a lot of life drawing (at the Art Students League, Parsons, the New York Academy of Art).  By far, the most absorbing drawing instruction I ever had was the Drawing Marathon at the Studio School. (I wrote up my experience in The New York Times.) I remember that one of the huge drawings I made over a week's time had a little cartoonish figure up on a ladder and Graham Nickson, the teacher who led the crits, asked, pointedly, "What happened here?"

I wouldn't call them influences, but the cartoonists I admired most as a kid were Charles Schulz, William Steig, Saul Steinberg, R.O. Blechman, JJ Sempé, and George Herriman. Ach, I see they're all men! I wish I could change history, but I can't.

If anyone knows me for my comics, it's got to be for my first psycho-comic, In the Floyd Archives: A Psycho-Bestiary, based on Freud's case histories, which Pantheon published in 2001. (It's now being republished.) But it's likelier that people know me for my writing. I was at The New York Times for 16 years. There I was a photography critic, book review editor, and arts reporter. And since all my editors at the Times knew I especially loved comics, I got to write the obituaries for Saul Steinberg and Charles Schulz. I also got to interview Art Spiegelman when the second volume of Maus came out. And I got to sit in William Steig's orgone box.

As a freelance writer, I still often write about comics. Last year I wrote an essay for The Atlantic about why it's so hard for cartoonists to lampoon Trump, and this October my Atlantic essay "The Exemplary Narcissism of Snoopy" will appear in the book The Peanuts Papers. I have also written quite a lot about comics for The New York Review of Books. My first essay there was on Krazy Kat and my most recent piece there was a review of Jason Lutes's epic, Berlin. 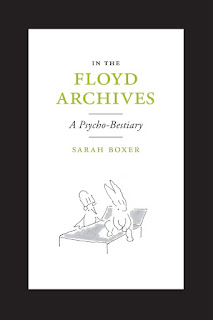 I'm most proud of my new psycho-comic Mother May I? I like that it's loose and rigorous at the same time. And I am tickled beyond belief that both Alison Bechdel and Jonathan Lethem are fans of it! I'm also proud that some selections from my first tragic-comic Hamlet: Prince of Pigs were published by the NYR Daily.

I'm looking forward to diving into drawing my next Shakespearean tragic-comic Anchovius Caesar: The Decomposition of a Romaine Salad, in which Julius Caesar is an anchovy and all the action takes place underwater.

I think the future of comics is online. The experience of trying to get a nice clean copy of Mother May I? set for publication made me realize that I need a very good tablet with a pen, so I don't ever have to go through the copy process again. That's how I composed Hamlet: Prince of Pigs. I find using a tablet very liberating. It's easier to change little expressions on the faces of my characters. It's nice not to have a lap full of eraser dust. And in the end, it's much easier to get my comic to a publisher or printer!

What local cons do you attend? The Small Press Expo, or others? Any comments about attending them?

I go every year to the Small Press Expo with my (now 15-year-old) son, Julius Boxer-Cooper, who's also a cartoonist, and this year I am sharing an exhibitor's table (or rather a half-table) with him. In school he hands out zines -- or, as he calls them, cackets (short for comics-packets) to his classmates. Here are his words of wisdom for would-be cartoonists:  "If you're going to be a 'zine cartoonist, then you're going to have to get used to seeing your comics torn, crumpled, thrown on the ground, thrown in the recycling, or thrown in the trash with strawberry or raspberry Gogurt that's a few weeks old dumped over them." I admire his toughness! And his comics!

For our debut at SPX, Julius and I are working on our first collaboration -- a comic called Corgi Morgue, which is about a corgi (that's a dog) and his wife (also a dog) who run a morgue for animals and also serve Indian food, particularly coorgi murgh, to their grieving clients.

I love that the museums, the zoos, and many of the musical performances are free. I'm proud of the protests against our horrible president. I also love the racial openness and relative harmony of DC. They are rarities in this country.

I love taking people to the East Wing of the National Gallery, especially the rooms devoted to Barnett Newman and Mark Rothko.

I'd rather eat in New York.

I wrote a book about blogging and how I'd never do it, Ultimate Blogs: Masterworks from the Wild Web. So now I feel I have an obligation never to blog. But I do have a website. It's sarahboxer.weebly.com .

Nice interview. Sarah Boxer is a brilliant writer. Her book “Ultimate Blogs: Masterworks from the Wild Web” is outstanding and her cartoon novels are very creative.