'Gay is Good' on GLAA.com


Editor’s note: Richard Rosendall of the Mattachine Society of Washington was on a panel at AwesomeCon last month on using comics to tell D.C. history. Below are his prepared remarks for the panel regarding the story of gay rights advocate Frank Kameny, which was illustrated on ReDistrictedComics.com.


Frank Kameny was a Harvard-trained astronomer and a World War II combat veteran. His career ended in 1957 when he was fired by the Army Map Service for being gay. He responded like none before–he fought back. 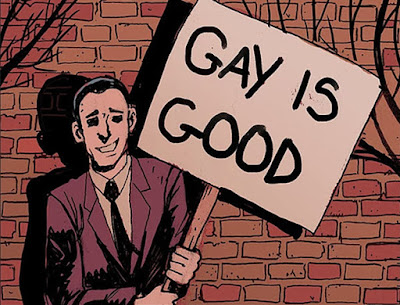 Posted by Matt Dembicki at 9:58 AM