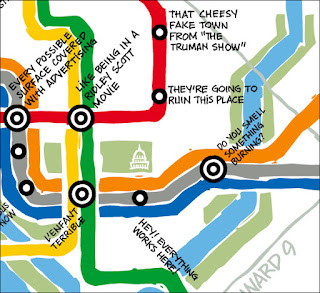 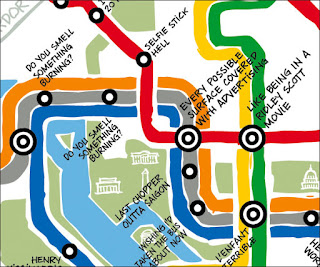 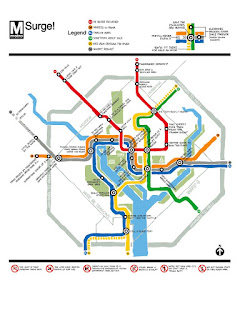 This week begins WMATA's SafeTrack "surge" of massive, long-overdue repairs and rebuilding on the Metro subway, plagued over the past year or so with a rash of fires, derailings, and other accidents.

This parody is a "truth in labeling" version of the current WMATA subway map poster seen in rail stations and train cars.