Terry Flippo has been on the small-press comics scene for years. The Mount Airy, Md.,  native is a staple at shows such as the Small Press Expo in Bethesda, Md., and the Small Press and Alternative Comics Expo in Columbus, Ohio, and he’s been a member of several comics collectives, including the now-defunct United Fanzine Organization (which included David Hedgecock, who is now a managing editor at IDW Publishing, and even Frank Miller when he was in high school.)

Recently, Terry has revamped his well-regarded kids comic Axel & Alex by redesigning the characters as well as his approach to writing and drawing the stories. We’ve asked Terry a few questions and that.

You've been making self-published comics for a long time, and 'Axel and Alex' was one of your staples. Why did you return to the characters?

Axel and Alex was originally conceived as an ongoing action/adventure comic book series.  (This was in the days before webcomics were an option.)  The art and storytelling style was as close to mainstream superhero comics as I could manage. Axel (the robot) was 10-feet tall and built like a tank. Alex (the boy) was maybe 12 or 13 years old. Owing to the comic book format, the narratives were long-form and very plot driven. 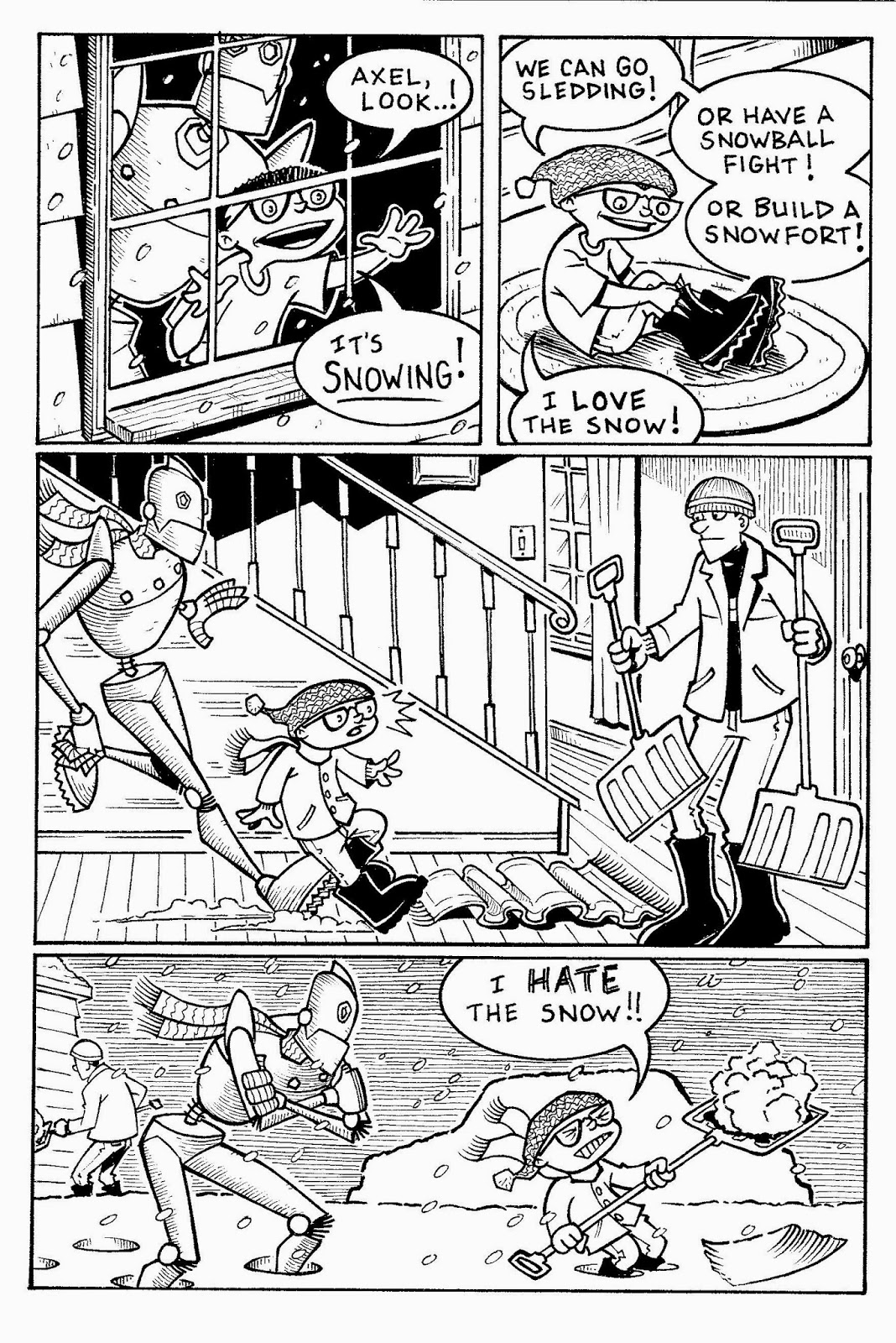 After ending Axel and Alex 1.0, I worked for a few years on an autobiographical humor series (FL!PPED).  With the emergence of the webcomics scene, I decided to try my hand at a comic strip.  As a long time fan of Peanuts and Calvin and Hobbes, I looked forward to working in the short-form comic strip arena. It was then that I decided to revisit Axel and Alex, albeit in a way that I wasn't able to in the action/adventure genre. I quickly decided the standard four-panel newspaper strip format was too restrictive, so Axel and Alex morphed into (ironically) comic-book page format. This freed me up to employ better page designs and camera angles. I like to think of Axel and Alex as "the comic strip that reads like a comic book."

In the new version of A&A, you redesigned the characters. Why?

The main reason for the re-design was the change in storytelling tone, going from over-the-top action to quiet humor. I wanted to make Alex a little younger, and perhaps a little more innocent. As for Axel, I wanted him to appear much more like a home-made robot (which he is!). The joke is Alex thought he was ordering this kick-ass destructo-bot, which is every kid's fantasy (or was it just mine?), and he ends up with this timid bucket of bolts!

You have also taken to the internet--namely, Facebook--to post individual pages as you complete them. Has this changed you approach to making comics? I remember you were wondering whether each installment should be a stand-alone type story or part of a serial story. 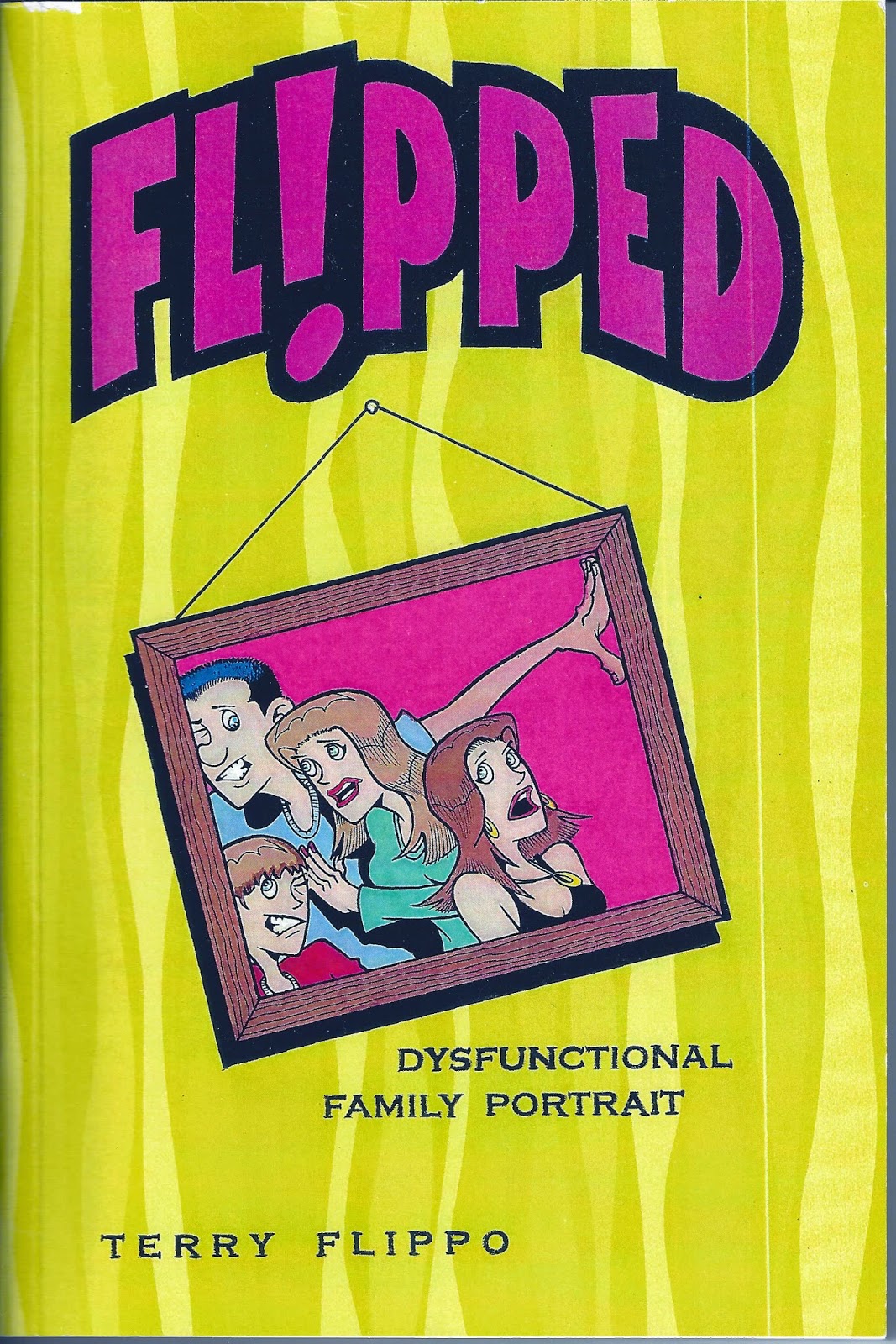 Axel and Alex ended up on Facebook by necessity. I didn't know how to design a webpage and was too busy working on the strip to learn how. Kind of a Catch-22! I don't think the delivery method (Facebook) has changed my approach as much as the format change has.  What facebook has given me is a more mainstream (as opposed to comic book fan) based audience. The majority of my readers have probably never read a superhero comic book, yet most all are familiar with the Sunday funnies.  Facebook also offers a form of immediate feedback. Putting out a couple comic books a year is a lot different than posting a new strip twice a week (Sundays and Wednesdays, Friend me!) Creating comics is such a time-consuming solitary pursuit that it's wonderful to receive feedback and encouragement on a regular basis. If you like someone's work, tell them!

As to the stand-alone versus serial narrative debate, I recently put the question to my readers. While a few expressed a preference, the majority enjoyed mixing it up. Even so, I try to make each strip a little story unto itself, even if it is part of a longer narrative. Bill Watterson did this amazingly well with Calvin and Hobbes.

Completing 120-plus pages in such a short amount a time is a herculean feat, especially when you're not doing it full time. Can you briefly walk us through your schedule of making the comic? Do you set aside time each day to do it? Or do you fit in working on it when you can?

I suppose for a guy with a full-time job and a family (Hi Janet, Amanda, and Zach!) I could be considered prolific, I don't know. I think anyone who does comics on the side has to learn how to juggle responsibilities. I'm a little maniacal about putting the time in. So many people you meet have "this great idea for a comic strip," or have a portfolio full of character designs, but it really comes down to sitting down at the drawing board and doing it. At some point, you have to stop talking about it and just do it! 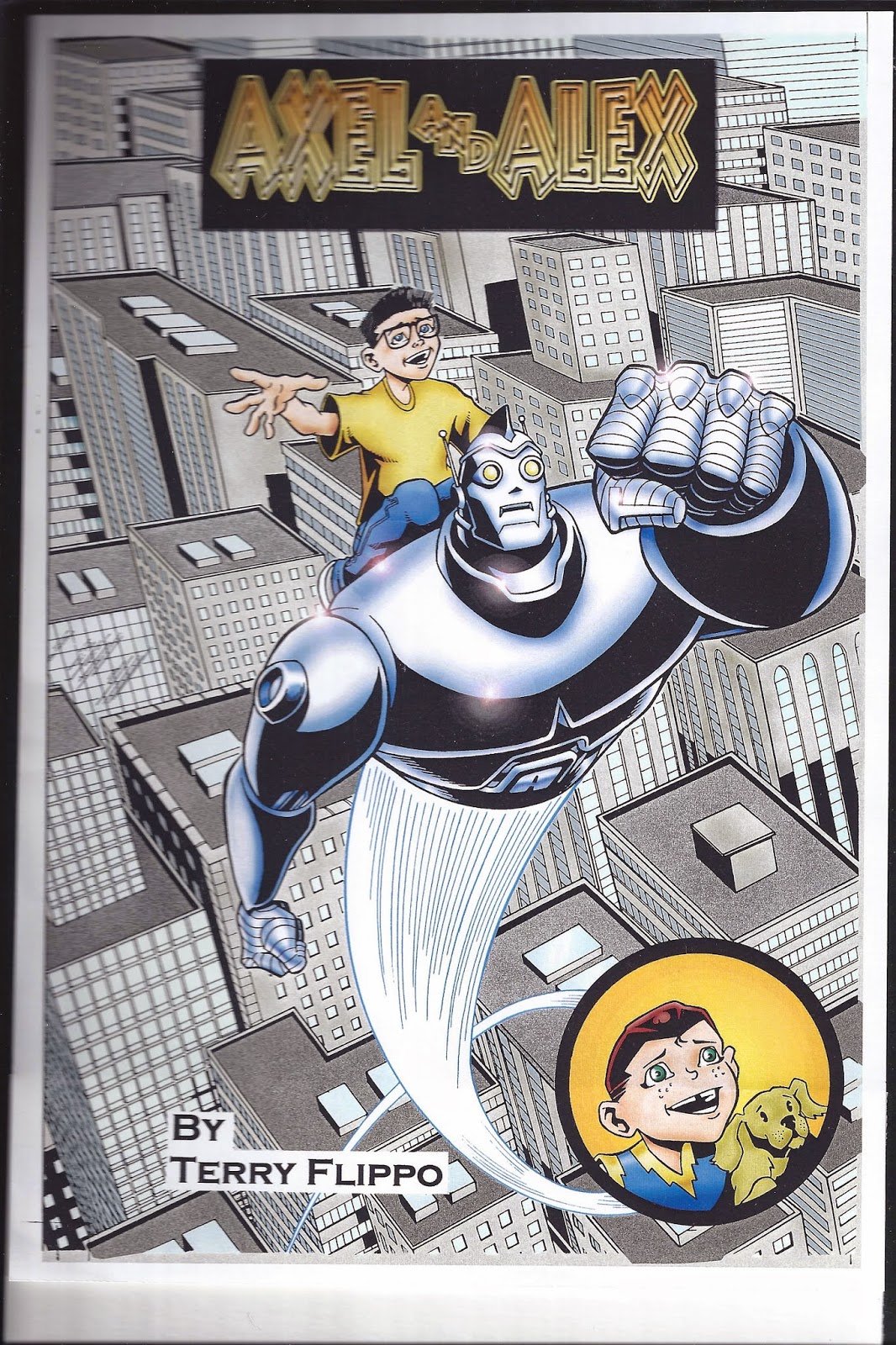 Personally, I like to draw in the morning before work. I'm up every day, 365, between 5 a.m. and 5:30 a.m., working on the strip. Everyone else is asleep so there are no distractions and I don't feel as though I'm missing any family time. It doesn't matter when you do it, but if you're serious about cartooning you have to carve out the time.

What plans do you have for A&A? Will you compile this into a printed book?

Axel and Alex will keep chugging along as long as I'm still having fun doing it. My characters are my avatars on the page. Each one represents an aspect of my personality and worldview. So basically anything I have to say gets filtered through them. I want the strip to entertain foremost, whether it makes the reader chuckle, think, or merely reflect. I like my characters and I want to know what happens to them next. That's the fun part!  Of course, reaching a wider audience would also be a dream come true.

As far as publishing goes, I'd love love love for a publisher to make me an offer. Writing and drawing is quite time-consuming, so it would be a godsend to have someone to handle the publishing end. Hear that, all you publishers out there?! Until then I'll probably continue to put out the 40-page digest-size collections. The books are $5 each and come with a free sketch on the back cover. Just contact me at jmflip4@verizon.net. There are currently two books, with a third on the way!

I'm also looking forward to exhibiting at the Smudge Comics Arts Expo at the Artisphere in Arlingtion, Va., on March 14. 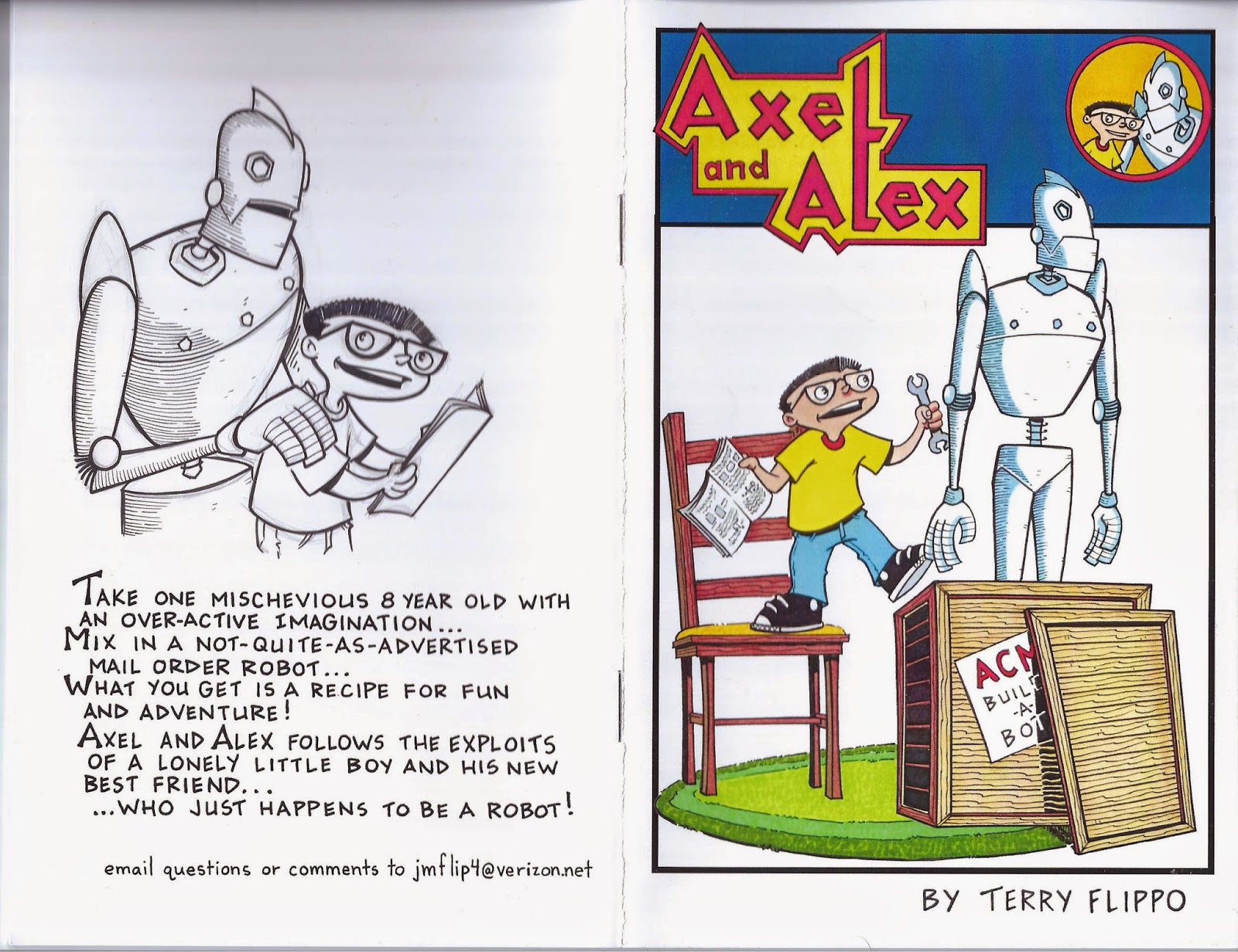 Posted by Matt Dembicki at 8:42 PM