Art Hondros, a local cartoonist based in Takoma Park, has just finished "Song of Sandy Hook," a comic strip on gun control. You may have seen his story "Fox Guy" in the Washing Post Magazine this March. He also did the cover to the latest free Magic Bullet comic.

When asked why he's done a comic book about gun control, Art says, "During the holidays last winter, I tried to keep my focus on comics projects I had currently in the works, but my mind kept going back to what it must've been like in the halls and classrooms at Sandy Hook Elementary School on that wretched day. Finally I realized I couldn't work on anything else but what follows here. Call it a process of dealing with the collective grief of that news. But I also felt that, as an illustrative storyteller, I could attempt something, just one more thing besides voting to keep someone in or out of office, or donating money to a cause one might think useful. No matter how feeble it may turn out, "Song of Sandy Hook" is that attempt."

An interview with Art should be up later this week at the City Paper. He's also agreed to let ComicsDC run his strip as a webcomic, although you can buy a hard copy at the DC Conspiracy store, and the money will be donated to the Newtown-Sandy Hook Community Foundation.

Here's the cover and page 1 of Song of Sandy Hook 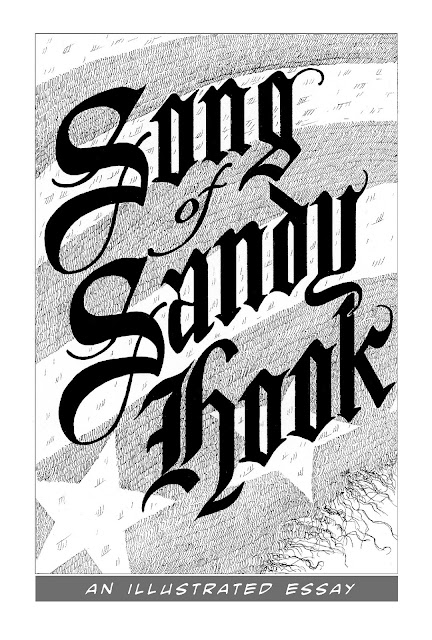 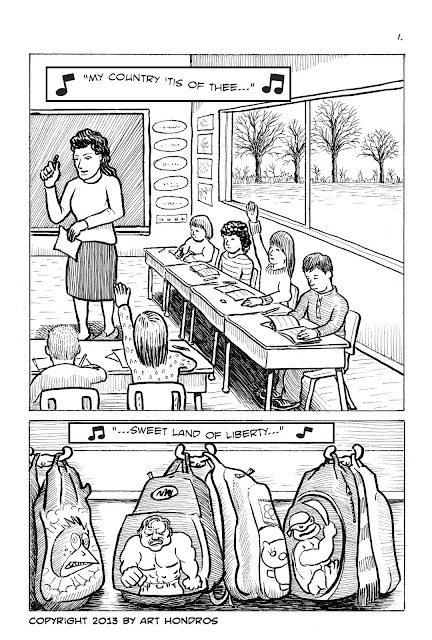