A few new acquisitions can also make points about the Secret History of Comics.

The first is a set of three in-house books by CACI, a defense contractor. While these types of companies aren't usually known for their sense of humor, CACI's had the good sense to have their books initially illustrated by 'Vip' aka Virgil Partch. He was followed by gag and Playboy cartoonist John Dempsey and then most recently by editorial cartoonist Chip Bok. 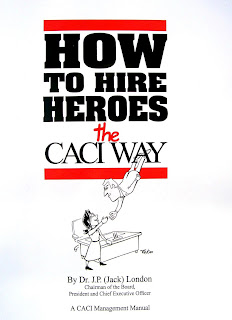 Front cover to one of the three books with art by Vip. 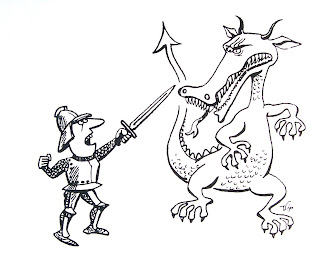 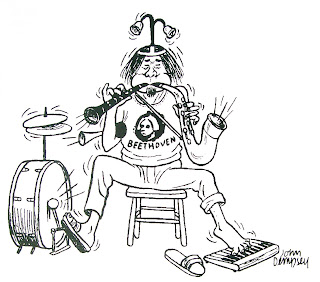 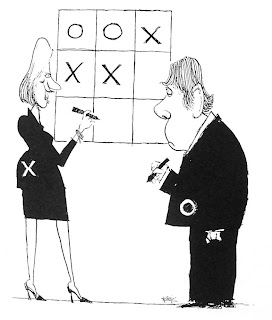 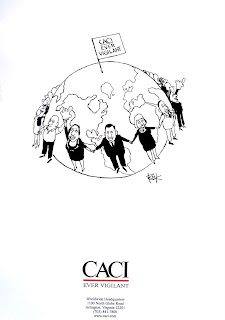 Back cover of boxed set with art by Bok.

All three of these are major cartoonists, but I don't think their work here would be easily found.

The next item is the interior cover page of Chris Ware's Quimby the Mouse. 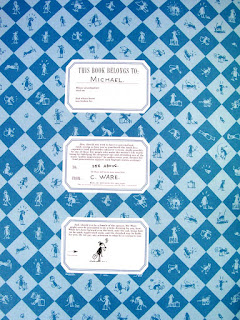 This is actually what a book signed by Chris Ware looks like - it's so subtle it's not something you'd really notice if you were in a hurry. Chris signed this for me at PENFaulkner, so I guarantee this is what you should be looking for. 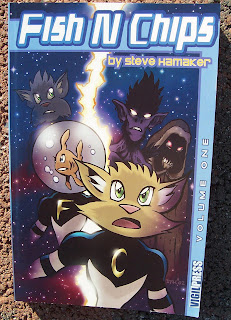 Finally, at the Small Press Expo, I picked up Fish N Chips by Steve Hamaker. This book's apparently available now since I bought it two months ago, so one could ask 'what's it doing in a secret history post?' Steve's book, nominally from Vigil Press, is apparently self-published and there's no info in the book on how to order it. These days, Google tosses up his website with more information on the book, but parts of it appear to be last updated in 2005 and there's no guarantee that he'll keep the site up and a library or collector of the future might be confused by the lack of information in the book. Buy a copy from him to help comic scholars of the future and because he's a nice guy who did a fun fish sketch for me. BTW, he's coloring Bone for Jeff Smith. 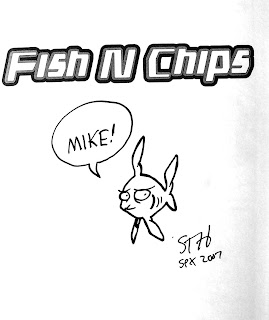