and the interior message: 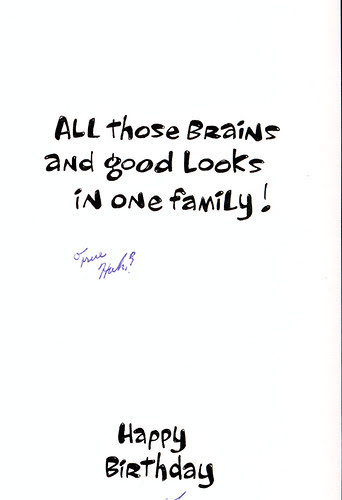 This 1970-something Hallmark Valentine's Day card is by another MAD artists whose name is escaping me. Help?

And the interior message: 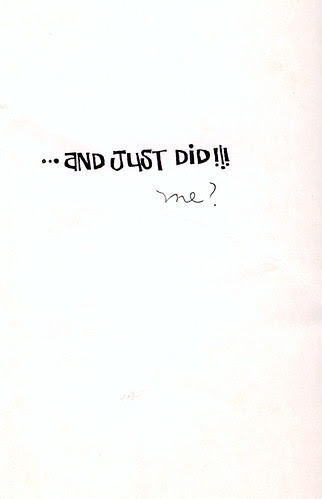 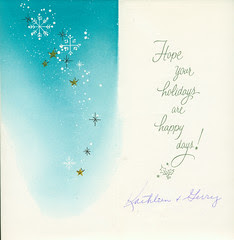 Posted by Mike Rhode at 7:17 PM No comments: 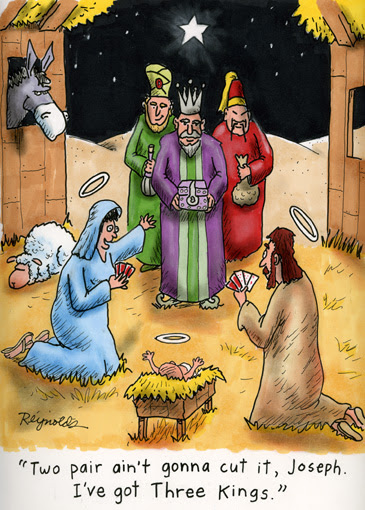 Dan Reynolds wrote in a few minutes ago to complement me on the site and ask why he's not mentioned here. I think it's because he has nothing to do with DC. But I own at least one of his books, Christmas Meltdown, and think I have his Belt Height book too, so heck that's close enough for now given this economy. Go check out his site at Go Comics for his Reynolds Unwrapped panel. As you can see from this cartoon I grabbed from the site, he's topical (and funny, but we're all about topicality here).

Dan wrote in, "I'm in the snowbound regions of Upstate NY. I'm located in what's called a snowbelt area north of Syracuse, NY. I'm published in almost every issue of the Reader's Digest and have been for years... My main gig is in the greeting card business. You may not realize it, but my cards are everywhere...they've appeared on American Greetings cards, but most prominently on Recycled Paper greetings (for18 years) and Papyrus Greetings (with whom I have my own line.

My work is basically in every city in the country. Next time you go into the store to get a card, one that sells RPG or Papyrus, look and you will find.

Also, EVERY year I can almost guarantee you you receive my work in forwarded email during the Thanksgiving and Xmas season. You know those cartoon emails with 5 or 6 cartoons...at least one of them is mine every time. (True! I have) I even receive these from people who don't know they're my work!

Dan's working it hard with a daily email of current comic panels, "For sign up of 365 REYNOLDS UNWRAPPED cartoons for one year, please send $10 cash, check or money order (or if you REALLY want to support keeping me in black ink instead of red, you can throw in a cartoonist tip) to Dan Reynolds, PO BOX 444, Brewerton, NY 13029
or send at least $11 via pay pal using this info: dan@reynoldsunwrapped.com Your daily REYNOLDS UNWRAPPED will commence as soon as received. My web site is: www.reynoldsunwrapped.com"

So there you have it, information about the sadly underexposed world of greeting card cartoonists, and a look at a new business model for cartoons.

I think we might start calling this "Support Your Local Cartoonist." I imagine at least as many people will get that, as get the "Reynolds Unwrapped" title.
Posted by Mike Rhode at 9:12 PM No comments:

The undersung greeting card cartoonist gets a piece in the Jobs section - see
"They Wish You a Merry Christmas Card: Writers and Artists by The Thousands Craft Holiday Greetings," By Vickie Elmer, The Washington Post, Sunday, December 23, 2007; K01

and it turns out there really is something in Cinderella's castle in Disney World. See "At Disney World, a Real Cinderella Story," by Eve Zibart, Washington Post Sunday, December 23, 2007; Page P05
Posted by Mike Rhode at 3:03 PM No comments: