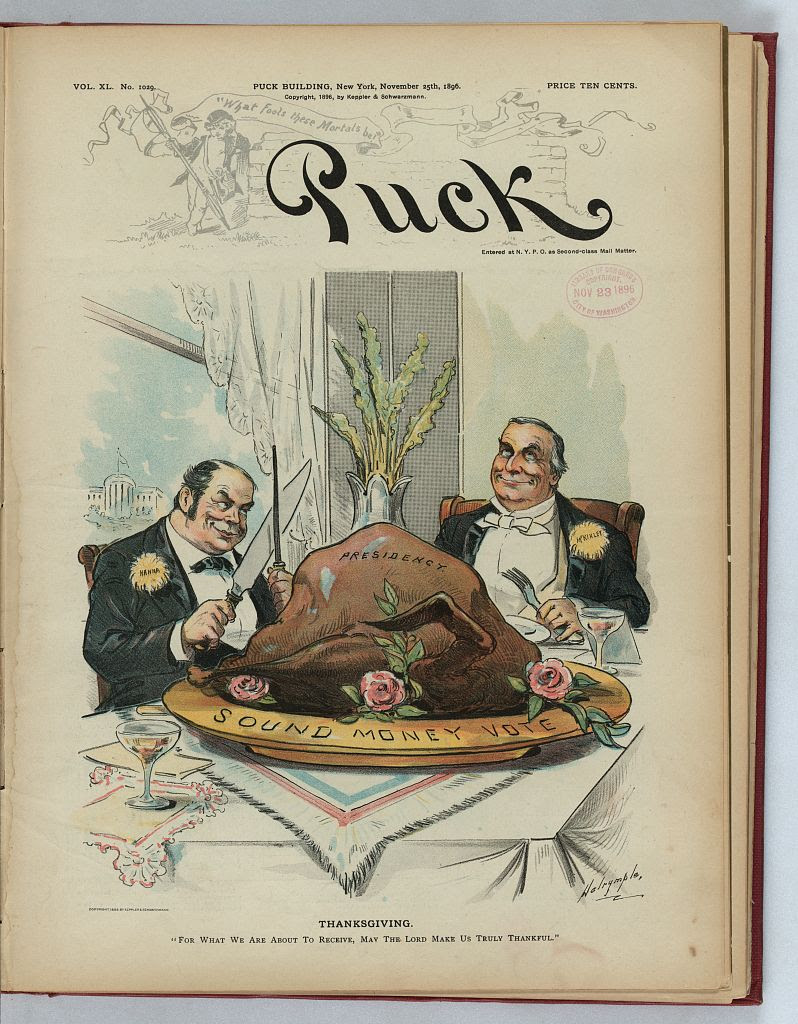 Courtesy of the Library of Congress

When a Doctor Is More, and Less, Than a Healer

-which I thought was excellent. It has a lot of material on cartooning and comic books.

Posted by Mike Rhode at 9:32 AM No comments:

My friend Bert Hansen's got an excellent new book out, PICTURING MEDICAL PROGRESS FROM PASTEUR TO POLIO: A History of Mass Media Images and Popular Attitudes in America that includes a minuscule amount of research from the Medical Museum (and cites me in the acknowledgments, but don't buy it just because of that). I'm about 1/3 of the way through and learning about the history of both medicine and cartoons.

I'm really enjoying his look at the graphic history (including editorial cartoons and comic books) of medicine. Bert's explanations of the shifting cultural view of medicine resulting from mass media, especially regarding both the transmittal of knowledge to a wider audience than ever before, and, as he points out most convincingly in this book, for the public support of science and medicine, is wildly overlooked in the field at large. His website has reproductions of some of the cartoons and he's planning on adding to it. One of Burt's articles on comic books, "True-Adventure Comic Books and American Popular Culture in the 1940s: An Annotated Research Bibliography of the Medical Heroes," ran a few years back in the International Journal of Comic Art, Vol. 6, No. 1, Spring 2004 and you can still buy the back issue.

“Bert Hansen’s rich exploration of the intersection of popular culture and the history of medicine opens wide a window on a time between the 1880s and the 1950s when physicians, nurses, and scientists were highly regarded warriors against disease and human suffering. It is a major contribution to our understanding of how medicine’s cultural authority was established and expanded in the United States, vital to scholars and valuable to those who hope to spark a renewed enthusiasm among Americans for the study of science and medicine.”
—Alan Kraut, professor of history, American University

Today, pharmaceutical companies, HMOs, insurance carriers, and the health care system in general may often puzzle and frustrate the general public—and even physicians and researchers. By contrast, from the 1880s through the 1950s Americans enthusiastically embraced medicine and its practitioners. PICTURING MEDICAL PROGRESS FROM PASTEUR TO POLIO (Paper $37.95, ISBN: 978-0-8135-4576-9, July 2009), by Bert Hansen, offers a refreshing portrait of an era when the public excitedly anticipated medical progress and research breakthroughs.

PICTURING MEDICAL PROGRESS FROM PASTEUR TO POLIO is a unique study with 130 archival illustrations drawn from newspaper sketches, caricatures, comic books, Hollywood films, and LIFE magazine photography. This book analyzes the relationship between mass media images and popular attitudes. Bert Hansen considers the impact these representations had on public attitudes and shows how media portrayal and popular support for medical research grew together and reinforced each other.

“This book is analytical, nostalgic, sensitive, and just plain fun. Bert Hansen's meticulous privileging of the visual is a pathbreaking achievement for methods in the social and cultural history of medicine. You can be rewarded simply by looking at the wonderful pictures, but you will ‘see’ so much more in his lively prose.”
—Jacalyn Duffin, Hannah Professor, Queen's University, and former
president of the American Association for the History of Medicine

“Even as a long-time collector of medical prints, I learned a lot from this extraordinary book. Hansen's digging has turned up many discoveries, providing a new perspective on graphic art in popular culture. The images are wonderful, but this is not just a picture book; it's a great read as well, filled with remarkable insights.”
—William Helfand, trustee of the Philadelphia Museum of Art


BERT HANSEN, a professor of history at Baruch College, has published a book on medieval science and many articles on the history of modern medicine and public health.

History Repeats Itself, in the Secret History of Comics

Warren Bernard writes in with another bit of the Secret History of Comics:

Well, no question that all of us capitalists have taken it on the chin recently. To show how things do not change and for your enjoyment, (Well, OK, as much as one can enjoy seeing their life savings evaporate into thin air), here is a cartoon about the stock market from Puck Magazine in 1884. 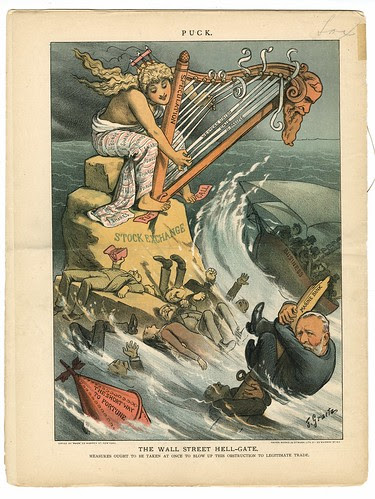 Note the electrical/telegraph wires in the crown of the "Siren", as she plays her harp of speculation.

But my favorite part of the cartoon are the foot pedals on the harp. They are named, appropriately enough, "Puts" and "Calls".

We have not changed much in 125 years and I dunno about you, but I surely feel as if I just crashed on those rocks.
Posted by Mike Rhode at 7:11 PM No comments: