Sense of Humor exhibit open at National Gallery of Art 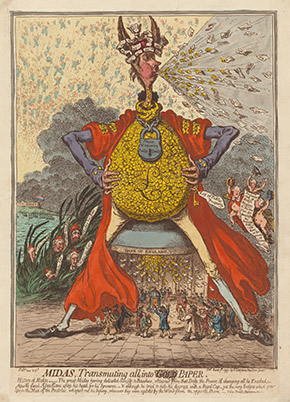 James Gillray, Midas, Transmuting All into Paper, 1797, etching with hand-coloring in watercolor on laid paper, Wright and Evans 1851, no. 168, National Gallery of Art, Washington, Purchased as an Anonymous Gift

Humor may be fundamental to human experience, but its expression in painting and sculpture has been limited. Instead, prints, as the most widely distributed medium, and drawings, as the most private, have been the natural vehicles for comic content. Drawn from the National Gallery of Art's collection, Sense of Humor celebrates this incredibly rich though easily overlooked tradition through works including Renaissance caricatures, biting English satires, and 20th-century comics. The exhibition includes major works by Pieter Brueghel the Elder, Jacques Callot, William Hogarth, James Gillray, Francisco Goya, and Honoré Daumier, as well as later examples by Alexander Calder, Red Grooms, Saul Steinberg, Art Spiegelman, and the Guerrilla Girls.

Organization: Organized by the National Gallery of Art, Washington
Passes: Admission is always free and passes are not required


At the press preview for Sense of Humor on Tuesday, July 10, 2018, remarks were given by Earl A. Powell III, director, National Gallery of Art. Following that, a tour of the exhibition was given by Jonathan Bober, Andrew W. Mellon senior curator of prints and drawings; Stacey Sell, associate curator, department of old master drawings; and Judith Brodie, curator and head of the department of American and modern prints and drawings.
Posted by Mike Rhode at 11:43 AM No comments:

New Daumier cartoon on display at National Gallery of Art.

Le Defenseur (Council for the Defense) by Honore Daumier, ca 1862-65, from the Corcoran Gallery. It's in the works on paper gallery and would have just been transferred recently. 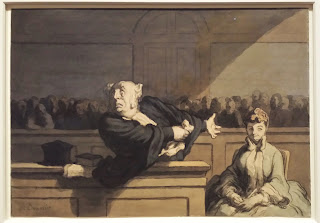 Posted by Mike Rhode at 7:38 PM No comments: 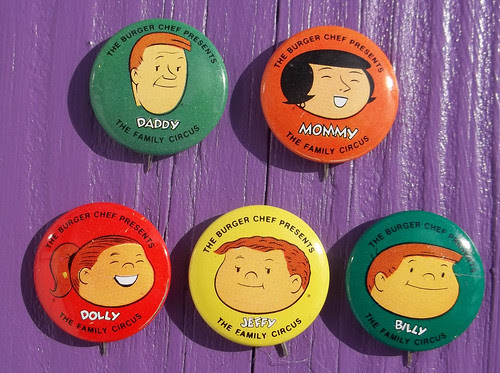 Because everyone needs a set of Family Circus buttons from Burger Chef. 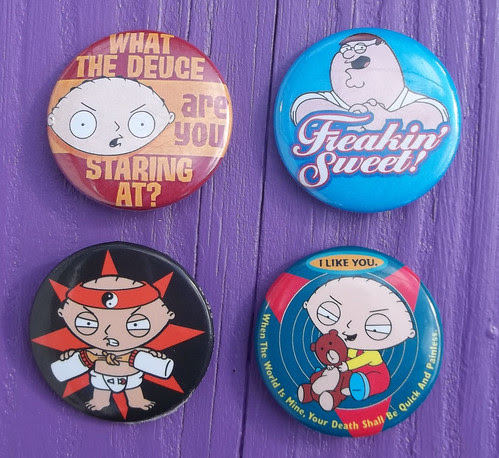 I don't even like Family Guy, but I rescued them from the 6 for $1 bin. 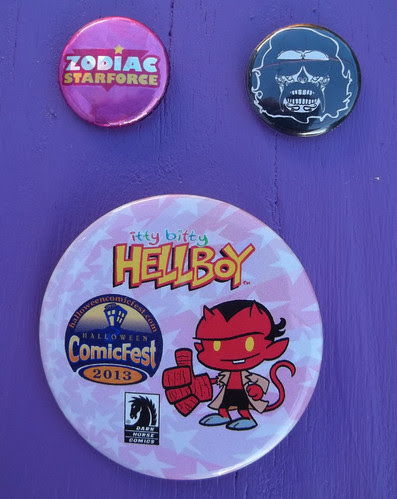 And here's what I'm happiest to have found. My second Daumier print from the AAFSW book sale at the State Dept. 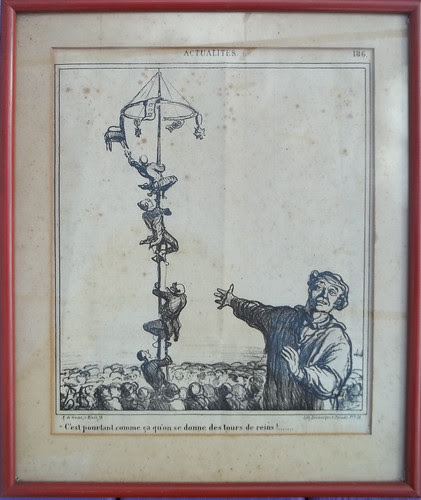 This slim one-room show has only nine pieces of art in it, split almost half and half between caricaturist Honore Daumier and political cartoonist Patrick Oliphant. The text for the show focuses on Oliphant’s Pulitzer Prize-winning career. The most striking piece of artwork is a lifesize painting of Gifford Phillips (1999) that Oliphant did in chalk and oil. Oliphant drew Phillips in charcoal and then outlined him in a muted orange. Other Oliphant pieces include “Homage to Daumier” (2000), a Richard Nixon caricature “I have Returned” (1984), his sculpture “Naked Nixon” (1985), and “Tweedledum and Tweedledee” a 2000 lithograph of failed Democratic presidential candidates. These were all given to the Collection by the Oliphants who formerly lived in Washington. The Daumier works are untranslated prints, including his famous image “Le Ventre Legislatif” (1834) which caricatured France’s politicians.

Why do this exhibit? The textual focus on Oliphant - with a large biographical note - and a corresponding lack of one on Daumier seems odd. Does it suggest that their audience would of course know Daumier and his work and accept it, but that such would not be the case for Oliphant? Although the exhibit title implies a co-equal relationship, the focus is definitely on Oliphant.

Chief Curator Eliza Rathbone returned the following response: We wanted to get out all our works by Oliphant because they haven't been presented before all together.  It is intended as a primarily Oliphant show but also one that shows how his work connects with the enduring history of the Phillips (specifically its work by Daumier which has been central to the museum since its inception).  It is election season with a greater than usual focus on politics.  Also it is really an installation rather than an exhibition and should only be presented as such.

I cannot quibble with Dr. Rathbone’s rationale. For 3 more weeks, one can see artwork by two great caricaturists that normally would be hidden away in storage.  Longtime residents may also recall the Phillips was the site of a truly great Daumier show, the 2000 exhibit that Oliphant’s “Homage” was drawn for. Daumier’s oil on wood painting, “The Strong Man” (1865) which is a carnival scene with a barker presenting the strong man can also be seen in the permanent collection. Sometimes one must simply accept and enjoy an opportunity. It's like that ad for chocolate and peanut butter candy - "Two great tastes together."

Posted by Mike Rhode at 5:05 PM No comments:

I missed this one due to travelling, but I'm catching up. I don't recall this painting, but one of the best exhibits I've ever seen was on Daumier at the Phillips. Daumier's sculptures of the French Assembly, caricatures in bronze, are in the National Gallery of Art, displayed in the sculpture halls.
Setting the stage for the contemplative connoisseur [online as Rediscovering Honoré Daumier in the intimate Phillips Collection]
By Blake Gopnik

Posted by Mike Rhode at 3:58 PM No comments: