Art Spiegelman at Politics and Prose

Spiegelman gave his usual entertaining performance at a booksigning for Breakdowns last week. The crowd was standing room only, but I was near the front due to Rick B's vigilant saving of a seat. After noting that he didn't have to worry about the government trying to kill him or any of his usual fears, Spiegelman ran through a powerpoint that covered the high points of the Breakdowns book, touched on his children's book for his wife's imprint and then took questions. You can buy a recording of the talk from Politics and Prose.

Bruce Guthrie took his usual load of shots, but here's three that I got: 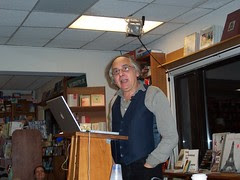 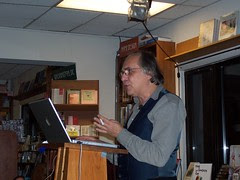 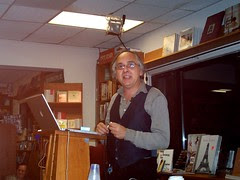 Posted by Mike Rhode at 7:38 PM 2 comments: Links to this post