The real history behind the look of "Wonder Woman"s Dr. Poison

The new Wonder Woman movie has a long-standing villain named Dr. Poison who is developing a super poison gas to reverse Germany's imminent loss of the Great War. Elena Anaya's character is shown with a porcelain mask over the lower quadrant of the left side of her face. 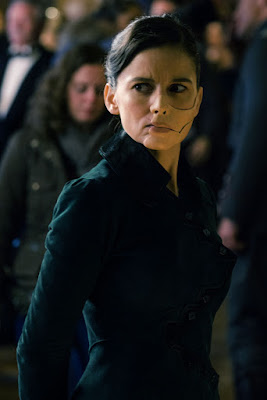 This mask actually has a background in the medical history of World War I. Plastic surgery was still in developmental stages, and for some soldiers who were too badly injured, Anna Coleman Ladd of the American Red Cross in Paris, as did sculptor Derwent Wood in a London hospital, made masks of enameled-metal. The masks were painted to match skin color.

Very few of these masks were made. The soldiers receiving them had horrific wounds from shells or shrapnel (as seen in the pictures that follow), and were often lacking bone or soft tissue to be reconstructed, often including their noses or eyes. Dr. Poison's mask drops off late in the film, and she's revealed to have a gaping wound in her cheek, which in real life, probably would have been leaking saliva and making it difficult for her to eat or enunciate clearly. I have no idea how she received the initial wound since she should have been a research scientist far from the front, but the movie shows her enjoying her work too much, so perhaps she went in person to see the use of mustard gas at the front.

Online for the first time is the 1919 report "United States Naval Medical Bulletin Special Number:Report On The Medical And Surgical Developments Of The War" by William Seaman Bainridge, Lieutenant Commander, Medical Corps, United States Naval Reserve Force courtesy of the Bureau of Medicine and Surgery's Historian's Office. The following pages are from the report and give some idea of the process: 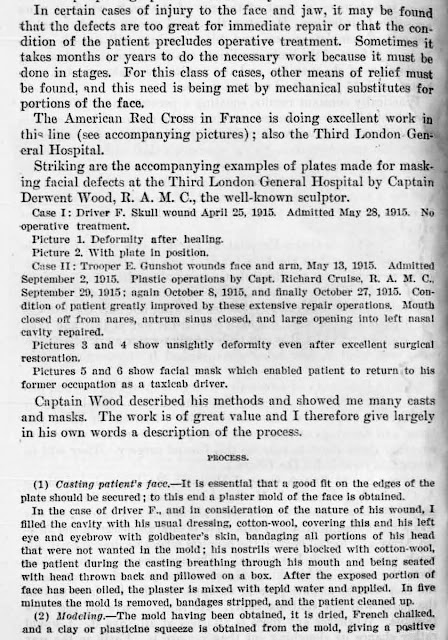 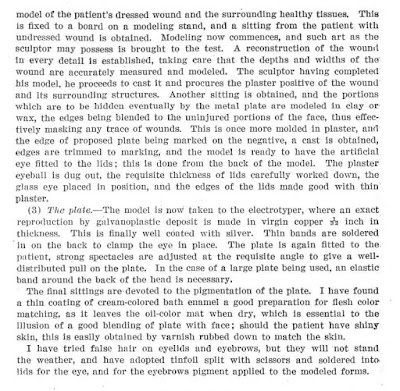 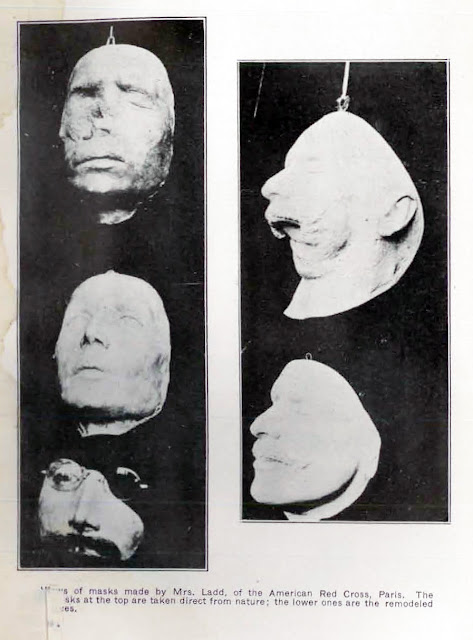 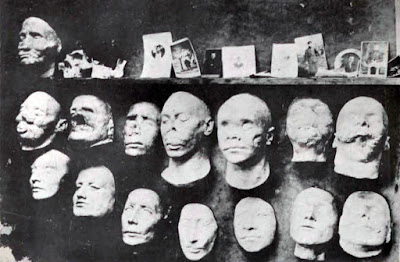 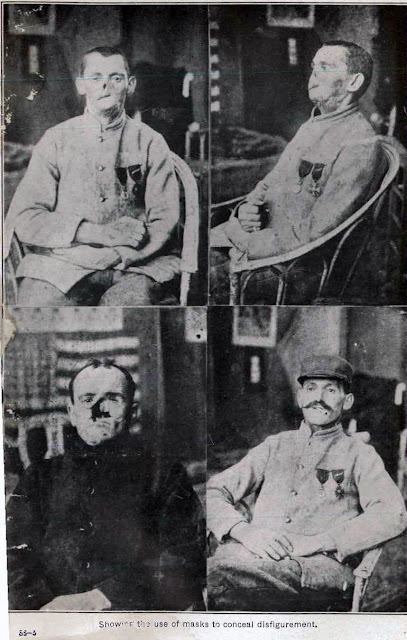 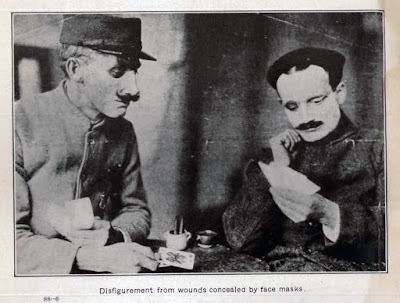 "Red Cross Work on Mutilés at Paris, 1918" a short film from the National Museum of Health and Medicine can be seen via the Medical Heritage Library and shows Ladd and her Parisian studio. The National Library of Medicine has written about the film here and here.