I picked up a damaged copy of Around the Capital with Uncle Hank by Thomas Fleming, New York: Nutshell Publishing Co, 1902 yesterday.

Actually, the web says he studied worked at the New York Sun, New York World, and Commercial Advertiser, and the most famous of his cartoons was "Senator Tillman's Allegorical Cow" whatever that might have been.

In this book, every other page is a cartoon, usually a caricature of a large-headed politician, like the ones that follow, but he also did line illustrations that look influenced by Phil May. An example can be seen here in the Corcoran Gallery cartoon where the old maid is admiring the Venus de Milo's breasts; for those wondering, back in the Museum's early days it had lots of displays of casts of classical sculptures for study. Actually, I would like to see that come back as you get a tactical sense that photography and books can't convey. And the tyranny of the art world for the original object can get tiresome.

I have nothing to say about the sheep-hugger though. 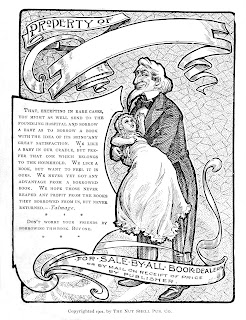 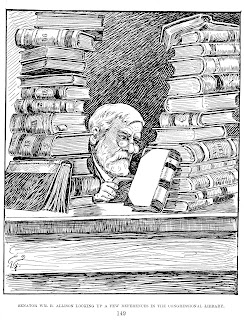 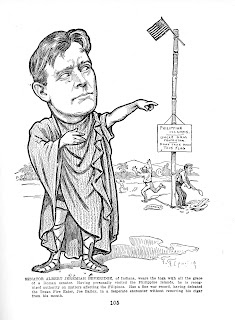 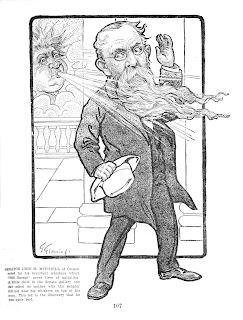 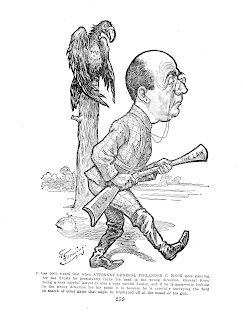 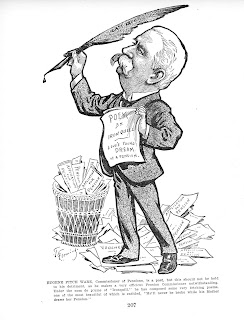 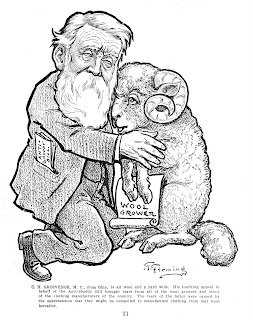 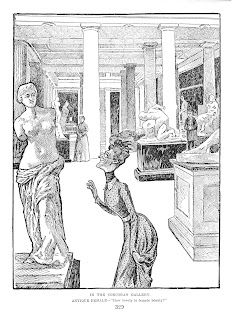 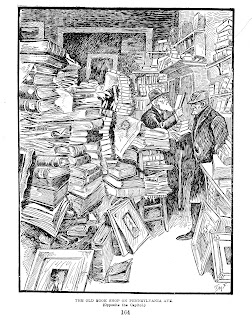 Nice! Is that from the library sale?

That was soooob by the way, not an expletive. Although the other works too, come to think of it.

And notice I scrubbed the owner's name out of the bookplate so you all can download it, print it out and use it. Don't use the two pictures with books in them though - I have a long-term project in mind for them.