Bill Mauldin and Sunday Funnies US stamps coming in 2010

On my Cartoonphilately blog, you can see more details about Bill Mauldin and Sunday Funnies US stamps coming in 2010 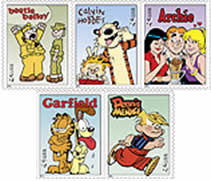 Posted by Mike Rhode at 9:22 PM No comments:

I helped out a miniscule amount on the collection of cartoons, and ComicsDC contributor Warren Bernard helped out more so we'll call this ComicsDC news - Todd DePastino Wins 2009 Sperber Prize for his Biography of World War II Cartoonist Bill Mauldin, Pittsburgh, PA (PRWEB) November 27, 2009. Both books are well worth reading.
Posted by Mike Rhode at 11:05 AM No comments: 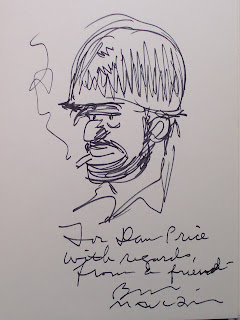 In a few minutes (local time), we'll hit 11/11/11 or, the 11th hour of the 11th day of the 11th month when World War 1 ended. This was known as Armistice Day until a second world war led to the change to Veteran's Day in the US. Following the lead of Charles Schulz, who often mentioned Bill Mauldin in Peanuts, we present a sketch the great soldier cartoonist did in a copy of his book The Brass Ring, many years after his World War 2 service.
Posted by Mike Rhode at 10:48 AM No comments:

Baltimore City Paper's annual comics issue (Sept 10, 2008) is out now. It's got an article by Emily Flake on how-to books, and the results of their annual comics contest. It also has a comic strip "Ten Jobs I Have Known" by Eamon Espey, "War Profits: New Biography Reveals WWII's Toll On Willie & Joe Cartoonist Bill Mauldin," By Christopher Skokna, and "Open Secret: Closed Caption Comics Creators Gaining Local Notice Just as Some Are Leaving Town," by Michael Northrup on a Maryland Institute College of Art comics collective.
Posted by Mike Rhode at 8:33 AM No comments:

My buddy Masteribid sends in this link where Jeff Danziger updates a classic Bill Mauldin cartoon. I've seen Danziger speak a couple of times in DC - he's usually fairly quiet, but he does make some strong points when he speaks up. I really like his style as well.

Doug reads comics too, and here's his review of the direct-to-video cartoon Superman: Doomsday.
Posted by Mike Rhode at 12:21 PM No comments: 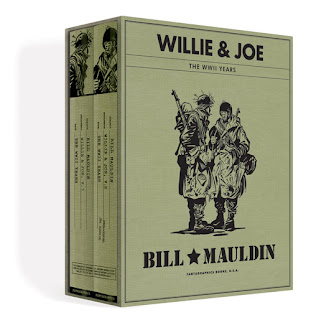 Longtime readers may recall that last summer I was trying to help out Todd DePastino and Gary Groth with scanning images for Fantagraphics' reprint project on Mauldin's Willie & Joe: The WWII Years. In the end I didn't accomplish much, although I did find a picture of a meeting between Mauldin and Sad Sack's Baker that Todd had missed. Fantagraphics kindly gave me an acknowledgement (another 15 seconds of fame!) and sent me a comp copy of the book - which is just lovely. Raise a glass to Gary and Kim Thompson and Eric Reynolds and the rest of the Fantagraphics crew - the books they're doing with Peanuts money are astounding. And Todd's work on this and the biography of Mauldin that came out earlier is fantastic as well.

Willie and Joe: The War Years by Mauldin out

This is the project that I went down to the Library of Congress a couple of times to try to make scans for. I don't think anything I got was ever used as the volumes were bound and a hand-scanner didn't work. K Stocker came with me and took photographs of some pages too, and we're both thanked in the acknowledgments as is Martha Kennedy of the Library who found the final image Fantagraphics needed. See Tom Spurgeon's review for more details and my buddy Charles Hatfield blogged about Mauldin and DePastino's biography of him today as well.
Posted by Mike Rhode at 9:48 PM No comments: 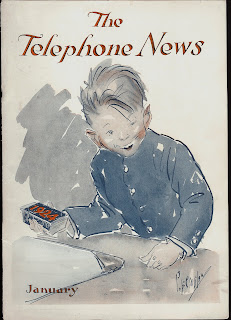 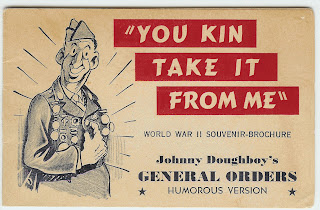 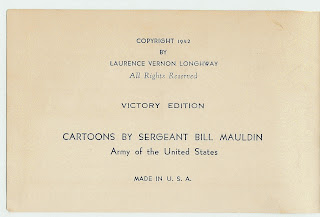 The Mauldin booklet should be reproduced in one of the new Fantagraphics books, courtesy of Warren.
Posted by Mike Rhode at 9:33 PM No comments:

this press release was sent to me and I've got a great deal of respect and admiration for the two cartoonists, so here it is:

The Jean Albano Gallery is pleased to announce an exhibition, History Revealed, featuring work by famed cartoonists BILL MAULDIN and JULES FEIFFER. The show opens on Friday, October 26, 2007, and will run through Saturday, January 6, 2008. The gallery will host an opening reception on Friday, October 26, from 5:30 to 7:30 pm at 215 West Superior Street, Chicago. This exhibition will explore subtleties between the work of these two men, whose editorial cartoons continue to be socially and politically relevant. Original watercolor drawings, editorial cartoons, and Feiffer’s illustrations from The Long Chalkboard (2006) will be shown. In addition, new limited edition prints by Bill Mauldin will be featured, including a special limited edition printing of Mauldin’s iconic “Weeping Lincoln” image.

The late cartoonist BILL MAULDIN is remembered for his depiction of life in the trenches during World War II. Stationed in Europe during the war, Mauldin drew cartoons for the Stars and Strips featuring two infantrymen named Willie and Joe. In 1945, Mauldin won his first Pulitzer Prize, “for distinguished service as a cartoonist, as exemplified by the series entitled ‘Up Front with Mauldin.” Mauldin became staff cartoonist for the St. Louis Post-Dispatch in 1959. In the same year, he won his second Pulitzer for a cartoon entitled I won the Nobel Prize for Literature. What was your crime? In 1962, Mauldin moved to the Chicago Sun-Times, where he worked until his retirement in 1991. One of Mauldin’s most famous cartoons, depicting the statue of Abraham Lincoln at the Lincoln Memorial holding his head in his hands, appeared in the paper after the assassination of John F. Kennedy in 1963. Mauldin passed away at the age of 81 in 2003.

JULES FEIFFER is a legendary, multi-dimensional personality whose talent is reflected in his many endeavors, including his beautifully composed and engaging artwork. In 2003, Feiffer was honored with a solo exhibition, Julz Rulz: Inside the Mind of Jules Feiffer, at the New York Historical Society. In addition, Feiffer’s most recent play, A Bad Friend, was commissioned by and performed at Lincoln Center, New York in summer, 2003. Jules Feiffer is known for his internationally syndicated cartoon strip, which ran for 40 years in The Village Voice and as a monthly feature in The New York Times. He is the author of over 35 books, including the children’s books By the Side of the Road, (2002) and I Lost My Bear (1998). He has written film scripts, among them Popeye (1980) and Carnal Knowledge (1971), and won an Academy Award for Munro (1960), an animated cartoon based on his story. Feiffer won the Obie and Outer Critics Circle Awards for his first full-length play, Little Murders, in 1969. He lives and works in New York City.


Also, this bit about Mauldin's Lincoln cartoon was included separately:

The “WEEPING LINCOLN,” by the great Bill Mauldin, is one of the most acclaimed and distinguished cartoons of the twentieth century. Drawn on November 23, 1963, the day of President John F. Kennedy’s assassination, the cartoon ran in commemoration the following day as the back page of the Chicago Sun-Times.

The cartoon captured the immediate emotional response to the president’s death as felt by millions of people around the world. The image remains unequivocal; a powerful tribute to this historic occasion.

Mauldin gave the original drawing of the “Weeping Lincoln” to Mrs. Jacqueline Kennedy, who later donated it to the Kennedy Presidential Library in Boston.

Unknown to the world, the original metal plate used for printing was rescued from the refuse container by Mr. Ralph Otwell, Weekend News Editor for the Chicago Sun-Times, and has been on the wall of his study for over forty years. Mr. Otwell brought the plate to Jean Albano Gallery in 2006, during their first exhibition of Bill Mauldin’s cartoons. It was an amazing discovery.

The Estate of Bill Mauldin, in association with Jean Albano Gallery, is privileged to offer a limited edition print of the “WEEPING LINCOLN,” hand-pulled from the original plate. This special edition is limited to ONLY 650 prints.

The “Weeping Lincoln” will be featured as part of the exhibition History Revealed: Jules Feiffer and Bill Mauldin, on display at Jean Albano Gallery from October 26, 2007 through January 6, 2008.

Bill Mauldin collection to be coming out

Dave Astor is also reporting "Bill Mauldin's WWII Cartoons to Be Collected in Two-Volume Set." I actually have been attempting to help with this - scanning pages from Stars and Stripes at the Library of Congress, but the images haven't been coming out as well as they should because the newspapers are bound together and the end of the image is in the binding gutter. Work-arounds are being investigated and I'm really looking forward to Todd's books.
Posted by Mike Rhode at 6:46 PM No comments: