Charlottesville Festival of the Book report

This weekend, we traveled to Charlottesville for the Virginia Festival of the Book. My wife's friend Mark Jenkins was reading from his Worlds To Explore, a selection of great adventure travel articles from National Geographic. 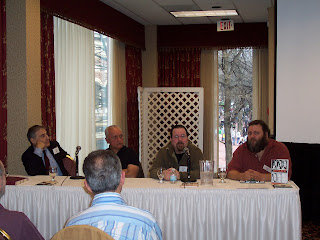 Among the points of interest:

Sid Jacobson said that Ernie Colon called and suggested the book. Jacobson thought about it and realized they could tell the story of the airplanes in 4 tiers for the 4 flights. Colon said that he had given up reading the report at about page 50 when he called Jacobson. They were greeted at Farrar Strauss Giroux by 5 publicity people and were surprised by the positive reaction. Usually it took months to pitch a book. It was their first meeting in fifteen years as Jacobson lives in California and Colon's on Long Island in NY. The book was about 1/2 done when they pitched it to publisher FSG. Jacobson broke the 9/11 report down by chapter and "as much as I could, I stuck to their verbiage." He did a full script with thumbnails and Colon did the layout. Colon said he modified the layout a lot as he was an early adaptor of the computer for his work. Jacobson said they're doing another work of "what we call graphic journalism or graphic history," Following the Different Banner about the 'war on terror.'

Helfer said that he wrote a full script which went to his artist in Switzerland, who emailed back pencils and then sent the inked pages back to the US for Helfer to scan because the artist's computer couldn't handle the high-resolution files. Helfer said that among the changes to be made was one altering a drawing of Malcolm X holding an automatic weapon. The original famous photograph is copyrighted, so the artist had to draw him from a different position. The next books will be on Ronald Reagan and J. Edgar Hoover. After a question from the audience, Helfer noted that these books were vetted by a historian, and also by FSG's non-fiction department, but weren't meant to be definitive biographies. They were abridgements, and while "a picture may not be worth a thousand words, but it's worth a few paragraphs of exposition."

At the end of the talk, I bought copies of the books (second time for the 9-11 one, but I couldn't find my copy before I left) and had them signed. I was able to tell Jacobson and Colon how much I appreciated their Harvey Comics' work on Casper the Friendly Ghost, Hot Stuff and Richie Rich which I loved as a kid. Dark Horse is releasing a large 'essentials' format Casper and I'll be buying two - one for me and one for my daughter.

I was able to get in some bookstore and antique shopping time and here's some of what I found. This beat-up children's book was from the Teenie Weenies - a comic strip that started in 1914 and ran until 1990 according to Don Markstein. A website devoted to them is here. 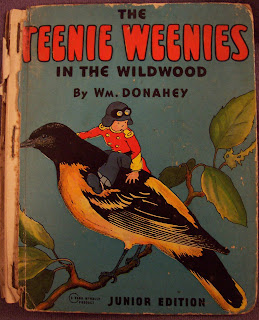 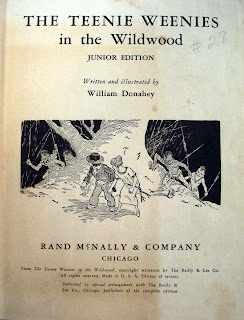 In the same antique mall, I found Whitman novels of Dick Tracy and Terry and the Pirates as well as this Gill Fox original drawing which I'm glad to have rescued. The mold is only on the matte fortunately. 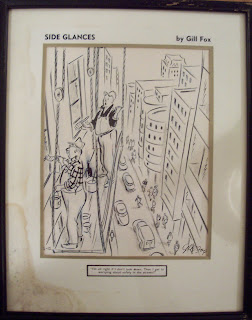 At an antique store in town, I found these. 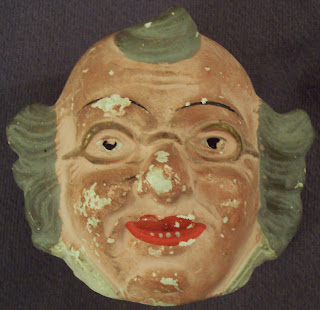 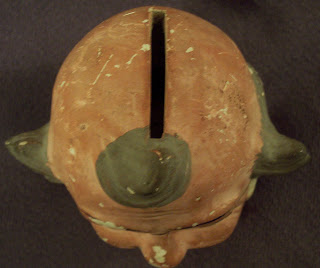 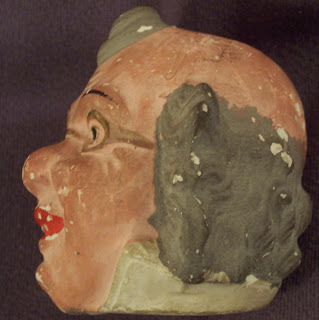 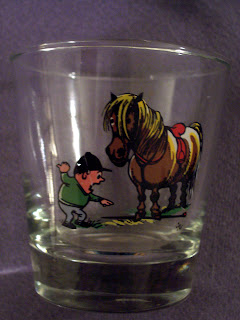 The top is a bank of Foxy Grandpa, a strip by Bunny Schultze that Don Markstein says ran from 1900 until the 1930s. The second is illustrated by British cartooning great Norman Thelwell. 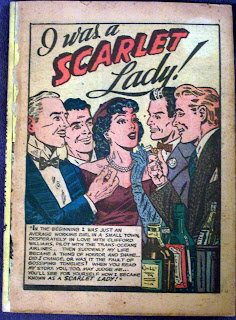 Finally, on the drive home I stopped in another antique mall and picked this up. It's a coverless copy of Honeymoon Romance #1 - a rare comic apparently. One sold in near mint condition for $1440 last year - not this one obviously!
Posted by Mike Rhode at 7:15 PM

A fellow antique story habituator at work actually recognized Thelwell from her childhood! She had some of his horse cartoon books as well as Eric Gurney's dog books.