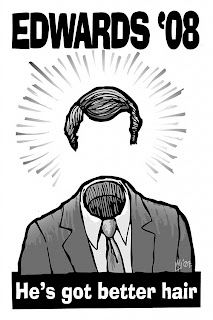 DC poster artist Mike Fluggenock has announced a new series of caricatures under the banner New Editorial Cartoon Series: "Your Jackass Slate For 2008!" As you can imagine, the pictures aren't pretty - so click on the link and look at them. It's up to you whether you poster the town with broadsheets though. 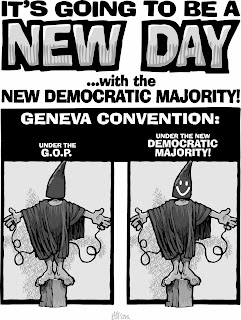 Boy, I just love his stuff and more of it's here.
Don't miss the New Day with the New Democrat Majority series either!
Posted by Mike Rhode at 7:29 PM