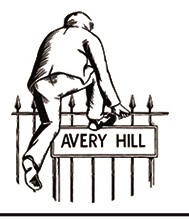 Tillie Walden was a guest at SPX this year for her autobiography Spinning out now from First Second. I was surprised to be told that she had already published three works with a British publisher and that Avery Hill Publishing was at the con. On their website, they have a very clever mission statement: "Avery Hill is a publishing company based in South London that helps aspiring creators reach their potential and is a home to the geniuses that the mainstream has yet to recognise. Our canon includes psychogeographical mappings, drunk 19th century scientists,time-travelling beagles, minimalist musings, kids running amok in dance tents, a giant cat called Nemo and much more." I went over and met owners Ricky Miller and David White, and they agreed to an email interview.

How long has Avery Hill been publishing?

We started self-publishing our own zines about six years ago. They were mainly filled with our own work and contributions by friends. Then we realised that everyone else we were publishing were far better than us and so we decided just to put out work by them. It kind of escalated from there, but some of the people from the early days, such as Tim Bird who does the Grey Area series for us, are still with us now. 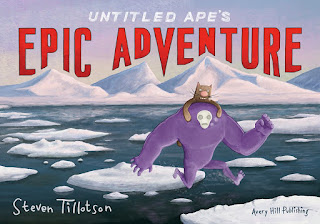 Where are you based?

We’re based in London in the UK. We tend to get a bit provincial and narrow it down to South London as there’s a faux rivalry between north and south London, in the same way you get in a lot of cities. We both grew up around this area, we’ve know each other since we were eleven and Avery Hill is an actual place quite nearby that we used to go to when we were young. The Avery Hill logo is actually based on a photo of Ricky climbing over the fence into Avery Hill when we were 18.

How many artists do you publish? Just cartoonists?

Over the years we’ve published roughly 25 creators, some multiple times. We mainly do comics, but we’ve also put out a couple of books of illustrations, including Internal Wilderness by Claire Scully, which is a series of images of imagined landscapes and A Is For Amos by Ukranian illustrator Daria Hlazatova, which is an A to Z of illustrations of her favourite musicians. In the UK a lot of the comics creators we work with come form an illustration background rather than a comics/cartooning background, so it’s quite a fluid thing to move from comics to also illustrating things like children’s books and magazine editorial work. 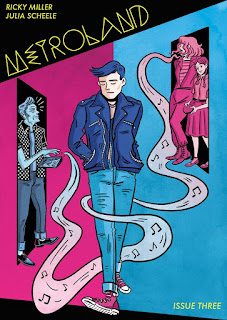 What are your individual backgrounds?

We both grew up within about a mile of each other in the deep, dark, working class suburbs of South East London. We went to school together and are still very close friends with some other people from that time. We shared a common interest in music, mainly Britpop at the time and comics. After university we briefly formed a band, called The Do-Nothing Kings with some other friends and then when we realized we weren’t very good we started doing podcasts and music reviews. Dave then decided to put out a zine, which Ricky contributed a comic to called Metroland (which we still put out and that brings you up to date.

One of the first books that we both got into was Cerebus by Dave Sim. Whilst we find his politics and social attitudes problematic to say the least - Google him if you don’t know the story - the level of artistry in those books by him and his background artist, Gerhard, plus his self-publishing ethos were massively influential. We’d also both consider From Hell by Alan Moore and Eddie Campbell to be one of the greatest works of art in any form. In recent times anything by Darwyn Cooke or the Morrison & Quietly partnership are essential. More modern creators from around our scene would be people like Jillian Tamaki, Jason, Eleanor Davis and Isabel Greenberg.

Was this your first American con?

Yes, this was our first con in the US. We’ve mainly only done shows in the UK, apart from going to the Toronto Comics Art Festival a couple of times and one in Denmark. We’d definitely like to do more of them and are seriously considering shows in Boston and New York next year. 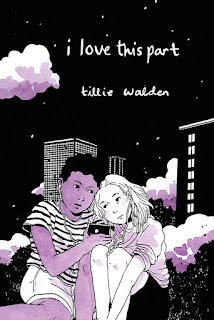 We met the Executive Director of SPX, Warren Bernard, at the Toronto Comics Art Festival last year when we were there with our creator Tillie Walden. Warren took a lot of interest in our work and said that he’d love for us to go to SPX this year and that he’d help us out with some of our expenses. We were blown away by the generosity of that and of course accepted. We’d tried to get in to SPX in the lottery prior to that and we also had a couple of Tillie’s books nominated in the Ignatz awards last year (which she won) so we were desperate to make it there. We’d heard such great things about SPX, it’s pretty famous in the UK.

What did you think of it?

We absolutely loved it. The quality of the exhibitors was incredibly high and there were lots of great talks and guests. The overall vibe was just lovely as well, such a great feeling of community and diversity. Little touches, like having free coffee in the morning really make a difference as well. When you do a lot of shows you definitely notice that kind of thing. Having all of the exhibitors in the same room is another great thing as often if people are in different rooms then it can inevitably lead to some feeling they are in an area with less footfall.

How were your sales?

Sales were great, it was busy all weekend. We sold nearly everything that we shipped over, which meant that we didn’t have too much to have to carry back! It definitely stands comparison with some of our best ever events in that regard.

How do you decide what or whom to publish?

Essentially we just publish books that we like. Which doesn’t really tell you very much but it’s how it is. When we started Avery Hill we had no greater aspiration than to end up with a shelf of books that wouldn’t exist had it not been for us. We run this company in our spare time, we both have day jobs, so we have to keep it interesting for us and that means basing what we want to publish more on our personal choice than it does on a commercial decision. One of us will find a creator and then we’ll both discuss whether or not to approach them. If we do then we ask the creator what they’d like to do and more often than not we agree to do whatever it is they’re most interested in doing. Our only real limitation is time, so that dictates how many projects we can take on, but beyond that it really is just a case of trying to find books and creators that we’re passionate about. Luckily, it also often pays off. 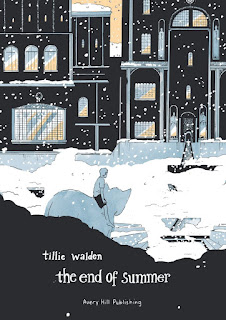 How did you become Tillie Walden's first publisher given that she's an American educated in Texas and Vermont?

We first discovered Tillie’s work on Twitter when she posted a couple of images that someone retweeted. We got in touch with her to see if she’d be interested in doing a book and got a reply back from her saying she was too busy with school as she was only 17. This stunned us as the level of her work was already very high and we’d assumed she was much older. We gave it another six months and then got back in touch with her when she had finished school and had enrolled in the Center For Cartoon Studies in Vermont. This time she agreed to put a pitch together for us, which turned out to be her first graphic novel, The End of Summer. We loved working together and so quickly moved on to do another two books with her, all before she turned 19! She’s a great friend of ours and often comes to shows with us. The UK has a long tradition of discovering great US creators before their own country does, so we refer to Tillie as being our Jimi Hendrix.

Does your company have an overall aesthetic?

People often say to us that although we have a very wide range of different kinds of books, they can still see an Avery Hill aesthetic unifying them into a cohesive line. If there is one then it’s probably the midpoint between both of our tastes, plus the strong emphasis that we both put on quality writing. But really, an Avery Hill book could be anything, as long as we both like it.

Did you get to spend any time in Washington?

Yes we got out here early in order to do some sightseeing. It’s such a lovely city! We did the usual touristy things of the Lincoln Memorial/Washington Monument and the National Gallery of Art, of which the Impressionist section was a big highlight! Then on Friday evening we went to see The Nationals vs The Dodgers, which was great fun. We definitely hope to come back some day soon!