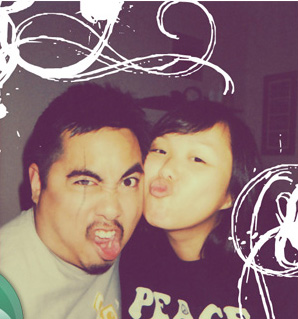 Chris Mararac is the subject of the last of our local webcomics creator interviews...

Mike Rhode: What type of comic work or cartooning do you do?

Chris Mararac: In terms of cartooning, I occasionally work on a webcomic called Work Time Friends but it was on a bit of a hiatus as I just bought a house and then I got a promoted to a new position at work. I play on restarting it next year. But Work Time Friends kinda deals with some humorous situations working at an office job. It's supposed to be a kind of goofy slice of life piece. As for Small Press Expo, I usually do some short comics that is heavily influenced by Japanese comics/manga.

I work mostly in digital, using a wacom tablet and photoshop for illustrations. For actually comics, I started using a program called Manga Studio. It's a great program because it streamlines word bubbles and makes using screentones a snap. I sometimes still do the rough sketches for preliminary work though.


Why are you in Washington now?  What neighborhood or area do you live in?

I have a bachelor in Fine Arts from the University of Maryland. 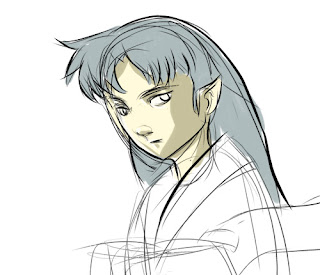 In terms of Cartooning and Comics, I would have to say that Becky Cloonan (She was the artist on Demo written by Brian Wood and also illustrated American Virgin released by DC Vertigo)  actually talked me into switching my major from Comp Sci to Art. At the time I felt I wasn't good enough but she countered with that that was why I'm in school. I also have a whole slew of heroes from Rumiko Takashi who did Ranma 1/2, Brian Lee O'Malley who did Scott Pilgrim, and many others. Though, sometimes when I look up to them, I feel a bit overwhelmed, because they're so far ahead.


If you could, what in your career would you do-over or change?

Currently, art seems to have taken a backseat for me. I'm still trying to get a graphic design position anywhere but I'm currently working for Navy Federal Credit Union as a loan servicing account specialist. I think if I was to do it all over again, I'd probably would have liked to taken more risks in my younger years, because the older you get, the harder it is, when you're tied down with a mortgage.

I honestly don't know what I'm known for. LOL 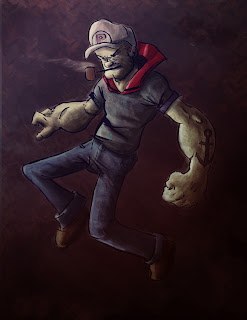 I strangely get really proud of whenever I finish a new project and I try to showcase it to all my friends. Drawing makes me feel like such a kid, in a good way.

I'm trying to finish a short graphic novel for SPX 2013. I usually just do short zines, but would like to work on a bit more developed story.

Whenever I'm stuck, I try to relax and find inspiration to start up my motivation again from other things, whether it's a movie or an interesting comic. I sometimes try to remind myself what inspired me in the first place. I have a small list of things that always seem to inspire me and I'll go back to that. But overall, I try not to force myself too much when I'm overly exhausted. Rest is just as important.

For now, comics will probably just remain as a hobby but it's  something I still want to continue to do as long as it's fun.

One thing is that DC is seriously underrated, which is kinda a hipster thing to say. I mean, when people think DC, they mostly think it's just politics but there is a pretty decent art scene here. It does have its own culture but most people fail to realize that. A lot of people who visit just think of seeing the monuments, but fail to realize that Maryland and Virginia is pretty close by with lots to do, etc.

Also, DC, MD, VA, is pretty culturally versed, there is a pretty big Asian community, as well as other ethnicities... so that's another plus.

I don't like how they call the DC, Maryland, Virginia area, DMV... because I start to think of the  department of Motor Vehicles, and nothing good comes from that association.


What monument or museum do you take most out-of-town guests to?

I think the most interesting museum is the Spy Museum but whenever I have family or a guest over, they always seem to have to do the whole tourist thing, see the monuments, etc. Can't really avoid that. But I think I usually focus on the Smithsonian Museums, because we're in a recession and free stuff is awesome.

Hmmm... Off in Rockville, there is Jo's Noodle House which is an awesome hole in the wall Chinese place. Usually after the Small Press Expo, we'll go there. For DC Proper, I would suggest the food trucks.

Not the new hipster ones, but the ones that sell hot dogs all across DC Area. I personally think they're better than NY hotdogs.

I do have a personal website, http://www.uppercut-justice.com/, where I post (on hiatus) Work Time Friends, as well as a artblog I run with some people called Digital Sketchbook.
Posted by Mike Rhode at 10:57 AM