Newly published books continue to appear in my mailbox. I'll try to get notices of them up more regularly.

I find myself enjoying much of Scholastic's line for young people. Sunny Side Up was one of my favorite recent semi-autobiographical books. A sequel comes out this fall, and is more episodic, but we do meet the older brother whose 1970s-era problems with drugs have led him to being enrolled in military school. Recommended. 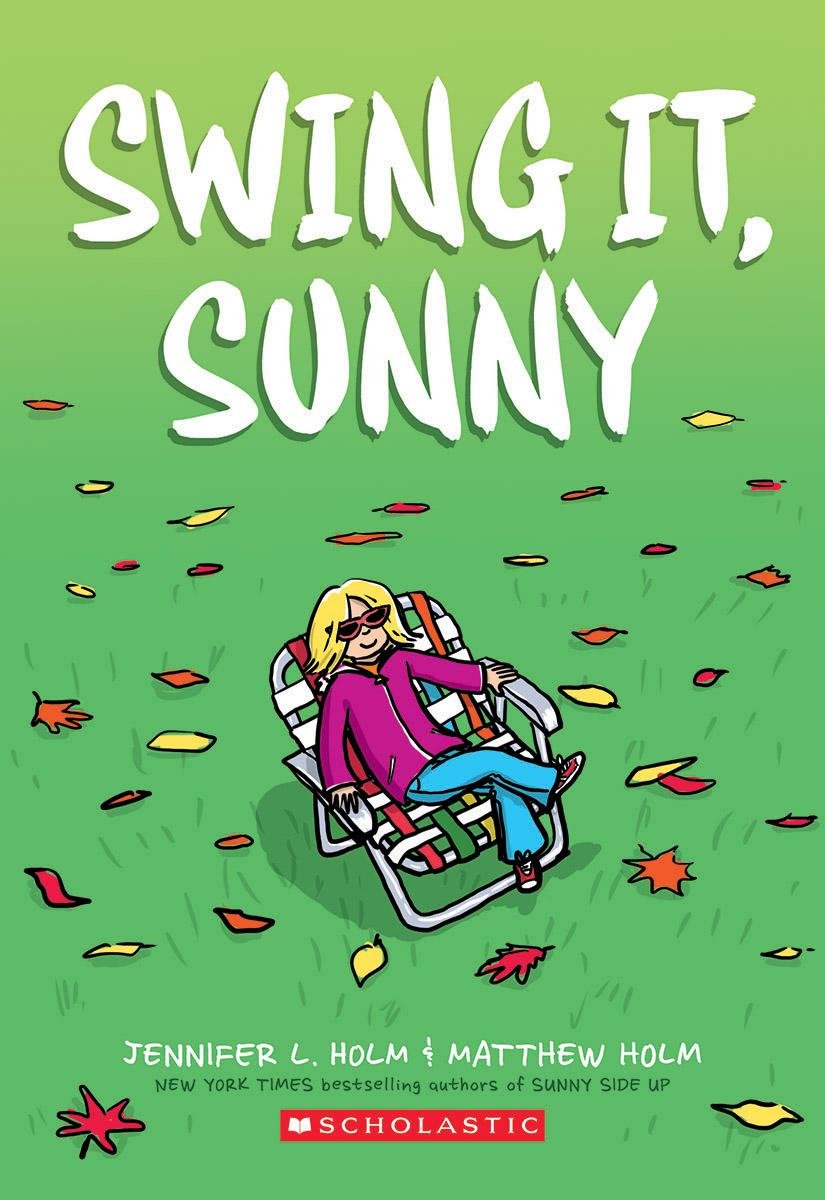 by Jennifer L. Holm (Author), Matthew Holm (Illustrator)
Scholastic
Summer's over and it's time for Sunny Lewin to enter the strange and unfriendly hallways of . . . middle school. When her Gramps calls her from Florida to ask how she's doing, she always tells him she's fine. But the truth? Sunny is NOT having the best time.

Not only is the whole middle school thing confusing . . . but life at home is confusing, too. Sunny misses her brother Dale, who's been sent to boarding school. But when Dale comes back, she STILL misses him . . . because he's changed.

Luckily Sunny's got her best friend and a mysterious new neighbor on her side . . . because she is NOT going let all this confusion get her down. Instead, she's going to remain Sunny-side up! 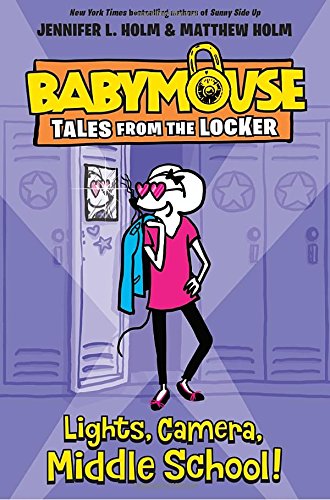 The Holms are also expanding their Babymouse series beyond the juvenile graphic novel books into middle school and mixed chapter book style. Not read.

It’s a new kind of book for Babymouse! Fans of Dork Diaries, Diary of a Wimpy Kid, and James Patterson’s Middle School books, this is going to be epic. . . .

For Babymouse, middle school is like a monster movie. You can never be sure who’s a friend and who’s an enemy, and the halls are filled with mean-girl zombies. Instead of brains, the zombies hunger for stuff—the perfect wedge sandals or the right shade of sparkly lip gloss—and they expect everyone to be just like them.

But Babymouse doesn’t want to fit in—she wants to stand out! So she joins the film club to write and direct a sweeping cinematic epic. Will making the film of her dreams turn into a nightmare?

Thanks to Babymouse, middle school gets schooled in this hilarious new series from bestselling authors Jennifer L. Holm and Matthew Holm.

Christopher Eliopoulos has been using his big-head style on historical biographies with Brad Meltzer, but he also does a lot of other cartooning. His original graphic novel about receiving superpowers via a magic ring and then getting caught in a video game eventually becomes a story about the importance of family. This book is probably best for pre-teen boys, but I enjoyed it. Recommended. 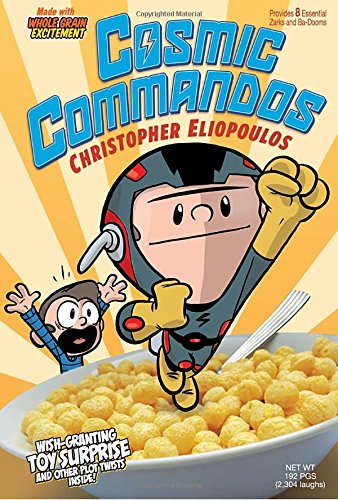 In this graphic novel adventure for readers of Hilo and Roller Girl, a pair of twin brothers accidentally bring their favorite video game to life—and now they have to find a way to work together to defeat it.

Jeremy and Justin are twins, but they couldn’t be any more different from each other. Jeremy is a risk taker who likes to get his hands dirty; Justin prefers to read, focus, and get all his facts straight before jumping in. But they do have one important thing in common: They both love video games. When Jeremy wins a cereal-box charm that brings his favorite video game to life, villains and all, he finds that he’s in way over his head. Justin knows everything there is to know about the rules of the game—he read the handbook, of course—and Jeremy isn’t afraid to try new things. Can these two mismatched brothers work together to beat the video game that has become their life?

Lee J. Ames died in 2011, but his Draw 50 series has been continued. Two new books with art by Erin Harvey were sent to us. Not read. 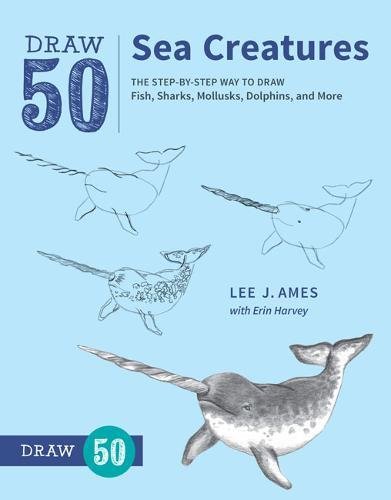 In this new installment of Lee J. Ames's beloved Draw 50 series, readers will find easy-to-follow, step-by-step visual lessons on sketching and rendering all kinds of sea and ocean-dwelling creatures. Animals and plants from in and near the water featured in the book include clownfish, whale sharks, sea otters, dolphins, turtles and more. 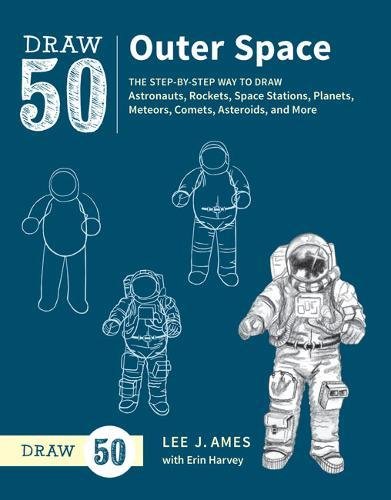 by Lee J. Ames (Author), Erin Harvey (Author)
Watson-Guptill
Part of the best-selling Draw 50 series this step-by-step guide to sketching and rendering astronauts, planets, asteroids, comets, spaceships, space stations, and other elements related to outer space exploration is for artists of all levels.

In this new installment of Lee J. Ames's beloved Draw 50 series, readers will find easy-to-follow, step-by-step lessons for outer space drawing. In each lesson, six wordless steps provide everything needed to master drawing all kinds of planets, moons, comets, and meteors, as well as astronauts, rockets, spaceships, and other aspects--both natural and manmade--related to charting the cosmos.