A few pictures of Al Feldstein

AP is reporting that the great Mad Magazine editor Al Feldstein has passed away. I knew him slightly. He used to send seriously leftist emails to people he knew. I will set about saving them for a the Billy Ireland Library at Ohio State. 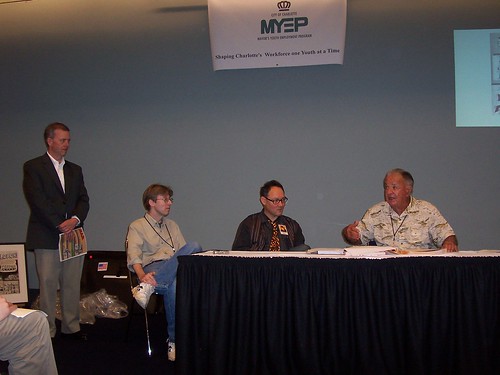 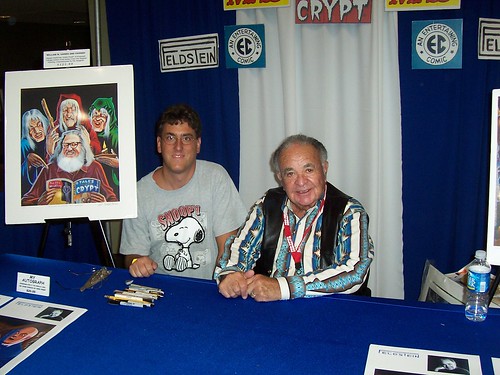 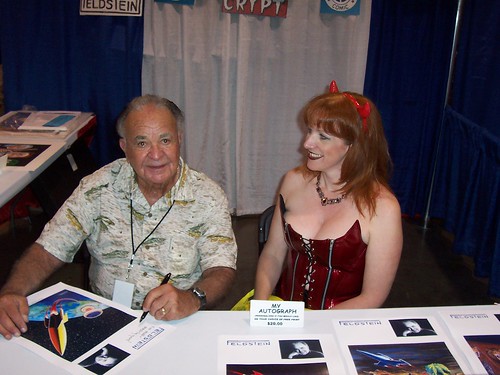 Al and a fan at Heroes Con. 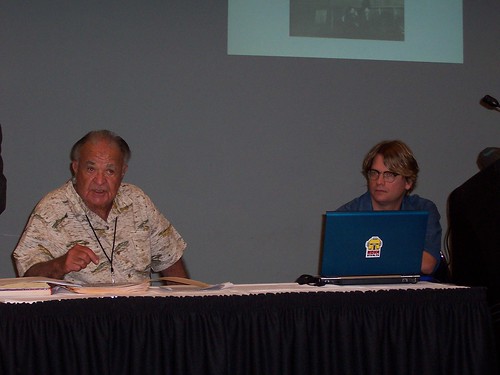 More pictures from the 2008 Heroes Con are here.
Posted by Mike Rhode at 4:30 PM