Andrew Cohen will hold a workshop on making your own superhero April 12 from 1-4 p.m. at Art Enables in Washington, D.C. The event is free but space is limited so reservations are encouraged. Email: bbaldwin@art-enables.org

"Andrew Cohen is a comic booker in Washington, DC. In addition to his self-published comics, such as Howzit Funnies and Dr. W, he has also created comics for the Washington Bach Consort and the Washington Mandarin Oriental Hotel. His book Surrealia: Chapter One, with Billy Lopez, appeared in Mount Hope, the literary journal of Roger Williams University, and his comic for the Harvey Award nominated District Comics, was featured in the Washington City Paper. He is an original member of the D.C. Conspiracy, a local comics collective, and helps put out the free comics newspaper, Magic Bullet.

This workshop is free to the community and all materials are provided." 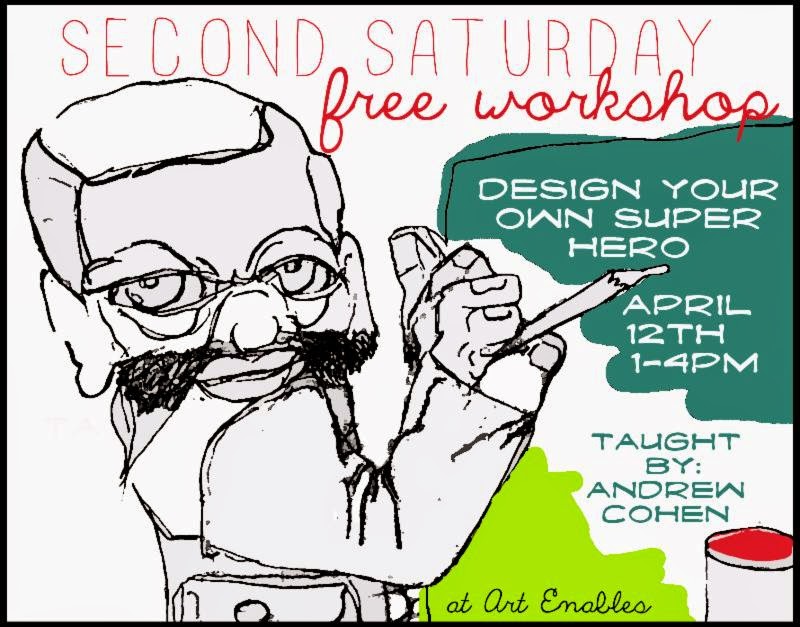 Posted by Matt Dembicki at 7:00 AM