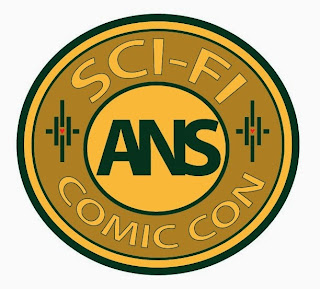 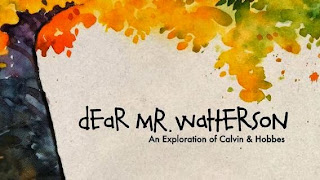 The ANS Sci-Fi & Comic Con is a fundraiser and awareness-raiser for Archbishop Neale School, a Catholic School in operation in La Plata for over 85 years.  The event is organized, promoted and run by a small staff of committed volunteers and every penny raised goes directly to the school.  The popular event features over 50 vendors and artists selling original art, old and new comics, trading cards, collectibles, toys and other pop culture ephemera.  Over 75 vendor tables sold out in less than 24 hours when they were made available in January prompting organizers to open hallways in the school to accommodate more dealers.

"We were really lucky that "Dear Mr. Watterson" was made by such a generous guy like Joel", says convention organizer Tom Boone.  "He understood that this is our first film festival and a charity event, too.  Joel graciously gave us permission to screen this wonderful film that I think matches our audience perfectly.  It's great for young, aspiring artists as well as fans of comics and great art."

In addition to the indie film fest favorite "Watterson", five other fan-produced films have been announced as part of the Independent Fan Film Festival.  "All of these films were made by fans, and can exist within the film franchises they represent because they happen just outside of the films we've already seen", says Boone.  The Italian "Dark Resurrection" takes place several hundred years after "Star Wars - Return of the Jedi" and "The Hunt for Gollum" follows the adventures of the J.R.R. Tolkien-created character Strider, who was not seen in the "Lord of the Rings" trilogy.  Similarly, the Harry Potter-related film "The Greater Good" features a story of Young Dumbledore mentioned in one of J.K. Rowlings' books and "Judge Minty" is based on a character from the "Judge Dredd" comics.  A parody of the A-Team, "The Safe Team", rounds out the selection of films.  Attendees can vote for their favorite films and the winning director will receive a "Best Film" trophy made by Virginia -based glass artist Patti North.

Organizers encourage attendees to plan for a full day at the ANS Sci-Fi & Comic Con.  An Art Contest for Kids will be featured as well as a costume contest for all ages.  There will be a Silent Auction featuring autographed items and collectibles and door prizes will be awarded hourly.  Costumed members of the 501st and Rebel Legions will be on hand to play a Star Wars Angry Birds game with kids.  Plus Viking re-enactors from the Longship Company will be returning with their historic Nordic artifacts and food will be available, too.

The ANS Sci-Fi & Comic Con and the Independent Fan Film Festival run concurrently on May 10, 2014 from 10-3pm at Archbishop Neale School, 104 Port Tobacco Road, La Plata, Maryland.  Admission is $5 for adults and free for children 10 and under.  For more information, visit www.anscomiccon.com

Films to be Shown during the Independent Fan Film Festival at ANS Sci-Fi & Comic Con:

"The Hunt for Gollum", directed by Chris Bouchard

The ANS Sci-Fi & Comic Con is an ALL AGES fan and collectors event benefiting Archbishop Neale School on Saturday, May 10, 2014, from 10am to 3pm. For more information, visit www.anscomiccon.com

Archbishop Neale School is a Catholic elementary school in La Plata, Maryland that has been in continuous operation since 1927, with a two-track system for grades Pre-K through 8 and a curriculum centered on the Archdiocese of Washington graded course of study. We are fully accredited, and our teachers are certified by the State of Maryland in their specific areas. We serve Catholic students from over seven parishes and many non-Catholics as well. For over 80 years, parents have entrusted their children to ANS because they are assured of an excellent, Archdiocesan standards-based academic curriculum that encompasses Catholic faith and values delivered in a safe, caring environment. For more information, visit www.ArchbishopNealeSchool.org