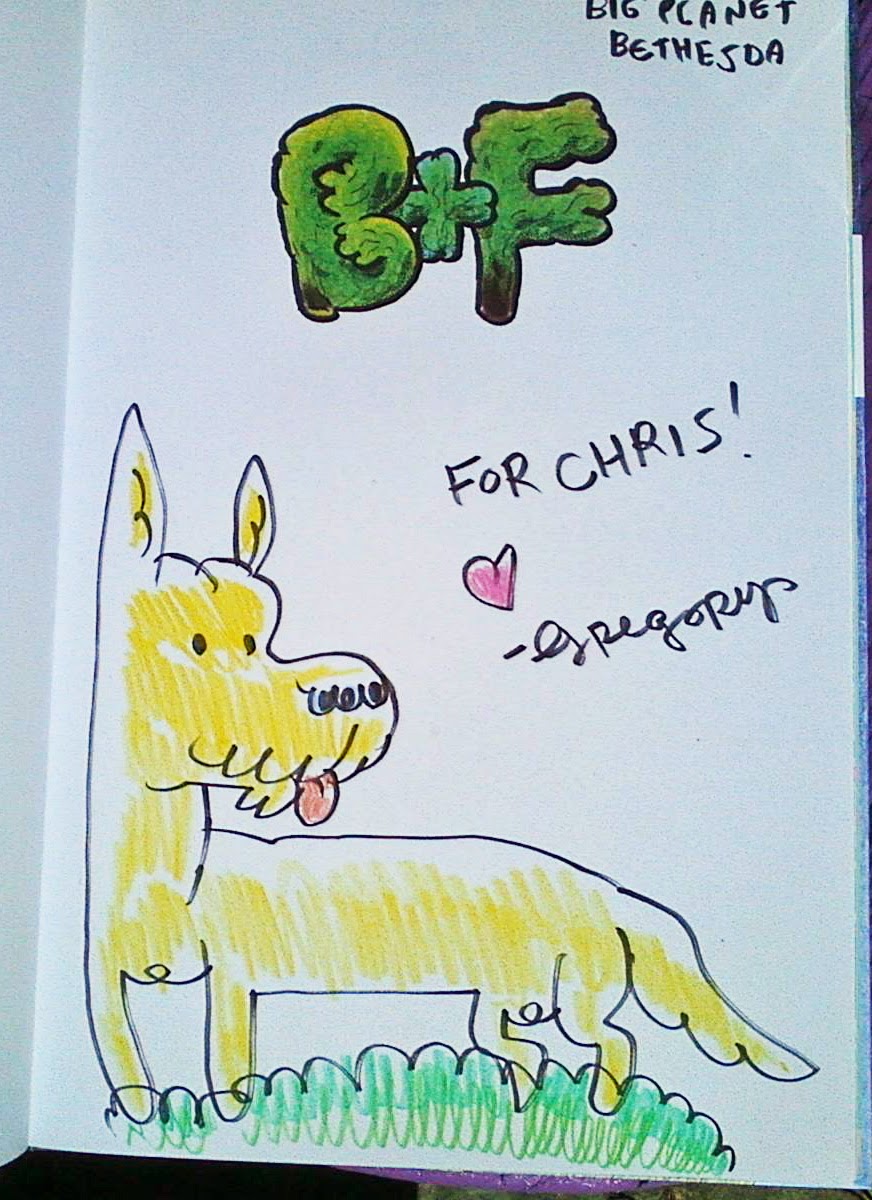 Last month I reported on Gregory Benton's visit to Big Planet Comics in Bethesda. I was there yesterday, and the store still has six copies of B+F with large original illustrations in them. They look like this one. Get one before they're all gone!

Posted by Mike Rhode at 9:56 AM No comments: Links to this post

Posted by Mike Rhode at 9:53 AM No comments: Links to this post 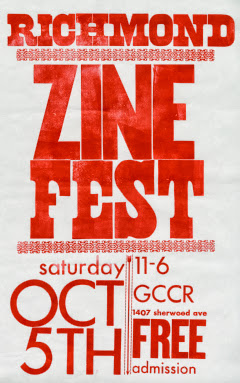 Posted by Matt Dembicki at 11:37 AM No comments: Links to this post

Dungeon The Early Years Vol. 1: The Night Shift by Blain, Sfar and Trondheim.
This is a shared universe by a bunch of French creators. Some time ago, Bart Beaty attempted to explain how it all worked in the Comics Journal, but since most of the comics hadn't been published in English yet that was tough reading. Suffice to say that a castle with a dungeon is built in this book, and in later books it becomes the center of magical adventures, although eventually one of the workers in it takes over the world as a dark ruler. These are all fun, mostly oddly-drawn (to American eyes) and well worth checking out.

Mustard #4.
There's an excellent interview with Alan Moore in this small UK magazine, and online you can get 2 paper doll cutouts of Moore. The mailing cost to the US was reasonable and the whole package cost about $6 through Paypal.

Illustration 26.
I get this regularly at Big Planet, but this issue had a Shadow pulp cover by Graves Gladney which made it a guaranteed sale. As a youngster, I was fascinated by pulp heroes who clearly were the forerunners of superheroes, and the Shadow was my favorite. In addition to the article about Gladney, who painted over 250 of the Shadow pulp covers, there are pieces on the American Academy of Art (which had cartooning classes) and Nan Pollard (a children's book illustrator who did licensed cartoon material such as Disney and Harvey Comics). The writing is slightly amateurish, but the other production values are first-rate.

Johnny Hiro by Fred Chao, Adhouse Books.
I've gotten to know Chris Pitzer, publisher of Adhouse, slightly over the years at SPX and have come to appreciate the quality of his books and now I just buy them automatically. Johnny Hiro is an amusing collection of short stories, set in Manhattan. Hiro is forced by circumstances to live up to his name, and Chao puts him in odd, manga-influenced difficulties. In the first story, a Godzilla-like monster attempts to take revenge on his Japanese-born girlfriend. In later stories, Hiro's work at a Japanese seafood restaurant puts cleaver-wielding chefs on his trail as he attempts to lose them on a drive through Manhattan. The art is good, Chao breaks the 4th wall when necessary, and I'm looking forward to more of his work.
Posted by Mike Rhode at 8:49 AM No comments: Links to this post

Richmond's Adhouse Books has another sweeet one coming out

See "Pixar & Comics - Ronnie del Carmen on 'And There Your Are'," By Chris Arrant, Newsarama 18 March 2009. Publisher Pitzer is usually at SPX with a pile of lovelies.
Posted by Mike Rhode at 9:56 PM No comments: Links to this post

With Best of 2008, AdHouse Books blog (November 24 2008), Richmond's Chris Pitzer decides to lead the pack with a month still left to go in the year - I haven't read any of his picks yet although I've got Alan's War.
Posted by Mike Rhode at 8:06 PM No comments: Links to this post

See Indie Spinner Rack Issue #125 from Monday, May 26, 2008 for Part One of our look at the state of comics distribution! Retailer Andrew Neal, owner of Chapel Hill Comics and publisher Chris Pitzer of AdHouse Books join us to discuss Diamond Comic Distributors - how the system works, what works well, what doesn't, and how can it be improved?
Posted by Mike Rhode at 9:20 PM 1 comment: Links to this post

Chris runs Adhouse Books in Richmond and has published some lovely stuff recently including books on Paul Pope and James Jean. Chris is a regular at SPX which is where I got to know him better this year, especially at the underattended Matt Wagner signing at Big Planet comics. He publishes absolutely gorgeous books. Check out Tom Spurgeon's "CR Holiday Interview #8: Chris Pitzer," Comics Reporter (January 4 2008).
Then go buy those two books in particular.
Posted by Mike Rhode at 6:48 PM No comments: Links to this post

One of the interesting people I met at the Matt Wagner signing at Big Planet Comics was Chris Pitzer, publisher of AdHouse Books. He's got an absolutely lovely, and giant, James Jean art collection out now - the thing is enormous. Chris is based in Richmond - local enough for this blog! Check out his blog and publishing sites.
Posted by Mike Rhode at 8:46 PM No comments: Links to this post