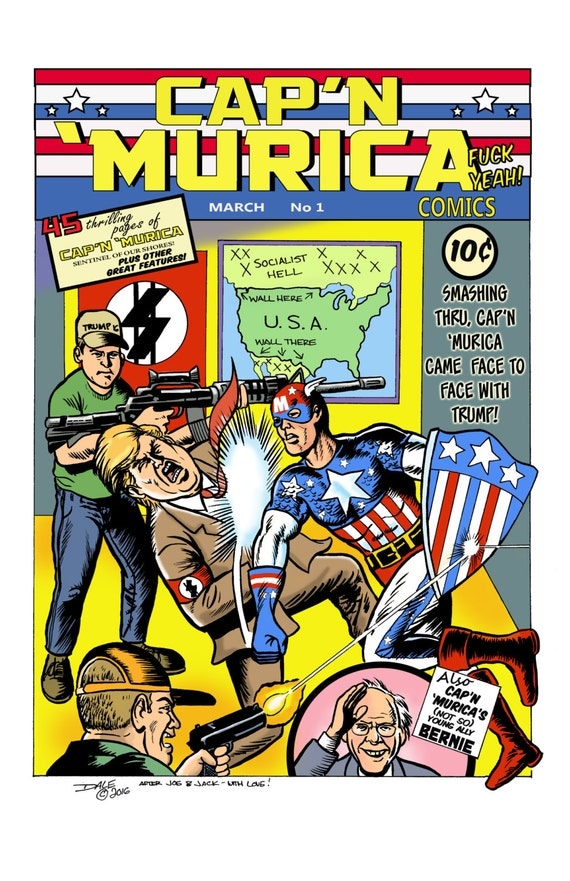 Starting this weekend.... 25% of my sales of this Cap'n 'Murica print (an homage to Captain America #1 replacing Hitler with Trump) will be donated to Bernie's campaign. I also have a Hillary variant coming where again 25% of those sold will be donated to Hillary's campaign. Let's re-defeat fascism in 2016 just like they did in the 40's! Order here!