Of Bear Cubs and Bookplates

Of Bear Cubs and Bookplates

Political cartoonist Clifford Berryman is largely forgotten today. When he is remembered, it is for his 1902 creation of the Teddy bear. President Roosevelt refused to shoot a captured bear cub while hunting, and Berryman drew his most famous cartoon, "Drawing the Line in Mississippi," showing Roosevelt's refusal. His cute cub drawing was turned into a toy Teddy bear and has comforted millions of children.

But in his day, Berryman was considered the dean of cartoonists and, according to Wendy Kail in an article on him in the International Journal of Cartoon Art, drew over 15,000 political cartoons. Like many other cartoonists, he worked in several fields including book illustration. Berryman may be the only cartoonist to have drawn bookplates--the small slip of paper glued in the front cover of a book to proclaim ownership.

Berryman's interest in doing this work may have been influenced by his daughter, Florence, who produced a slim book, Early American Bookplates (1926). The book, reprinting an article she did for the yearbook of the American Society of Bookplate Collectors and Designers, included illustrations of American Revolution figures by her father.

Due to the generosity of a private collector, I'm pleased to be able to present these rare examples of a cartoonist's art. (more information on this plate found here)
Posted by Mike Rhode at 9:21 AM 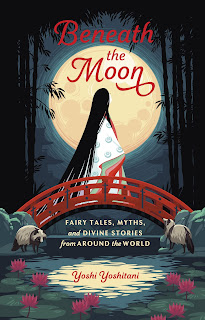