Black Christian Heroes To the Rescue in Comics 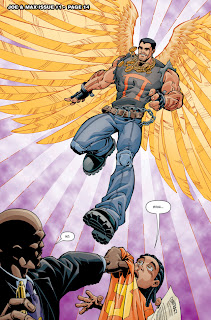 The Post's run a story on comics on the religion page in the back of their Metro section:

Milestone Media member Michael Davis has founded the Guardian Line in cooperation with a religious group. Longtime comics readers may recall Milestone Media as the DC-distibuted black superhero line from the 1990s. The stories were generally good, but there was an explosion of superhero lines at the time, and they didn't really catch on. "Static," cleaned up a bit, did become a Saturday morning TV series, "Static Shock."
Posted by Mike Rhode at 9:53 PM