The Spirit on the radio in DC (UPDATED)

As we've noted in the past, Pete Mullaney is going through the microfilm of the Washington Star, finding items of interest in the comics.

Pete's latest find is that the Star was planning on running the Spirit comic book insert, and advertised it with an ad for Mr. Mystic on May 27, 1940.

They followed that up on June 1, 1940 by announcing the Spirit radio show, which was apparently very rare. 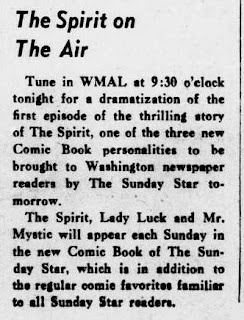 Local writer Karl Schadow researched the show in 2012, after Ken Quattro asked for information about it. Thanks to Bruce Rosenberger for the links to these articles. 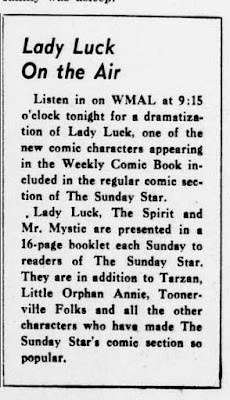 Posted by Mike Rhode at 9:54 AM No comments:

Will Eisner Week exhibit at the Library of Congress 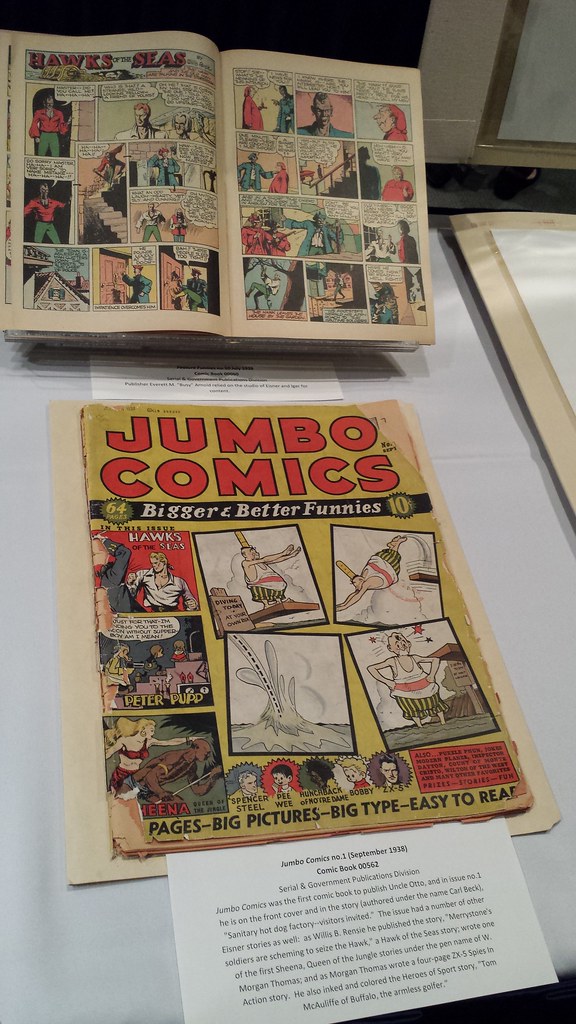 Last week, the departments of Serials (ie comic books) and Prints & Photographs (ie original art and posters) put on small exhibit for a couple of hours in recognition of Will Eisner's 100th birthday. In addition to Spirit comic books, there was original art by Eisner, as well as other comics and comic book pages. 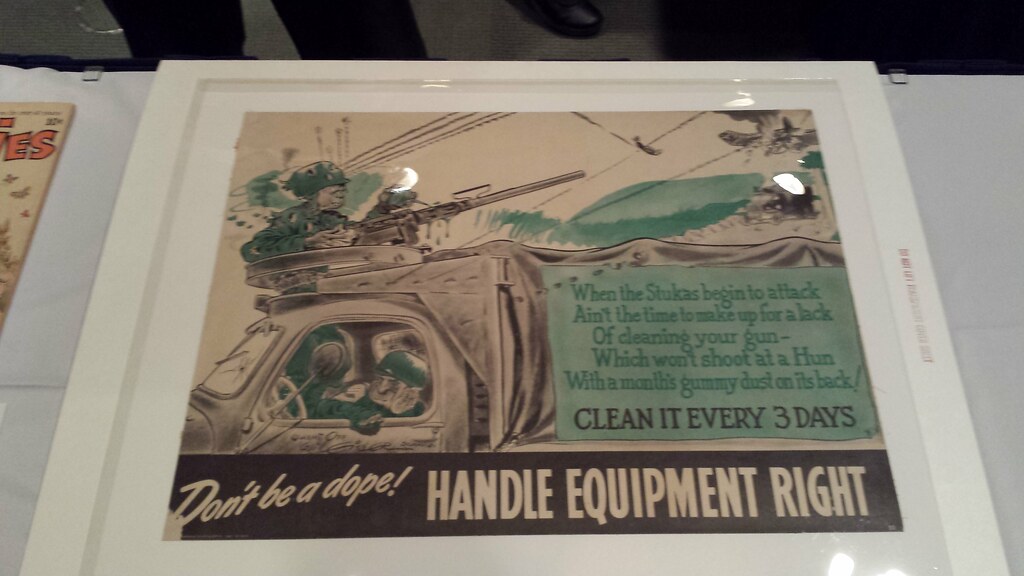 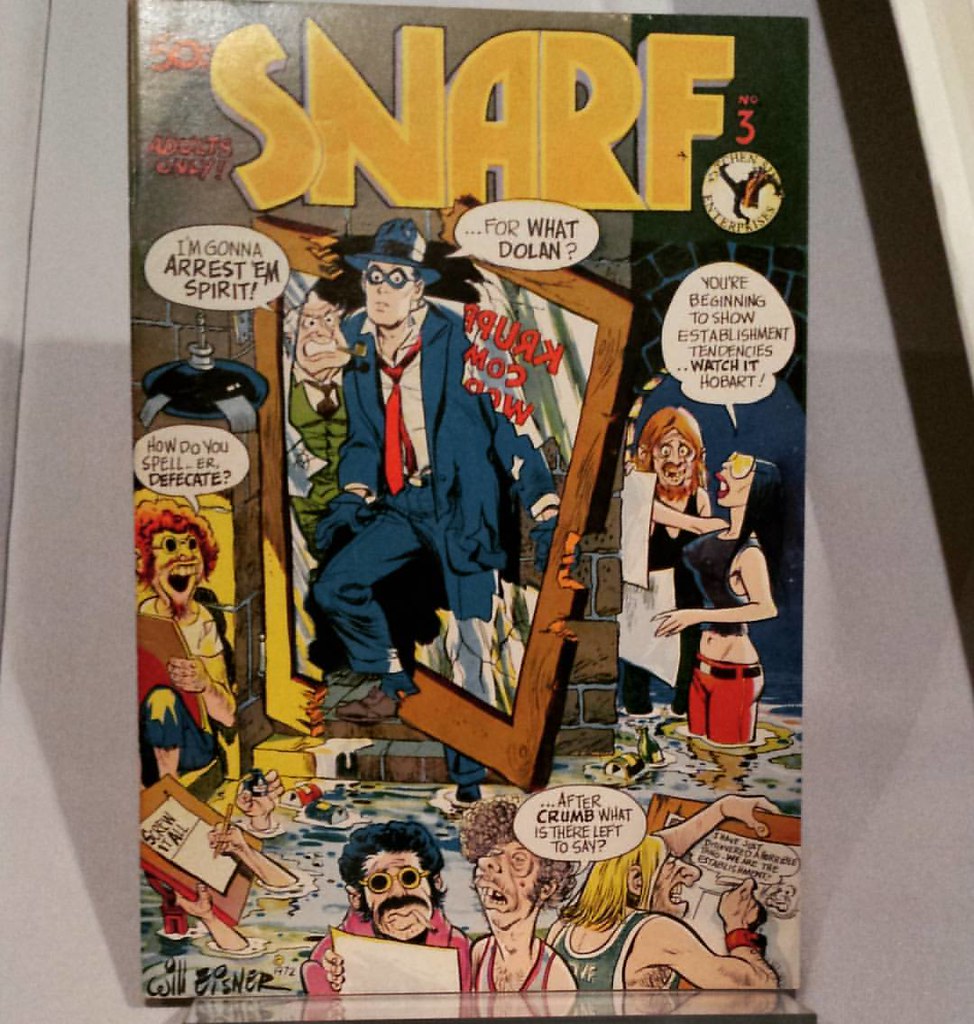 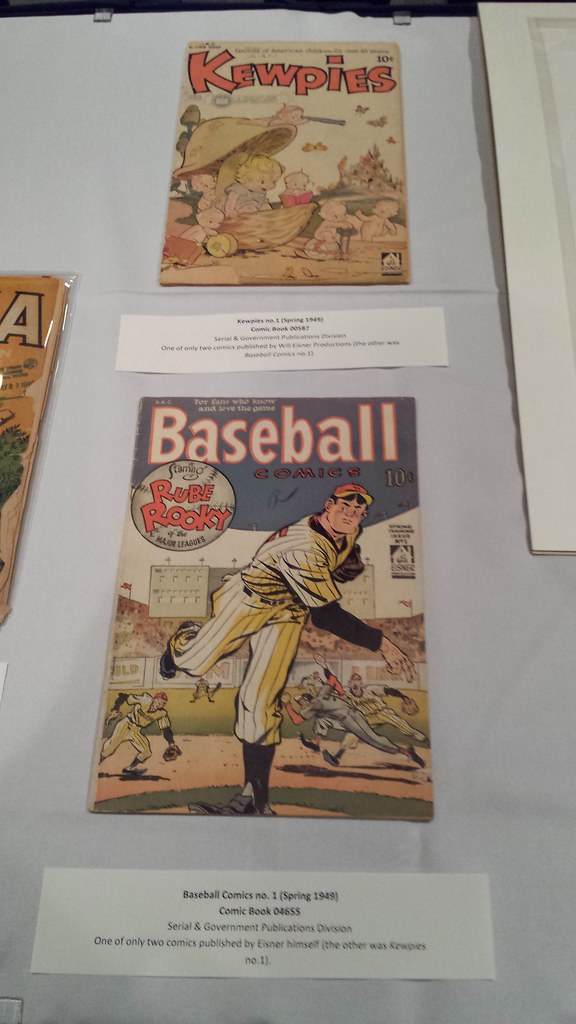 More pictures are on Flickr.
Posted by Mike Rhode at 4:44 PM No comments:

Email ThisBlogThis!Share to TwitterShare to FacebookShare to Pinterest
Labels: comic books, Library of Congress, The Spirit, Will Eisner

This is buried on the Times' website, but it's pretty interesting - "Inside the Layers of a Print Campaign," New York Times.com December 25 2008 - the poster campaign is discussed while alongside the posters themselves load. The last poster shown made it into comic book stores, or at least Big Planet, but I didn't get any of the earlier ones. Hint, hint.
Posted by Mike Rhode at 8:45 PM No comments:

Email ThisBlogThis!Share to TwitterShare to FacebookShare to Pinterest
Labels: movies, The Spirit

Spirit movie reviews, and some other movie bits

People aren't liking it much.

Returned From the Dead, Ducking Villains and Vixens
By A. O. SCOTT
New York Times December 25, 2008

Except for the Kansas City Star.

And the Times reported this morning that Watchmen's legal woes continue.

While the latest Batman movie isn't coming to China.

Can you tell I'm working on the 2008 edition of Film & TV Adaptations of Comics? It should be available in mid-January. Would anyone like to see an expanded bibliography section in the next edition for 2009, one that gives you a lot of citations per film, rather than just one or two key ones? Work on the published edition of the Comics Research Bibliography website should be advanced enough to let me do that, but it'll add dozens of pages and cost more.
Posted by Mike Rhode at 12:55 PM No comments:

Email ThisBlogThis!Share to TwitterShare to FacebookShare to Pinterest
Labels: movies, The Dark Knight, The Spirit, Watchmen

Meanwhile Greg recommends Secret Invasion #8 (eh) and a Spirit collection (yes!) in "Bennett's Best for the week of November 30," By Greg Bennett, Zadzooks Blog December 14 2008.
Posted by Mike Rhode at 9:49 PM No comments: Some of the advertising material for the Spirit movie that was distributed to comic book shops. That's a temporary lipstick tattoo, a set of 4 trading cards of the women in the movie and the box they're in, and a glow-in-the-dark sneaker print sticker. Big Planet Comics Bethesda has a pile of movie posters that they're giving away. I've also seen a keychain with recordings from the movie on it.

Variety didn't like the movie very much (tip from Mr. Media Bob Andelman).
Posted by Mike Rhode at 9:35 PM No comments:

The Spirit of Eisner, and Miller, and Neil Young's Vertigo

Frank Miller is interviewed for his adaptation of Will Eisner's The Spirit comic into a movie at "Artist-Director Seeks the Spirit of ‘The Spirit’," By ANDY WEBSTER, New York Times July 20, 2008. The Times also put audio files up on challenging scenes and movies from comics.

An article on Neil Young reveals that the rock musician's work is being adapted into both an opera and a comic book from DC's Vertigo imprint. In "Morphing Neil Young for the Stage and Page," By TOM SELLAR, New York Times July 20, 2008, Sellar wrote:

...Vertigo, the art-house arm of DC Comics, is turning Mr. Young’s material into a graphic novel. Karen Berger, the imprint’s executive editor, said the idea came from Mr. Young... Ms. Berger assigned the project to the artist Cliff Chiang, and the writer Joshua Dysart. “Josh established this wonderful, modern Southern Gothic approach to the tone of his writing,” Ms. Berger said. “He looked at a lot of Neil’s lyrics and tried to find ways to utilize them where it worked.” And, she added, Mr. Dysart was sympathetic to the work’s underlying vision of social redemption.

Like the Undermain stage collaborators, Vertigo’s team is digging deep into mythologies that Mr. Young has created about the fictitious town. So “Greendale” the graphic novel will feature concepts and characters beyond those introduced in the original recording. The 160-page volume will likely be released in fall 2009.
Posted by Mike Rhode at 9:12 PM No comments:

From Bob Andelman's Mr. Media list (which is very interesting - Bob interviews cartoonists and other media people weekly). And I've bought all of The Spirit Archives - DC's done a great job with them and the material is first rate as one would expect from Will Eisner.

I don't know if you're a collector of the original printed SPIRIT newspaper sections, but on the chance that you might be, I wanted to ask if you could help with a search I'm conducting for a scan of one specific Spirit Section. I'm currently working on the 24th volume of THE SPIRIT ARCHIVES, which will complete the collection of the published Spirit Sections (it contains all of the sections published in 1952), and for the 8/31/52 episode, "The Last Man on the Planet Moon," I don't have a copy of the original printed section that I can use to reconstruct the color for the book. I have copies of every other section's original color, but on this one all my regular sources have come up empty -- Bill Blackbeard, Denis Kitchen, Diamond and OSU are all missing this one section, and Heritage Auctions and eBay have also came up dry. So I'm writing to see if you might have a copy of this original printed section in your collection which you'd be willing to make color xeroxes or color scans (even a relatively low-resolution scan of 150 dpi is good enough to get the color info from) of the four pages for me to use, and, if not, if you know of any other collectors who might have the section whose contact info you could pass on to me. Please let me know.

Thanks,
Scott Nybakken
Scott.Nybakken@dccomics.com
Posted by Mike Rhode at 2:40 PM No comments:

Email ThisBlogThis!Share to TwitterShare to FacebookShare to Pinterest
Labels: The Spirit, Will Eisner
Older Posts Home
Subscribe to: Posts (Atom)