I get a lot of press releases here, and once in a while an off-topic-for-us one catches my eye. As a longtime member of the Grand Comics Database comic book indexing project, I was interested to hear that e-Bay was branding a Spider-Man comic book that would only be available on their site. The internal content of the book is the same as the standard issue; this is just a cover variant.This isn't exactly a new development - Books-a-Million does it for instance. As of this writing, 394 copies, or slightly over 1/10th of the run are sold.

Honestly though, you shouldn't buy this unless you're a collector of Spider-Man, variant covers, John Cassidy, or e-Bay. Variant covers were a significant factor in the last bust cycle of comic book collecting. 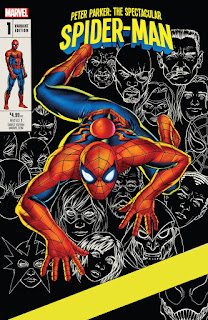 The variant cover features a unique cover design created in partnership between Marvel, eBay and eBay seller My Comic Shop, who commissioned artist John Cassaday to bring the idea to life. An homage to an Amazing Spider-Man cover from the early 1970's, this new limited special variant edition will be available on eBay for $5.99 with free shipping—and just 3,000 copies are being produced. 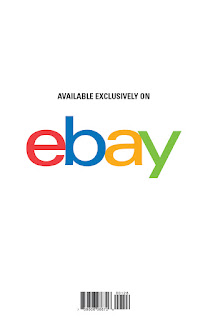