Face to Face - Illustrations and prose by Martin Graff (the Face Zone) and Laura McClure (Animals for Sam), at the Griffin Art Center through 1/31/2015 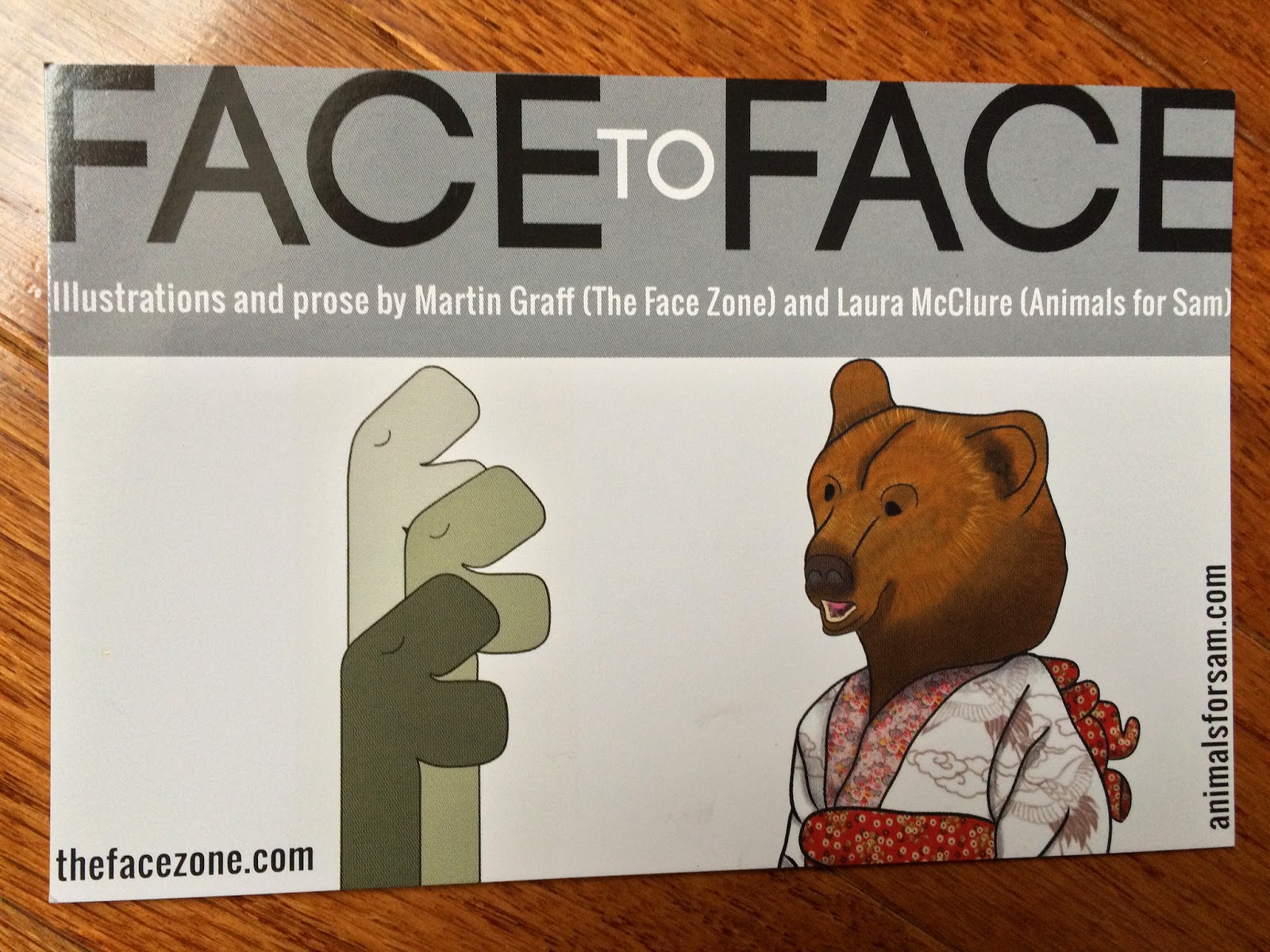 Last Saturday evening I had the pleasure of attending the opening artists' reception for Martin Graff (The Face Zone) and Laura McClure (Animals for Sam), entitled Face To Face. The reception was held at a fantastic space in the heart of downtown Frederick, Maryland, known as The Griffin Art Center. Laura and Martin had their work on exhibit together, in the middle gallery (I believe there were three galleries altogether at the center). I met Marty (as he likes to be called) at another, comics-themed art opening in Frederick last year, and through him, Laura, who also had some of her art at the show. I've been gladly following their work via Facebook and blog posts ever since. While the two have a very different approach to their work, stylistically, what their art has in common is a symbiotic relationship with words. 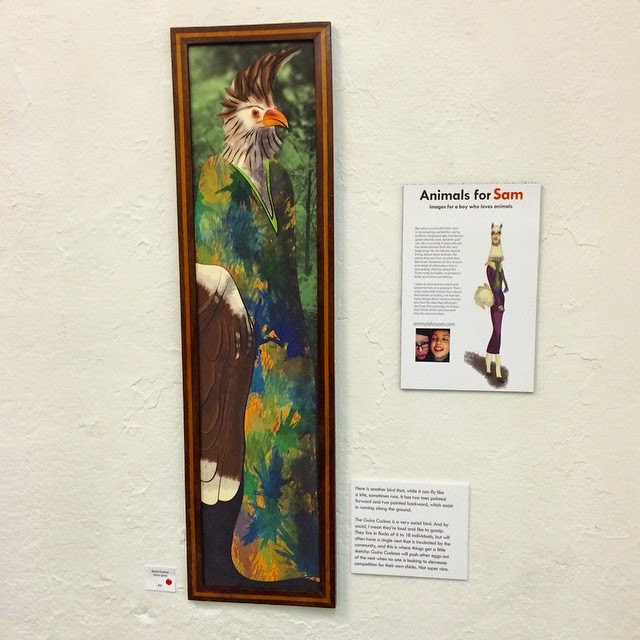 Animals for Sam was started by Laura as a way to keep her young, animal-loving godson Sam informed about a wide variety of animal species - kind of like a weekly digital postcard. Laura hand-draws the animals on her computer, using a mouse, usually dressing them in human attire that relates to a certain aspect of a particular species, mostly having to do with their environment or geographic location. She also merges photographic imagery in the background, adding a sense of depth and dimension to her work. A verbal description, both highly factual and informative, while told in the artist's own conversational style, discusses everything from eating habits, to odd and unique physical and behavioral characteristics. Finally, a small graph is at the bottom of each blog post, illustrating the animal species' level of vulnerability to extinction. I could imagine myself thoroughly enjoying something like this as a boy, who like Sam, held a keen interest in wildlife and the natural world. At the show, the framed digital print pieces were quite popular, as many of them were sold. Looking forward to a book compiling these works, hopefully in the near future! 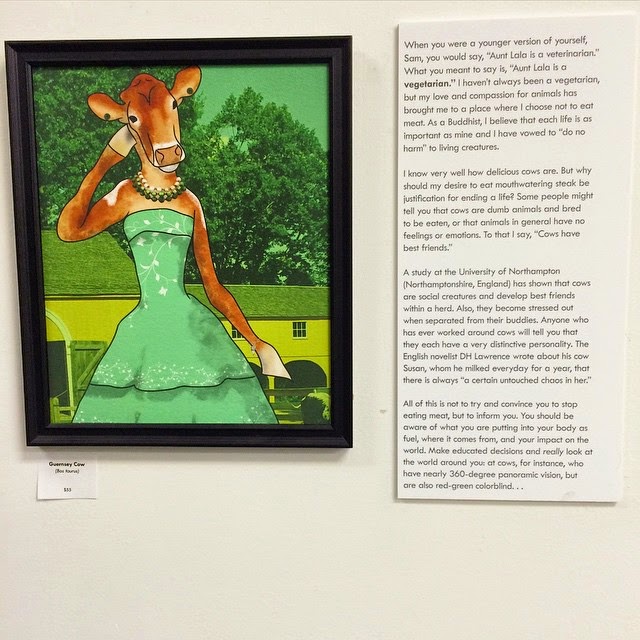 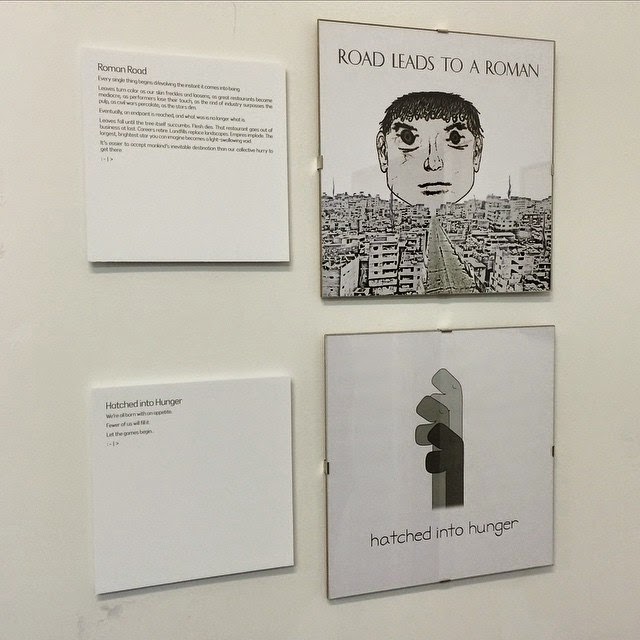 As with many artists and creative types, music plays a big role in Martin Graff's Face Zone works, which employ a cartoon-inspired minimalist approach visually. The influence of punk rock lyricism is evident in the clever verbal wordplay of the sometimes darkly humorous poetry and prose that accompanies The Face Zone illustrations. Martin's blog posts can range from contemplative to laugh-out-loud hilarious, but they always make excellent food-for-thought, which is probably where his influence as a public school teacher comes in as well. Along with his work hanging on the walls of the gallery, Martin had a newly published book compiling his Face Zone material available, a good many of which sold at the show. I highly recommend grabbing one for yourself HERE. In the meantime, don't hesitate to read more about Martin and The Face Zone in this recent article from The Frederick News-Post! 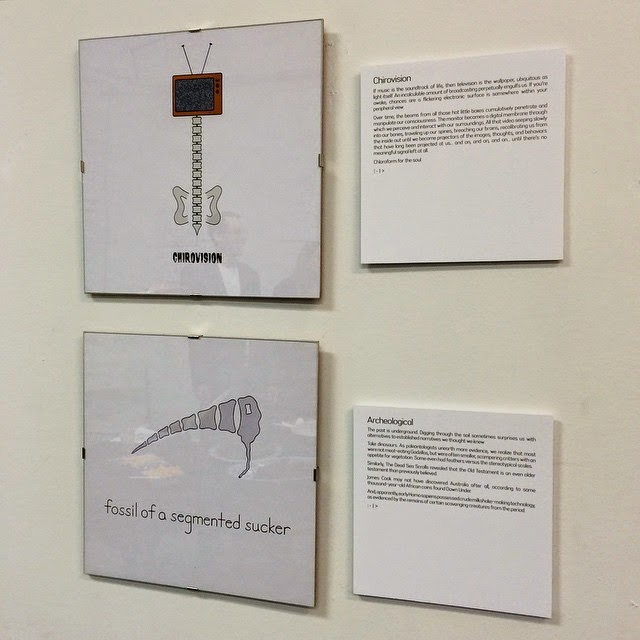 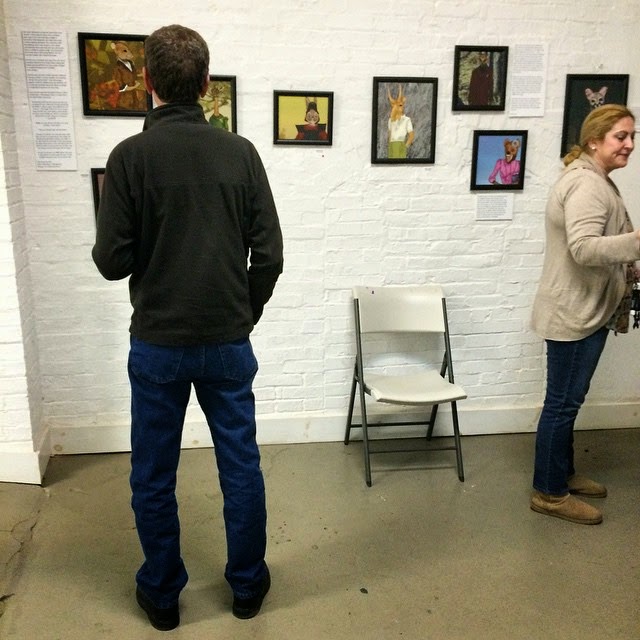 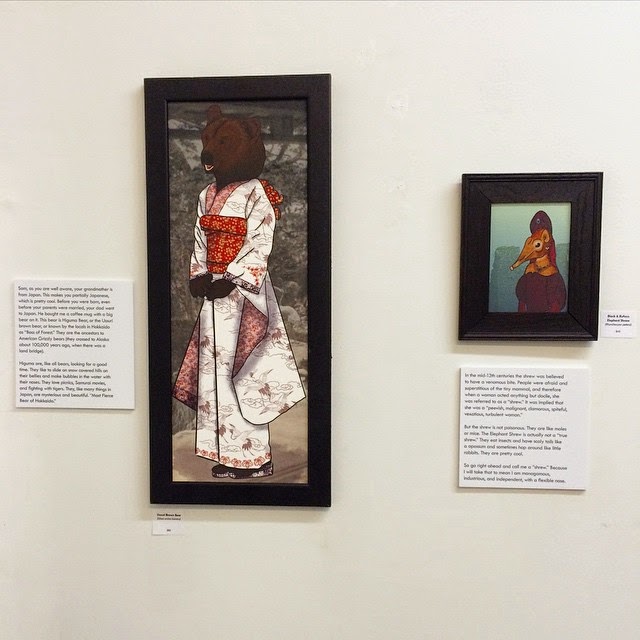 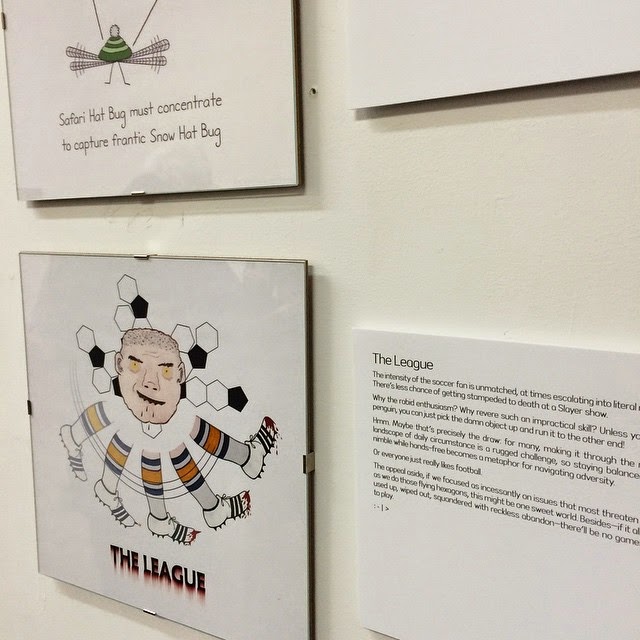 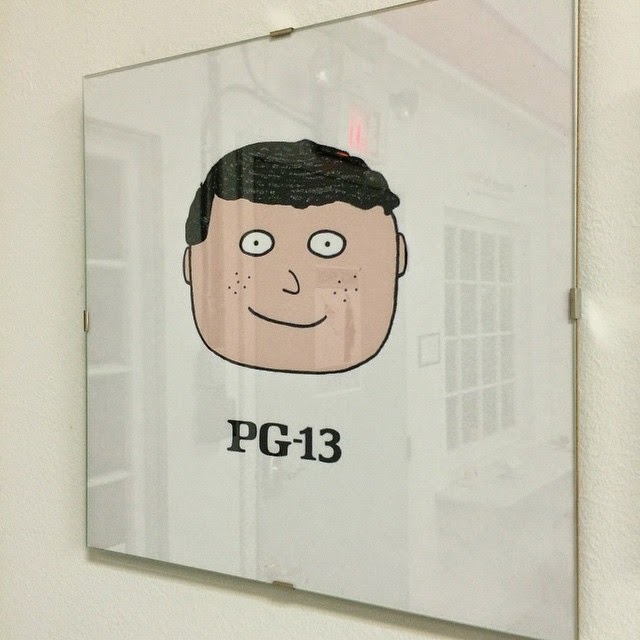 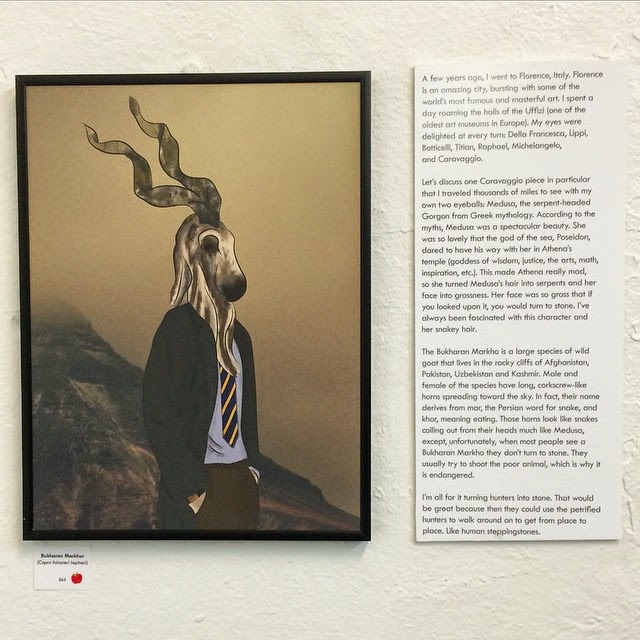 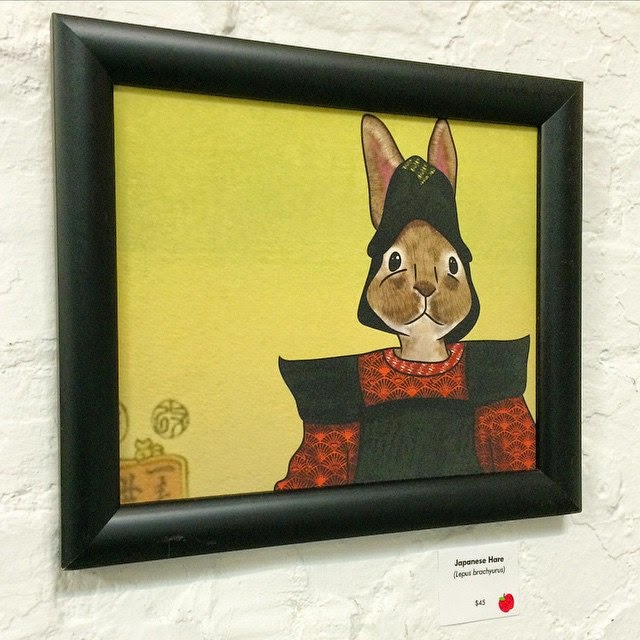 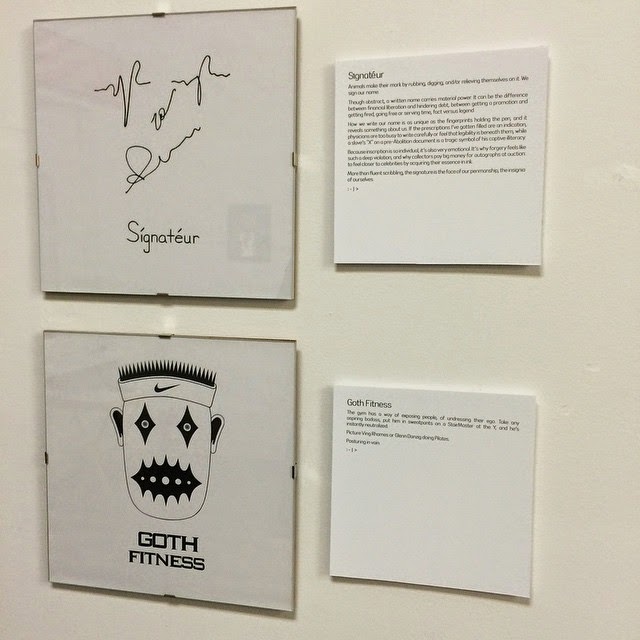 Be sure to check out Face to Face in person, at the Griffin Art Center, which runs through January 31st, 2015! 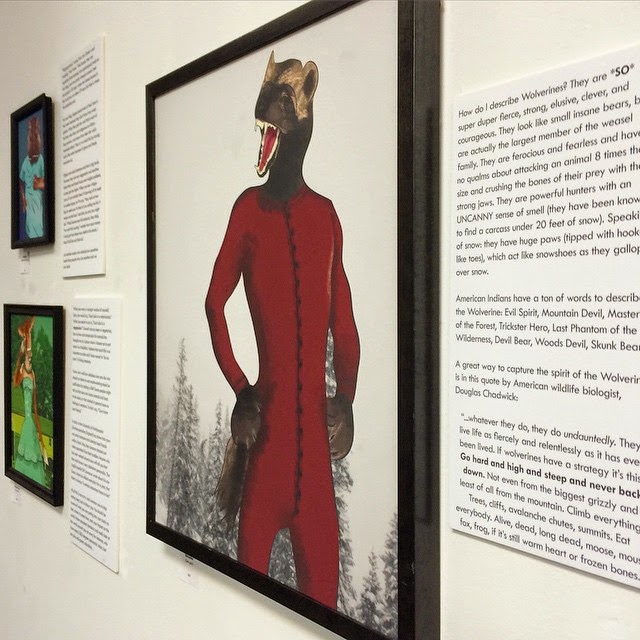