Artists Cuddles & Rage (aka Liz and Jimmy Reed) were on NPR's Facebook Live this week adding to their contribution to the Small Stories room diorama exhibit at the National Building Museum. If you missed it, you can catch the recording here. 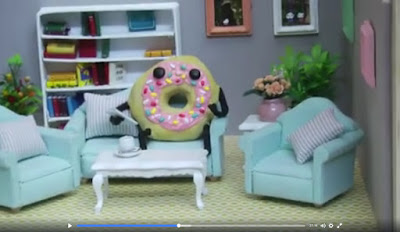 Posted by Matt Dembicki at 9:14 AM No comments:

Q&A with Cuddles and Rage

Local husband-and-wife duo Liz and Jimmy Reed (aka Cuddles and Rage) have been super busy with new projects. On display now at the National Building Museum is their diorama as part of the “Small Stories: At Home in a Dollhouse” exhibit. On the horizon is their first kids book, Sweet Competition, which is due in November from HarperCollins. Below, the Reeds answer a couple questions that ComicsDC posed to them about their work in diorama, comics and now picture books.

So, which came first—the diorama or the comic? By that I mean, which medium did you start working in first and how did it lead to the other? Which one is more challenging for you? 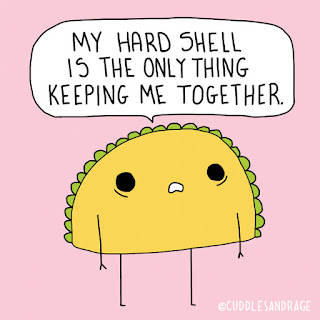 We started with drawn comics first in 2010 and incorporated the dioramas eight months later. Everything started off super simple. Our comics were all paper and pencil, and our dioramas were modest polymer clay characters shot with an iPhone on our kitchen counter. The dioramas were originally a one-off thing. Liz was excited to bring a few of our characters to life in 3D form and shared them with our audience. Our miniature creations really took off when Liz sculpted our evil villain, Dr. Taquito, running in the woods with a knife (the old days of Cuddles and Rage were pretty dark). People loved seeing Dr. Taquito as this tangible thing.

The dioramas are definitely harder to create than the comics. A lot of time goes into making them just right. With the comics, we now draw them digitally and post right away. With the dioramas, we draw the concept, sculpt the guys, find the props, setup the scene, shoot everything with a DSLR, and edit in Photoshop. We love the challenge of making them. It really tests your ability to transform objects into something else. A bottle cap can turn into a pie pan and a matchbox can morph into a miniature litter box. There’s always a little magic in every diorama.

How did cute food become a particular focus in your work? 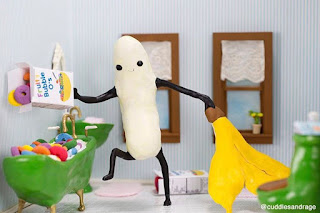 In the early days, we had a handful of reoccurring characters as our main focus – Dr. Taquito, Taco, Nugget, Hippo, and Pippo Nut (a half peanut, half hippo love child), but we didn’t want to limit ourselves to just those guys. If a joke was funny then we’d post it. It just so happened that our most popular jokes were all food based. We think about food a lot and really enjoy experiencing food so looking back it makes total sense. You write what you know, and we know food. This became very apparent when HelloGiggles asked us to create weekly food based dioramas for their site. That’s really when fans started viewing us as “food humor experts.”

Can you outline how you work together? Does one person write and draw, another sculpt, etc.?

We both draw and write. Liz does all the sculpting. Jimmy is actually allergic to the clay. We found that out the hard way! We both keep sketchbooks and are always bouncing ideas off one another. It’s really nice to have a partner who can help you work through a comic so it can grow into something beyond just an inside joke between you and your sketchbook.

Congrats on your upcoming first picture book! How did the idea for the book develop? Did you approach it as you would a comic? 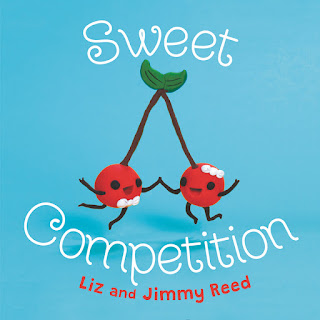 Thank you! Being published is a dream come true. The book deal came about in a really unique way. We came to publishers with a completely different book that was cute but not quite the right fit. With that book we were able to showcase our unique art style and storytelling capabilities, which landed us a deal. Through our comic, they saw we had a million more stories in us and not just that one book. We went back and pitched them five different ideas and landed on the Sweet Competition. Our main characters, the Cherry Twins, stole their hearts with their witty banter and good old-fashion sibling rivalry.

Do you do this work full time? If so, can you briefly explain when you decided to go full time and what were the initial challenges?

Cuddles and Rage was really one of those things where we didn’t want to look back 10 years later and wonder “What if…?” We decided to make the leap into Liz going full time C&R two years ago. At that time, we didn’t have a book deal or steady income through C&R, but we knew it was a now or never situation. We put as much as we could into savings leading up to the career change and cut back on a ton of expenses. Fancy coffees and new clothes were put on hold for a long time. It kind of killed our social life, but we knew it was all for a good cause. Prior to leaving, we’d connected with a literary agent who we later signed with. We basically did what we could to make money (workshops, conventions, commissions) and lived as simple as possible until the book deal came through. Once the book came in, more opportunities opened up and fancy coffees found their way back to us. We’ve been fortunate enough to keep Cuddles and Rage going for the time being. It’s a constant hustle and nothing is a guarantee. If you do leave your day job, always leave on really good terms and stay connected. Those guys will one day be cheering for you when you succeed and will also be there if you need something to fall back on. When you believe in something and always strive to become better at your craft, good things will follow. 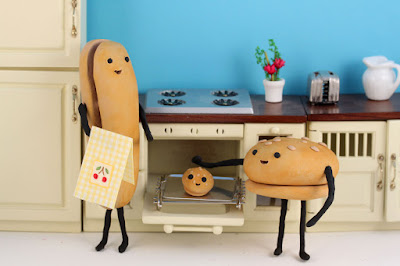 Posted by Matt Dembicki at 9:43 PM No comments:

The National Building Museum has a new exhibit called “Small Stories: At Home in a Dollhouse” that includes among its artists the miniature work of Cuddles & Rage (aka Liz and Jimmy Reed). The D.C.-area husband-and-wife team is known for its cute dioramas and witty comics. On exhibit at NBM is “Banana Bath.” According to the description, “Banana loves waking-up and starting his day off soaking in a cool tub of milk and cereal while devouring a great book. As a single banana living in Snuggle City, he embraces the morning quiet before heading off to a long day at work.”

Also, keep an eye out for their first picture book, Sweet Competition, which is about a pair of competitive twin cherries. It's due in November from HarperCollins.

Cuddles & Rage will also exhibit at Awesome Con June 3-5. On Sunday, Liz will participate on a panel on how to write and pitch books for kids. 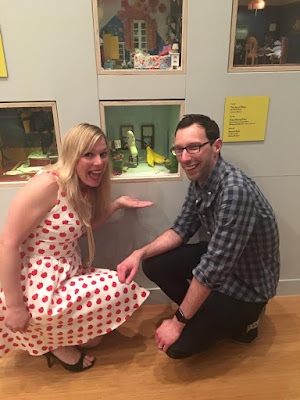 Posted by Matt Dembicki at 11:29 AM No comments: