With Macbeth behind him, Gareth Hinds eyes an "impossibly long list of classic adaptations"


Gareth Hinds just released Macbeth, his newest Shakespeare adaptation. He'll be introducing Macbeth tonight at the Takoma Park Library in MD, Politics and Prose in DC on March 3, and Hooray for Books in VA this Friday. Maria Russo at the New York Times just gave the book an excellent review, writing "The book feels like a remarkably faithful rendering of the world of the play. You can almost feel the damp chill of the Scottish Highlands in the silvery-green palette, and as the murdered corpses pile up, the warm oranges of the candlelit castle interiors inevitably tinge toward the blood-red at the center of the story."

What type of comic work or cartooning do you do?
Graphic novels based on literary classics 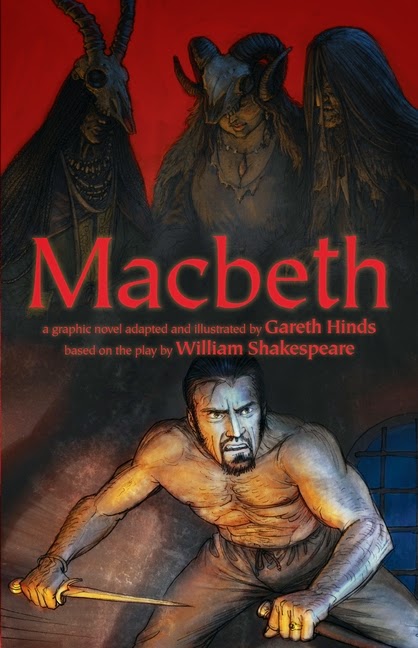 
When (within a decade is fine) and where were you born?
I'm from central Vermont. I was born in 1971.

Why are you in Washington now?  What neighborhood or area do you live in?
My wife took a job at the literacy nonprofit First Book, and we moved to Takoma Park about a year and a half ago.

What is your training and/or education in cartooning?
I went to Parsons School of Design for illustration, but they didn't have a lot of classes on comics, so as a cartoonist I'm mostly self-taught. 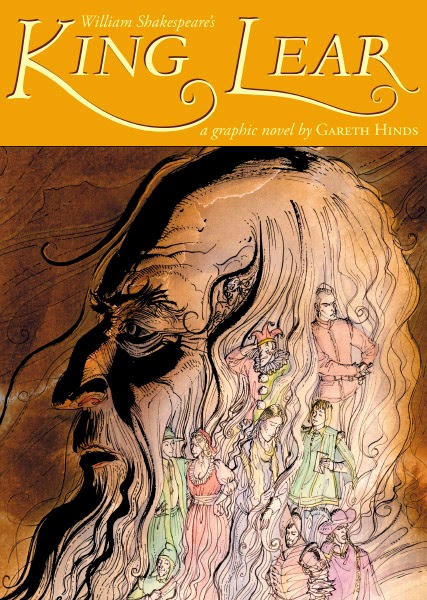 If you could, what in your career would you do-over or change?
I would have probably picked a more popular play than King Lear as my first Shakespeare outing.

What work are you best-known for?
Beowulf and The Odyssey


What work are you most proud of?
When I look back at each book I see things to love and things to groan about. Beowulf launched my career. The Odyssey is my magnum opus (At least so far).

What would you like to do or work on in the future?
An impossibly long list of classic adaptations and original projects.


What do you do when you're in a rut or have writer's block?
Work on something else for a bit, draw from life, meditate, doodle.

What do you think will be the future of your field?
The only constant is change. However, like other media I don't think newer forms of storytelling will make comics go away, though they may become less profitable or change in terms of delivery format. I'm already doing eBooks, and I think they're still in their infancy. We're kind of still waiting for the right reading platform/device as well as a unified format.

What local cons do you attend? The Small Press Expo, Intervention, or others? Any comments about attending them?
I've been at SPX on and off since the mid-90s. I generally don't table, as I prefer to walk around and see what/who is there. I have been a guest at the Gaithersburg Book Fest and am going back this year.

What's your favorite thing about DC?
It's a lot easier to get around to things than New York, and there's more good theater (especially Shakespeare) than almost any other city but New York. 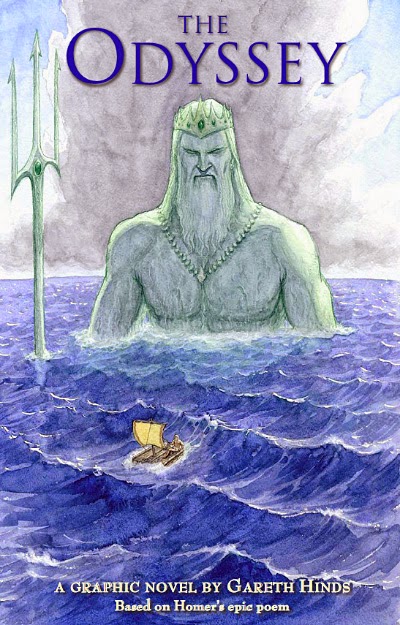 Downtown is just not very interesting, apart from the museums.


What monument or museum do like to take visitors to?
Depends on who they are, but my favorite is probably The Portrait Gallery / Smithsonian Museum of Art. Particularly the Luce Center and some of the contemporary portrait shows.

How about a favorite local restaurant?
There are quite a few options I like, but right now probably Founding Farmers and Comet Pizza Ping Pong (right next to Politics & Prose bookstore!).

Do you have a website or blog?
www.garethhinds.com links to my blog, email newsletter, and social media profiles.
Posted by Mike Rhode at 10:28 AM