Dave Miller is a Virginia cartoonist, and he's funding a new animated film...

Posted by Mike Rhode at 8:14 PM No comments:

Cartoon: Gary Varvel
"The Path to Hope"
The Indianapolis Star

Posted by Mike Rhode at 4:32 PM No comments:

I used to feel ashamed crying in public. Now I embrace it every time. https://www.thelily.com/i-used-to-feel-ashamed-crying-in-public-now-i-embrace-it-every-time/
Posted by Mike Rhode at 1:37 PM No comments:

Posted by Mike Rhode at 9:25 PM No comments:

Among the participants, Adrian Tomine, Meghan Parker and Shawn Martinbrough

P&P Live! Nate Powell | SAVE IT FOR LATER with Eleanor Davis

P&P Live! Nate Powell | SAVE IT FOR LATER with Eleanor Davis

As he was completing his work on the award-winning trilogy March, artist Nate Powell watched in dismay as the world around him fell apart. In this graphic memoir, Powell details his family's experiences during the four year stretch between Trump's election and the COVID-19 outbreak in heartbreaking detail, focusing on his effort to communicate complex issues like institutionalized racism and police brutality to his two young daughters. In an intimate tone, Powell shares their poignant interactions as he encourages them to stand up for what is right. Powell's impassioned call to action is a relevant message for our times. Illustrator Eleanor Davis will be in conversation with Powell to discuss protest and parenthood, and how to equip young people with tools to make their own noise as they grow up and help shape the direction and future of this country.

Eleanor Davis is a cartoonist and illustrator. Her books include How To Be Happy; You and a Bike and a Road; Why Art?; and The Secret Science Alliance and the Copycat Crook. Her graphic novel, The Hard Tomorrow, has been recently released. She lives in Athens, Georgia (pre-covid) and Tucson, Arizona (mid-covid).

Posted by Mike Rhode at 9:34 PM No comments:

April 3, 2021 | by Rich Johnston
https://bleedingcool.com/comics/when-tom-king-sold-an-unpublished-black-knight-story-to-marvel/
Posted by Mike Rhode at 9:19 PM No comments:

Retailers discuss what they've learned from the pandemic

By Shannon O'Leary |
Apr 02, 2021
A version of this article appeared in the 04/05/2021 issue of Publishers Weekly under the headline: A TOUGH YEAR FOR COMICS SHOPS
https://www.publishersweekly.com/pw/by-topic/industry-news/comics/article/85976-2020-was-a-tough-year-for-comics-shops.html
and Third Eye here -

So What Does Marvel's Move to Penguin Random House Actually Mean?

We dig into this massive shift by answering ten key questions related to Marvel's big play.

Posted by Mike Rhode at 8:57 PM No comments:

Posted by Mike Rhode at 8:45 PM No comments:

Meet a Local Comics Writer: A Chat with Matt Kund 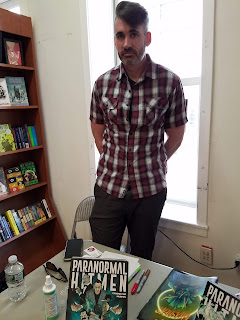 Recently I went to my first comics signing since the pandemic started. Matt Kund and Brett Murphy were at Fantom Comics on Dupont Circle for a few hours. I chatted briefly, bought their comics, took a couple of photos, and asked them for an interview. Here's Matt answering our usual questions.

I’m mainly a writer, I do draw a little and soon I am drawing my first story for an anthology I am part of.

Mostly know I am digital, I love working in Procreate on my iPad, I never thought I would be a digital artist, but that’s mostly want I use now. 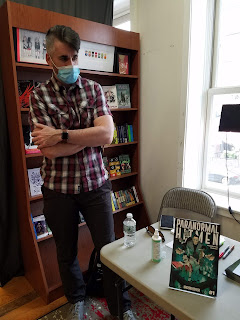 My day job is with the Federal Government.  I live in the Maryland now.

I have taken two classes in comics writing from Comics Experiences and on coloring class at Comic Experience as well.

My influences - writing wise Jonathan Hickman is my biggest current influence.  I would love to be able to craft stories and world build like him

I grew up on 80s Marvel Comics, GI Joe and Spiderman 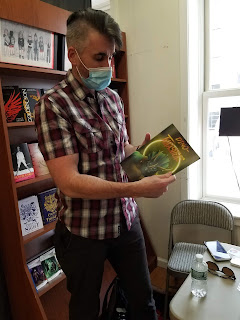 Lee Weeks is my favorite all time, with Sean Gordon Murphy more currently.

Get an early start, I did get serious about trying to make comics till my 30s.

I would think maybe my comic “Digital Forever” a sci-fi comic about a digitally-designed afterlife program. 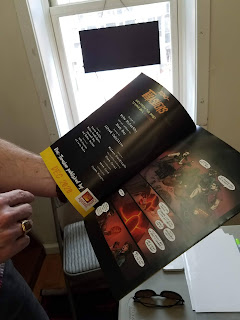 A mini comic I did with call “RX-tiction” with my art and podcasting partner Noah Ray.  I was our first project together that lead to a bunch of future project and friendship built around art/movies and comics, and we told a zombie story with a twist I don’t think anyone else has tried.

I am currently working on a book called “Metal Eagle”, that I’m excited about.  Pitched as "Atomic Blonde" meets "This is Spinal Tap."

I don’t have a lot of writer's block.  I have written something every day for the last 1,500 plus days.  I was really influenced by "The War of Art" by Stephen Pressfield were he talks about not waiting for the muse, setting down each day and being ready for the muse.

What do you think will be your future in the field?

Hopefully as writer, but I would love to have a Jeff Lemire-like career, writing a bunch of books, and maybe doing the art on one. 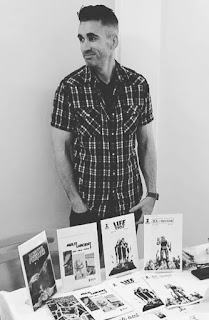 Yeah all 3 of those, and Heroes Con in North Carolina.

I zipped over to the Art Gallery or the Portrait Gallery on my lunch (when I go into the office).  It’s a great outing to get inspired to want to make things.

Tourist not understanding the unwritten law of the escalators, walking on the left and standing is on the right.

National Portrait Gallery, it’s hardly ever crowded and so much fun to see the art!

I have a website MattKund.com, I haven't worked on it lately I was trying for a time to detail the trails and tribulation of trying to break into comics as writer. Hopefully I get back to it.

I have a Gumroad site to buy my comics - https://gumroad.com/forevercomics 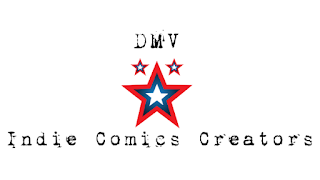 How has the COVID-19 outbreak affected you, personally and professionally?

I haven’t tabled in a year at a con.  But I have been able to Kickstart comic books as a publisher  -“Dino Thrashers” and as a writer - “The Reset” and a few anthology stories.  I run a meet-up group called DMV Indie Comics Creators and since March of 2020 we moved those to Zoom from in person meetings.

Tell us more about your new company, Forever Comics Publishing, your comic from it, and your Kickstarter campaign.

Forever Comics is a small publishing company I formed for my stories. And there is now an imprint mainly to handle sci-fi stories under Ageless Press, with the other co-founder Brett Murphy, who had started Legacy Comics, which is now the horror imprint under Ageless Press. 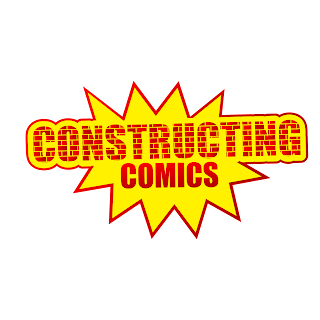 Matt, can you tell us about your Constructing ComicsPodcast?

Constructing Comics Podcast is a podcast I do with Noah Ray. It started off as a page-design podcast (which we still do from time to time). We do reviews of current releases, but we have found a good groove interviewing indie creators and some bigger names at DC and Marvel Comics.

What comic books do you read regularly or recommend? Is Fantom your local store?

Hickmen’s X books, and Pax Romain; Mister Miracle; Anything by Brubaker and Phillips.

Yes, Fantom is my local store, I have been with them since Union Station, but since Covid, I have moved to mail order, happy that I can still help them out and get my books during the pandemic.

Posted by Mike Rhode at 4:36 PM No comments: